Would you buy a Foldable Smartphone?

The constant race to reveal the first smartphone that can [insert marketing message] is something we’ve seen over and over again. Whether it be the thinnest smartphone, the smallest bezels, the first with 3D screens, first with a secondary display, or some other “groundbreaking” feature- the perceived push to “be first” is real.

The latest race is in the arena of flexible displays and foldable smartphones. Rumors suggest Huawei is powering full throttle to be the first to market in November. That may or may not be a good thing, for both Huawei and consumers, but you tell us: are you eager to try/buy a smartphone with a flexible and/or foldable display?

The “race” to achieve this feature has been a marathon and there are plenty of participants. Let’s take a look at some milestones along the way:

The best of the early bunch were shown off in a promo video at Samsung’s CES presentation way back in 2013: 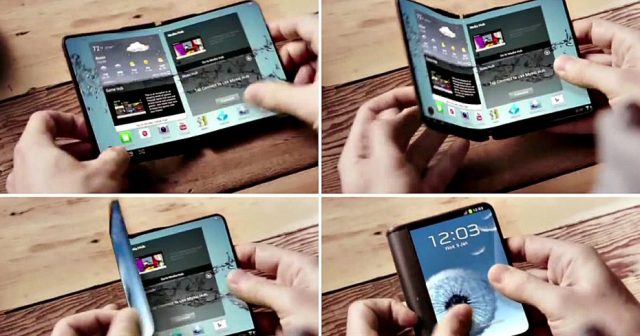 Has the window of opportunity closed?

Flexible smartphone displays are an interesting concept to explore, but work got started on them nearly a decade ago, and lots has changed since then. Are they still a relevant desire worth the innovation?

My first inclination is to say no- flexible/foldable displays on smartphones missed their mark. Since Kyocera, Samsung, and LG first explored the concepts back in 2011-2013, screens have gotten larger, more vibrant, resistant to weather, and with smaller bezels. The big bright screens on today’s phones are big enough, adding foldable/flexible display tech will bulk up internal components, making for an interesting but unrealistic final product.

Take a look at the Samsung renders above. Screen on the front and (the equivalent of) two screens inside for a total of 3 smartphone screens on one device. Seems like overkill, right?

Now consider this: what if you flip that concept inside out, showing screens on the front and back of the device that wrap around, with the components sandwiched together?

The Reason for the Notch?

Having a screen that wraps entirely around the phone might be one reason manufacturers are so adamant about developing “the notch”. If your phone has a screen on both front and back, you’ve got no choice but to embed the camera somewhere on at least one of the screens. Instead of switching between front and back cameras, you point the camera wherever you want and there’s always a display to show your preview.

Being first to market vs. getting the user experience right- a tradeoff we’ve seen play out so many times before. It wouldn’t be surprising to see Huawei rush to market for the sake of headlines, LG follow shortly thereafter, Samsung release a better implementation after a short delay, and 12 months later see Apple reveal a polished version that knocks everyone’s socks off.

At this point anything could happen, but I’m a bit concerned the first wave of flexible display smartphones will serve as nothing more than another gimmick that comes and goes like 3D smartphones screens of the past. They’ll almost certainly sell a whopping number of units – consumers are craving innovation in the smartphone hardware arena – but will innovation come in the form of an evolutionary tech turn or a run-of-the-mill marketing ploy? Let us know what you think in the comments. 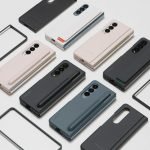 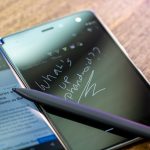 DEAL: The Samsung Galaxy Z Fold 4 is now at i