Smart watches seem to be the next evolution in mobile technology, as well as wearables period. With the likes of Sony and Motorola already seeding the market with watches, as well as Apple, Samsung and Google believed to be working on them, it isn’t all that hard to believe that 2014 will be filled to the brim with digital timepieces. Add in all the successful smart watch Kickstarters we’ve seen to date (such as Pebble and the AGENT smart watch), and you have an entirely new category of tech for these companies to battle for.

Now, another big player in the mobile space seems to be toying with the idea of smart watches. Qualcomm has filed a name trademark for a device named “Qualcomm TOQ,” which is described as a “Personal communication hub in the form of a wristwatch; portable electronic devices for transmitting and reviewing text, data, image, and audio files; hands free devices for mobile phones; battery chargers.”

The patent application, filed June 26th, doesn’t give us much more info than that. Qualcomm rarely, if ever, comes to market with devices that are sold directly to consumers, instead opting to make devices as a reference platform for vendors and developers. This patent could signal that the company wishes to begin making embedded silicon for such devices and will shop those chipsets inside actual smart watches to companies looking for a viable solution.

It’ll be interesting to see what Qualcomm ends up crafting. If their reference platforms for phones and tablets are anything to go by, they will spec this thing out to the max and push the boundaries of what a wristwatch can do. Just this weekend, resident enthusiast Raveesh Bhalla detailed what his ideal smart watch would be like, including things like vibration motors, voice control and color displays. While we can’t say whether or not Qualcomm is looking to implement any of that, history suggests we shouldn’t put it past them. 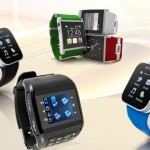 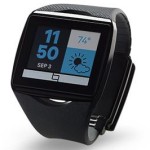 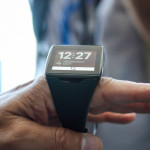