We told you so. For a long time we’ve been talking about Android’s eventual implementation in devices well beyond phones and computers. We’ve joked about an Android Car but agree with the main concept and in actuality, its already in the works. We’ve talked about household information centers running Android and those are in the works too, with what we called Android Hub. But its all much closer than you think… as in 2009 close. 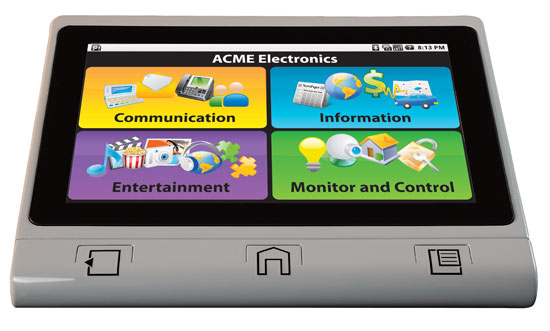 An article published on Forbes.com by Elizabeth Woyke discusses how Android is set to invade homes and it outlines the exact concepts we’ve been discussing and dreaming about since Phandroid’s inception. Only now it isn’t just a concept or idea… its products in motion that will launch later this year.

On “Remote Controls” for home devices/appliances:

The home control devices are designed to talk to major household systems, such as lights, locks, security and heating/ventilation/air conditioning (HVAC).

Touch Revolution is calling the third category of products, “smart phones for the home.” These cordless phones, meant for indoors use only, will communicate via radio waves like typical home phones or through voice-over-Internet-protocol (VoIP) on wi-fi. 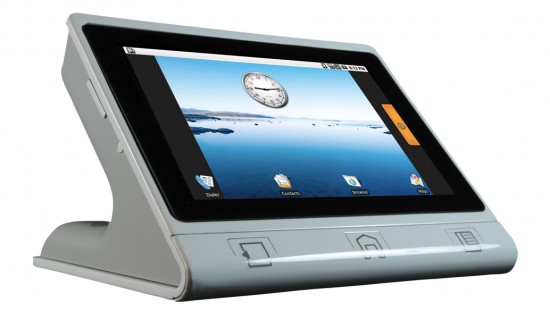 Notice the company name “Touch Revolution”? These folks were talking about their NIMble Android Desk Phone way back in January and THIS is the company who is behind the latest wave of news as well. A quote from Touch Revolution founder Mark Hamblin way back from that January 2009 article foreshadows it all:

“The types of touch interfaces that started with mobile phones will become the standard for electronics devices of all sorts – in the home, at the office, in the car – virtually anywhere people directly interact with technology.  These devices will have a variety of capabilities, features, and form factors – WiFi, GPS, Bluetooth, accelerometers, haptic feedback, small screens, large screens, integrated, stand-alone, portable, … the list goes on.”

We went on to make our own list of possible household, automotive and other appliances/gadgets/tech where Android could be used and it looks like it will actually get done! The Forbes article claims all devices have touch-screens ranging in size from 4.3 to 10 inches and come with charging cradles.

So when and where can we expect these products?

Expect to see most of the products before the end of the year, in the U.S. and elsewhere. Brown says Touch Revolution is working with “companies with major brands” on upcoming launches. Touch Revolution provides the touch screens and Android features, encapsulated in a module. Its partners then customize the hardware and software, if they choose, and bring the product to market. 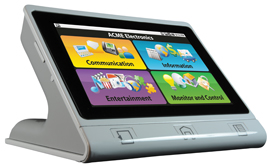 Major manufacturers… if you are listening… please jump on board with this because you’ll make me happy and yourself rich in the process. I kid you not. TouchRevolution haven’t updated their blog since that originally inspiring post but with this latest spike of interest I’m hoping they’ll be convinced to follow up with some updates.

I’m amazingly glad to see that this is still in the works and am incredibly excited to see the results of all Touch Revolution’s hard work! I hope at least one of the main mobile carriers in the US pick up the Android Hub desk phone… that would be SICK (and T-Mobile is expected to).