Return Of The Carphone

According to the Mayo Clinic, adults should get about 8 hours of sleep per night. The argument that we spend 1/3rd of our life sleeping supports the claim we should invest in a comfortable mattress. If we had to think of other places humans (or at least Americans) spend a large percentage of their day, cars would certainly be near the top of my list. So how can we optimize our in-car communication and entertainment experience? With our phones.

Unfortunately, most studies show that mixing mobile phone activities with driving are incredibly dangerous. The Governor’s Highway Safety Association shows that driving while using a handheld device is banned in 5+ states and text messaging is banned in 8+ states. Yet tape decks, radios and CD players have been a staple of driving that aren’t likely to be contested any time soon. So why the gap in thinking and how can we reconcile the desire for in-vehicle communication/entertainment with the need for safety?

Part of the problem with a mobile phone is just that – it’s mobile. You have to fiddle with it, can drop it, the size is small and it takes WAY too much attention to operate while you’re driving a vehicle – hence the bans (which I don’t disagree with). Radios, CD players and other in-vehicle entertainment is often a permanent fixture. You know where it is at all times, you need a hand to use it but not hold it, and the buttons are large and obvious enough to make controlling it a simple task.

One lesson Android has taught us is it’s all about the software, dummy!

Although our phone is what is BANNED from use in the car in many states, it is NOT the phone that we actually want to use. Rather it’s the information and capabilities ON/IN the phone. So what if we could transfer the information from our phone to the actual vehicle itself? Right now there are two very different movements going on in the auto industry and mobile industry and, if they recognize this window of opportunity they could greatly improve lives and safety by working together.

In September 2007, the Open Mobile Terminal Platform (OMTP) recommended that micro-USB become the universal standard for charging and syncing mobile devices (source). Carriers and manufacturers might be reluctant to do so for the same reason many are currently reluctant to adopt Android – it destroys a revenue stream. Lose or break a charger? Good – you have to visit them and buy their proprietary product in order to properly use your device. This ain’t gonna cut it too much longer.

The 38 members of the OMTP should be commended and the entire industry should be working hard to develop USB 2.0, or an alternative technology as a universal standard. The lack of one might be fueling short-term profits but its stifling long-term growth. Sound familiar? If USB 2.0 could be adopted as a universal standard, I truly think we would see the next generation version of “The Carphone”.

It wouldn’t be this type of car phone: 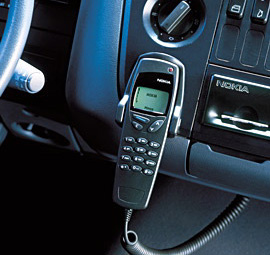 It would be an in-vehicle docking station for your phone that is built in by the original car manufacturer. Not only that, it would be closely integrated with the every part of the vehicle, allowing information and preferences stored in your phone to personalize your driving experience:

We already know Android will be used on Netbooks and will likely appear on other types of devices as well. But this goes well beyond Android. If all mobile devices were charged/synced using USB 2.0, vehicle manufacturers would have a HUGE incentive to look at incorporating a new driving experience into their cars, trucks, hybrids, etc… Considering the state of the automotive industry, especially in the United States, they’re looking for ways to innovate and differentiate. Why not use some of the bailout money towards putting together an innovative program that could truly change the face of personal transportation?

The timing is good, because they’ve already been thinking about that.

In a Register Hardware article from a couple weeks ago, Rik Myslewski talks about Intel’s non-profit partnership with leading automotive manufacturers to develop and promote an open-source reference platform for In-Vehicle Infotainment (IVI). Timely, right? It gets better…

The group is called the GENIVI Alliance and check out some of the group’s members:

Did you catch that last one? Wind River. If that doesn’t ring a bell, they’re members of the Open Handset Alliance, the group of companies supporting Android. According to the group’s first press release, the first IVI platform will be build with an Intel Atom processor running Wind River Linux. The first technical deliverable is scheduled for this summer.

The word synergy is overused, but it applies too perfectly here to use any other term. The mobile market is in a state of transition with a movement towards open platforms creating a tremendous level of innovation. Meanwhile, the automotive industry is attempting to create an open source in-vehicle infotainment platform in a time when they’re desperate for innovation. The core component separating two of the biggest industries in the world from jointly creating an innovative new line of products and services is the adoption of a universal charging/syncing standard for mobile devices.

Recognize the opportunity. Put your heads together. Get it done. I don’t think I’ve ever said this in my life… but I want a car phone. 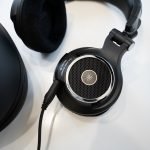