When it comes to sharing photos and videos online, it’s hard to beat Instagram. This is because unlike some other photo sharing platforms, Instagram feels less serious and more fun with all the various filters and effects, and also features such as IGTV and Instagram Stories.

At the same time, we get it. Instagram is owned by Facebook and if you’re not a fan of them collecting information on you, especially seeing creepily accurate advertisements, then maybe it’s time to find a different host for your photos, and here are some of the best alternatives that we have found.

If you’re a professional photographer or a serious hobbyist looking to share their photos with other like minded individuals, then 500px is the obvious place to go. The platform has been around for a while and is usually associated with being more catered towards professionals and those who are taking their photographs more “seriously”.

One of the upsides of using Google Photos is that not only can you use the platform to share your photos with the world, but it can also be used as a backup storage tool that you can access from any device or computer. Sure, it might not make you as discoverable compared to Instagram, but the built-in editor (which is pretty powerful as far as integrated editing tools are concerned) and the ability to backup and access your photos anywhere are pretty compelling arguments.

The platform was launched as an alternative to Instagram and to be honest, it’s probably the closest Instagram alternative on this list. The app features a modern interface where you can share things like photos and music, and according to the creators, it uses a chronological feed.

This means that the app isn’t secretly gathering data about you to create an algorithmic-based feed, which in turn could also mean that they are selling your data. It also supports features such as voice and video calls, similar to Instagram.

Just like 500px, Flickr has been around for a very, very long time and has become a popular place for photographers to upload and store their photos as a backup tool. While it might lack some of the more social aspects of Instagram, it is useful if you’re looking for a place to keep your photos online for backup purposes, while at the same time offering up some social features.

If we had to be honest, we reckon that Pinterest’s algorithms on finding similar images to be much better compared to Instagram. It also works pretty fast and immediately where you can quickly scroll through similar photos based on color, theme, mood, and so on. You might not necessarily be able to become Pinterest famous like you would on Instagram, but it’s still a pretty good place to share photos.

We mentioned earlier that one of the strengths of Google Photos was its built-in editor. If you’re looking for a similarly powerful editor, then VSCO could be worth checking out as well. The app is known for its various filters and effects that you can apply to photos, as well as more advanced editing tools to help you achieve the look you desire.

In addition to being an awesome photo editing app, it also hosts its own community where you can directly upload photos you’ve just edited. Granted, it’s not as popular as a social media platform as Instagram, but the fact that it doesn’t have ads might be a good enough reason to start using it.

Developed by Adobe, it’s not surprising that this social network is geared to all kinds of creatives ranging from photographers, videographers, graphic designers, and more. Unlike the more “fun” vibes that one might get from Instagram, Behance is usually seen as being more for the serious creator who wants to create a portfolio that they can then use to find themselves jobs and businesses. 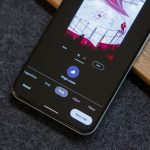 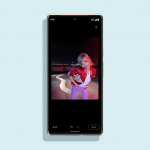