Everything you need to know about Stadia: pricing launch date & games

For those who have been wondering, Google recently held their first-ever Stadia Connect event where they have since officially confirmed the details about the upcoming game streaming service.

In terms of pricing, it seems that Google will be adopting a couple of different models for Stadia, where it will cater to gamers with different needs.

Regardless of which option that you choose, it should be noted that games will still need to be bought and paid for individually. These games are yours to keep and will be stored in your library and can be accessed whenever you want.

This is the premium subscription service offered by Stadia. Google does not intend for Stadia to be a subscription service, and with Stadia Pro, it’s more aimed towards gamers who wish to be able to access a back catalog of older gamers that will be playable at 4K at 60 fps with 5.1 surround sound support, although at the moment, it seems that only Destiny 2 has been confirmed, but we imagine that over time, more will be added to the list.

It is priced at $9.99 a month and will also give gamers access to exclusive discounts on select titles.

In case you don’t see the need to play games at such a high resolution, Google has also announced a free tier in the form of Stadia Base. The main difference is that the games streamed with a Stadia Base subscription will be at 1080p, which isn’t a bad thing especially when you consider that it will probably be faster to stream 1080p content compared to 4K. 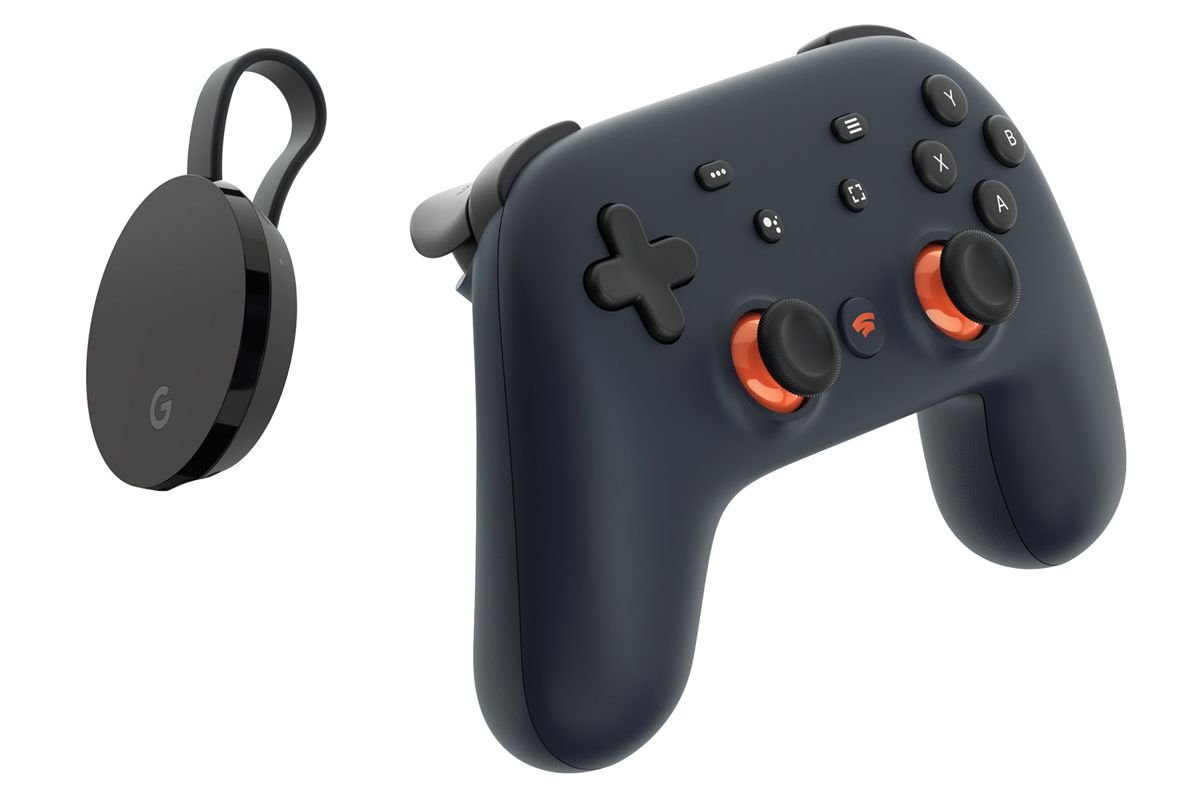 If you don’t mind spending a bit more, Google has also announced the Stadia Founder’s Edition for $129.99. This will come with a Chromecast Ultra device, a limited-edition Night Blue Stadia gaming controller, being able to have “first dibs” on your Stadia username, along with two 3-month subscriptions to Stadia Pro, which means that you’ll be able to gift one of the subscriptions to your friends.

Now that we have gotten pricing out of the way, if you’re wondering which games will be available through Stadia, Google has confirmed the first wave of titles that will be launching with the service. More titles will probably arrive at a later date, but these are some of the titles gamers can look forward to at the start.

Google has confirmed that its Stadia service will be going live this coming November but has stopped short of actually confirming a specific date. We expect that more specific launch dates and times will be shared closer to its launch, but until then, a November timeframe is what we can look forward to at the moment.

One of the upsides of a game streaming service is that it removes the majority of hardware limitations, such as processor speed, RAM, and GPU. This does not mean that there won’t be certain requirements, although it will mostly be about your internet speed.

According to Google, to stream games through its Stadia Pro tier that will offer games at 4K at 60 fps, gamers are recommended to have a 35Mbps internet connection. You will also need a 4K display and a 5.1 surround sound system if you’re hoping to take advantage of those features as well.

But for anything else, Google has set a minimum internet speed requirement of at least 10Mbps for all games, or at least if you’re hoping to enjoy an uninterrupted streaming experience. Google has a handy tool on its website in which you can use to test your internet connection to see if your current package is fast enough for Stadia.