Samsung received a lot of praise this year for the design of its Galaxy S10 family of devices, but the company is looking to push things even further with the introduction of the Samsung Galaxy Note 10 later this summer. A new 3D render of the phone has hit the web, giving us a detailed look at what the final design of the device may be.

As you’d expect, the phone features a Samsung’s Infinity-O edge screen display with a hole-punch cutout for the front-facing camera. Unlike the Samsung Galaxy S10 family, the hole-punch has been moved to the middle to give the phone a more symmetrical look. While the curved glass on the sides of the phone gives it a slimmer profile, Samsung appears to be giving the Note 10 a more angular design with flat bottom and top edges. We haven’t seen anything like this from Samsung in the past, so it’s a nice change of pace.

Along the bottom edge, you’ll find a single speaker grill, microphone, S-Pen slot and USB-C port and a few other microphones on the top for noise cancellation, but there’s no 3.5mm headphone jack anywhere on the body of the phone. 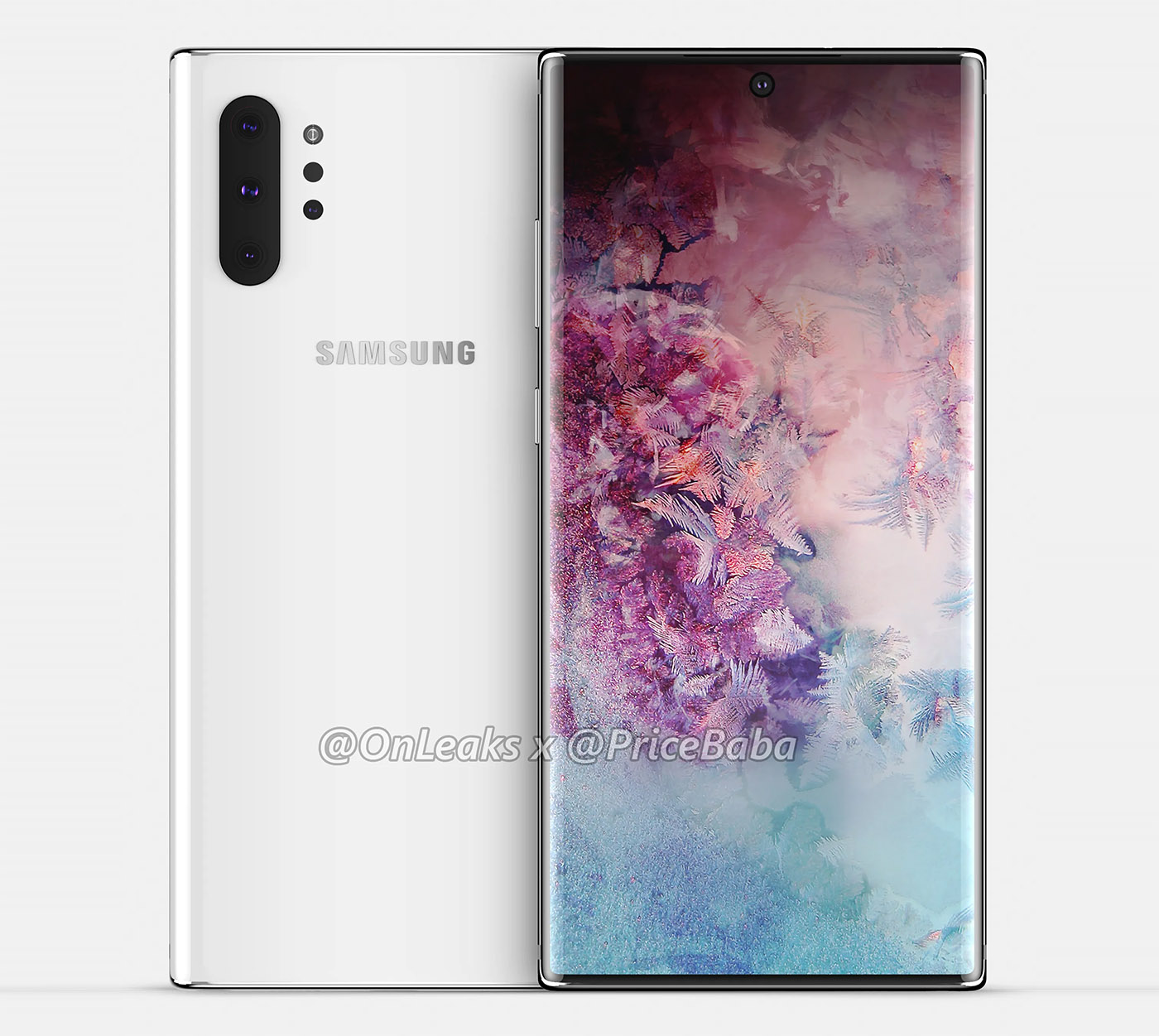 The back of the phone features a large triple camera module which has been shifted over to the left side with several other sensors located next to it. We still don’t know the exact details regarding the different cameras that Samsung will be using, but it’s assumed that the Note 10 will feature a standard, ultra-wide and telephoto sensor and lens combination, similar to that of the Galaxy S10+.

There’s also no sign of a fingerprint sensor on the back of the phone, implying that the Galaxy Note 10 will have an in-display ultrasonic fingerprint sensor. As far as the display size goes, the images here depict the Samsung Galaxy Note 10 in two different sizes, a first for the Note series. The base model is expected to have a 6.3-inch display while the NOte 10 Pro is said to sport a 6.75-inch panel, making it slightly larger than the Samsung Galaxy S10 5G. 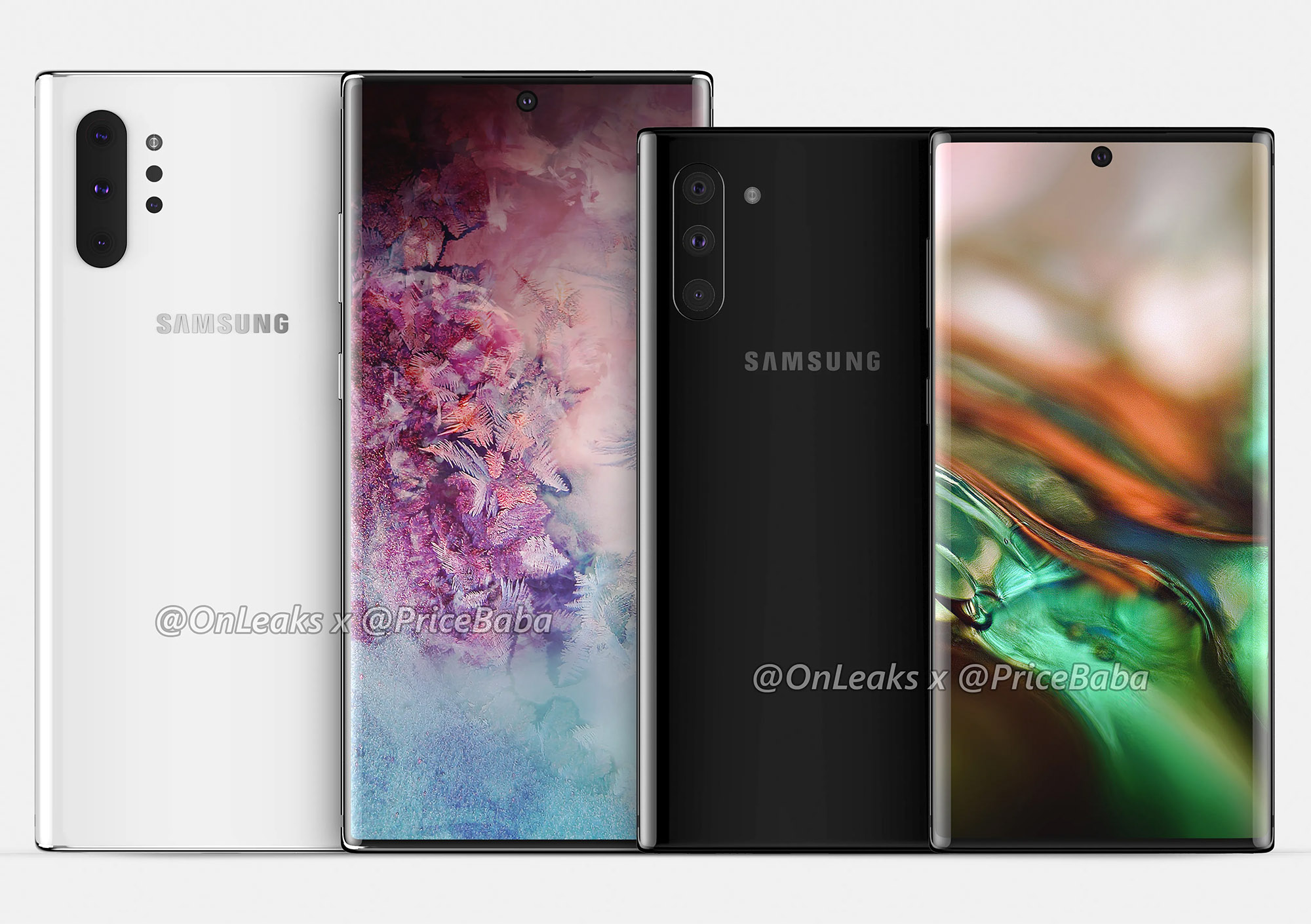 With an expected launch sometime in August, we still have at least two months to go before we’ll be able to get our hands on the Samsung Galaxy Note 10. The device will definitely impress when compared to standard flagship devices, but we’re not yet sure if the phone’s ridiculous starting price will actually be worth it.