Just in time for the holidays (you know, when you’re sure to be snapping plenty photos of friends and family) Facebook is hoping you’ll make Messenger your go-to for sharing memories with loved ones. Facebook announced today that they’re once again upping the quality of photos sent through Messenger.

Back in May, you may remember Facebook adding an “HD” button inside of Messenger with the option to send photos in small, medium, or large sizes. It was certainly an improvement but even at its highest setting, a photo that was a few MB in size would still be reduced to a few hundred KB — a drastic downgrade from your phone’s high-resolution photo capabilities. 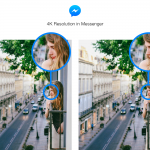 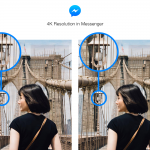 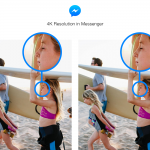 Fast forward to today where Facebook is promising “4K” resolution when sharing photos with Messenger. It’s interesting how they’re using 4K (the tech industry’s latest buzzword) but really mean sizes up to 4,096 x 4,096 pixels per image — roughly the equivalent of about 16MP megapixels. The other interesting part is Facebook says these photos send at the same speed as they did previously, although it’s not entirely clear how they manage this feat. Possibly uploading a smaller file size first, then larger later? Who knows.

The new 4K resolution photo sharing comes after notable updates like Messenger finally making the decision to kill off their awful custom emoji, real-time location sharing, playable Spotify links directly inside chats, and even the ability to place online deliveries. Now if Facebook could just improve the quality of photos hosted on their actual site to something above potato quality, they’d really be onto something. Or maybe that’s coming soon as well?

4K photos are only available in the US, Canada, France, Australia, the UK, Singapore and South Korea, with more countries being added in the coming weeks. To take advantage of the new 4K photos, make sure you update to the latest version of Messenger that’s currently available in the Google Play Store. Link provided below.

How to turn on WhatsApp’s fingerprint l 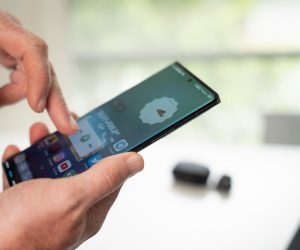 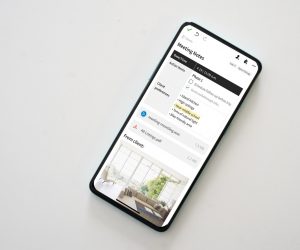