Way back when we started Phandroid in 2007 the web was a much different place. Even our early articles got 100+ comments and they were powered by the built-in WordPress commenting system.

Much like Android, WordPress was built as an open source platform that allowed developers to extend its power through customizations. Several popular developers built discussion and commenting plugins to enhance the community aspects of WP blogs and websites. The one that has gained the most popularity over the past decade is the plugin we use now- DISQUS.

As the DISQUS install base grew rapidly they became the defacto standard. It was free, feature-filled, and started putting competing platforms out of business. And once they reached a critical mass… it was time to pull the money lever.

At first, DISQUS offered website owners the option of embedding ads in comments, promising to share in the profits. More recently, they’ve forced advertisements into comments unless website owners pay a monthly fee. We provide a free product ourselves, so we certainly understand the value and importance of ad-supported services, but I’ve personally noticed an increasing amount of spam in our comments as spammers see DISQUS as a high volume target.

In the past, we’ve considered developing our own internal commenting system that would require users to have our Phandroid News for Android app installed to either view comments, leave comments, or both. We felt this may build an even tighter community of Android enthusiasts (you would need an Android device to comment). We’ve also considered limiting comments to those who contribute a monthly subscription, further eliminating spam, trolls, and FIRSTers. But we also know there is a contingent of users who may find the convenience of DISQUS as an only option.

So I’m asking you: how do you feel about DISQUS? Love it? Hate it? Don’t really care?

And how would you feel if we limited the community to Android users who have proved themselves as enthusiasts by downloading our app (and possibly contributing a VIP subscription)?

This is NOT a sign of things to come. I like to keep my finger on the pulse of our community to help make decisions that will improve your experience. So please: let us know in the DISQUS comments below how you feel about commenting on Phandroid and commenting on the web in general.

What do YOU want to see that would make commenting perfect? 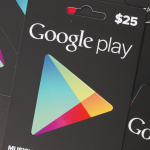 5 New Android Apps to check out this week (MA