Would you buy a rugged Casio G-Shock smart watch if it was revitalized with Android Wear? [POLL]

Ask most people who they think started the smart watch revolution, and many would likely point to Pebble’s initial eInk-based offering as the pioneer. As true as that may be for more contemporary options, Casio would beg to differ — they’ve been making moves in the “smart” wristwatch arena for a few fair years now, and came along just as soon as products from Sony and Motorola’s respective camps. The Japanese company has a long standing line of Bluetooth-equipped watches that can send and receive data to and from Android and iOS devices. 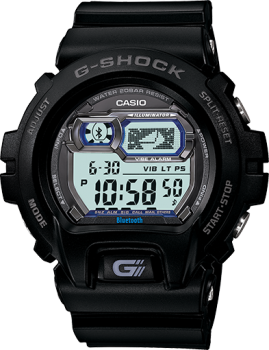 Those watches — many of which exist in Casio’s storied G-Shock line — aren’t quite that flexible: you’ll get very thin notifications about incoming messages and calls, and they also send limited workout information to a smartphone companion app of theirs. It doesn’t let you get down and dirty quite like Android Wear, Samsung’s Tizen watches or the Pebble, but it works. What if we told you they’d be looking to eventually up the ante?

The company has recently updated their trademark for the lineup, and its description is chock full of smart watch features that many of the market’s latest options boast. References to “controlling music playback on a mobile device or computer” and other typical smart watch uses can be found littered throughout. Here is just a snippet of what you’d find should you venture over to the USPTO:

And all of that is before they even make mention of the trademark being for an actual time piece. Sounds like all the makings of some of the latest smart watches on the market.

We’re not sure what Casio could offer in the software department that we haven’t already seen from the aforementioned competition, but one thing we have yet to see is a smart watch with the same toughness and tenacity that Casio’s G-Shock line has come to be known for. I certainly wouldn’t mind an ultra rugged smart watch, especially considering how much more exposed to the elements that class of devices is poised to be compared to a smartphone.

Whether Casio’s updated trademark is a sign of things to come or them wanting to make sure their existing options are protected from copyright intruders remains to be seen, but considering the company’s unexpected trek into the smartphone arena on the backs of Verizon and Android we wouldn’t put anything past them. Would you want to buy a Casio G-Shock if it ran Android Wear? Hop to the poll below, and leave a comment letting us know if you’d pass on today’s options for something a bit more tough. 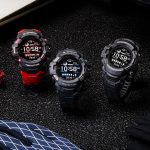