We’ve seen private establishments like bars ban glass. We’ve seen social backlash about Google Glass being for being “Glassholes” (the term is lamer than the tech). But one place Google Glass hasn’t been banned yet, although it’s in the works: your car. 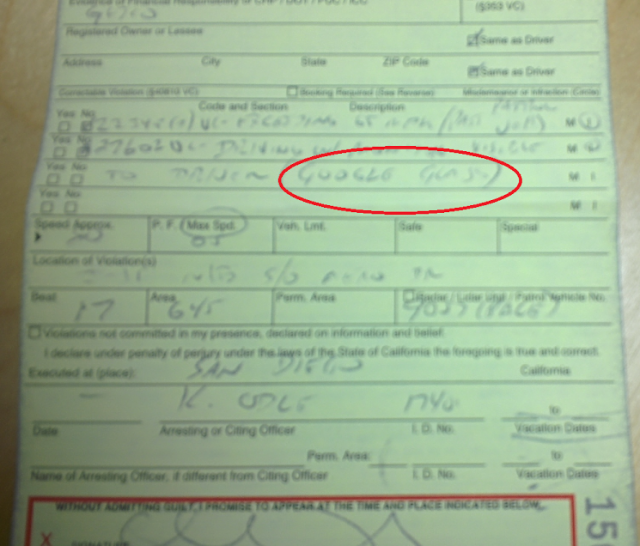 There is no publicly available information discerning the legalities of driving with Glass and at most (in my opinion), Cecilia should have been given a warning, well wishes, and been on her way.

This was bound to happen at some point and the ruling on Ms. Abadie’s case could become important to the future of Glass from a legal standpoint. According to fellow Glass Explorer Matt Abdou the law being contested is called V C Section 27602 Television and technically, based on the verbage, it seems Glass could be considered legal under these circumstances. 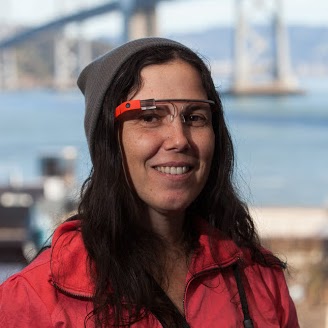 However, there is also a list of exceptions, and one could consider Google Navigation with Google Glass a valid exception:

A visual display used to enhance or supplement the driver’s view forward, behind, or to the sides of a motor vehicle for the purpose of maneuvering the vehicle.

Not to mention, while texting and driving may be illegal in some states, looking at your phone while driving is not. Neither are Garmins. Unless he can prove she was watching a YouTube video or doing something entertainment based, she should be able to avoid a penalty.

This opens a can of worms for Google Glass at a very important time. Google has just announced a new hardware version of Glass and is also letting Glass explorers invite 3 friends to the program. Glass is supposed to launch publicly in 2014 and far fetched rumors suggest a floating barge in San Francisco could host the first Google Glass store.

One thing is for absolute sure: Cecilia shouldn’t be subject to ambiguous laws created by the intersection of an ancient legal system and innovative technology. Let’s spread the word about this case and see if we can’t force some justice.

Just one question, Cecilia… any chance you recorded the whole thing with Glass?