This isn’t Android news, but we found it interesting and it may have some relevance to the topic. The latest Google Chrome OS update has substantially changed the way the cloud-driven operating system works. Before, there was just a browser filling the entire screen with as many tabs as it could handle. Now, you’ve got a concept of windows and taskbars, not unlike the interfaces you see on Windows, Mac OS, Linux distributions and more. Google calls the engine that drives it “Aura.”

At the bottom of the screen are shortcuts and bookmarks to your favorite web apps and sites. Offset to the right is the status bar, which houses information like time, connection status, battery life and more. It’s an interesting change, all things considered. The original idea of Chrome OS was to be a simple, web-based, lightweight, power-efficient operating system. 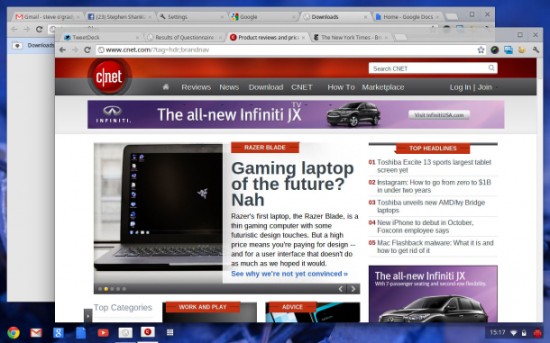 Having a single browser window populated with tabs made a lot of sense for its purpose — since everything is done on the web and in the cloud, you only needed one window. It makes very little since to introduce a multiple window interface. If each “window” is little more than another instance of the browser, then what’s the point? It’s not like any of the web apps can’t coexist in the same instance.

So what’s the reasoning? I’d venture to guess Google was having trouble selling the common consumer on the original idea and concept. It didn’t look or feel like a normal OS so average users probably didn’t want to take a chance. And that’s totally fine – Chrome OS simply isn’t for everyone. But it seems like Google is doing this just to conform to style and to attract eyes who simply aren’t ready for change.

If you’re going to do that, I’ll just ask one thing: why not just focus on adapting Android to desktops? It exposes users to an already-bustling ecosystem of apps which are likely to be more comfortable to get used to than relying solely on web-based interfaces and services. 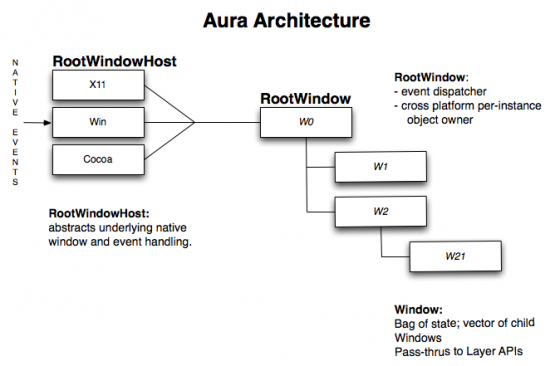 I hate to say it, but it wouldn’t hurt to go the Apple route — it’s clear that they’re trying to transform Mac OS into iOS for desktops, and I don’t think it’d hurt to do the same with Android. In any case, this is your new Chrome OS and it makes absolutely no sense. [via ChromeSpot]

PS: There were still some good changes, though, including support for .tar, .gz, and .bzip2 formats, as well as improved multi-monitor setups.