LG Mobile may be dead but their software updates aren’t!

Despite leaving the smartphone market last year, LG continues to support some of its devices with security patches and Android 12 updates.

LG states in the blog post that this is a “provisional plan” created “prior to rigorous technical evaluation,” and that an update that does not meet the company’s usability requirements may not be deployed. Some updates may not appear outside of Korea, according to the post.

Certainly not winging it

LG’s smartphone venture lasted for a long time before failing in recent years. With launches like the LG G2 and V10, the business pushed the envelope multiple times and got fantastic reviews throughout their respective heydays. While many critics applauded the company’s new initiatives, they just weren’t good enough to take off. The Wing, for example, was fantastic in theory but had a lot of problems, such as establishing a target market.

The timeline is in line with the company’s three-year commitment, which it made shortly after confirming the death of its smartphone division. “Premium phones released in 2019 and after (G series, V series, Velvet, Wing)” will receive three generations of Android updates, according to the company.   It’s unclear if the business intends to update any of its phones to Android 13. 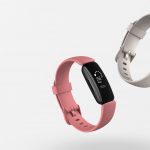