It happened. This year’s Apple event held the announcement everybody was anxiously expecting: Apple iOS 15 is coming to a device near you this September 20th. Then, four days after it hits, the new iPhone 13 comes next.

Apple’s grandstanding on privacy issues has been widely criticized over the last few years — and critics laughingly include Facebook, of all corporations. But it seems that the Cupertino tech giant is finally ready to put its money where its self-indulgent PR is. The new iOS includes several new iPhone security features. And some of them could be the privacy milestone expected for such a long time by so many hardcore Apple devotees.

But let’s not forget that even during last year, Apple was already pushing on privacy with iOS 14. Unfortunately, some of the new features released back then became a nightmare for other tech giants like Facebook or Google. iOS 15 will take things even further. The new features are expected to put iPhones apart from the rest of the market more than ever. Here are the most important innovations.

There is a reason why trustworthy privacy blogs such as PrivacySavvy and SpreadPrivacy keep praising Apple more than the rest. That’s, it really cares about users’ privacy. It seems, the tech giant is taking that to the next level.

And since Apple has the App Tracking Transparency thing going on (apps must have your consent to track you), this new privacy dashboard will include that information, but not just out-of-the-box. Instead, it will come along in a later iOS 15 release.

The new iOS 15 operating system is also going to stop email tracking on your iPhone. This feature will allow you to protect your email in Apple Mail so that marketers can’t record your IP address or any other identifiable piece of data every time you open one of their mails. This new feature is nothing short of brilliant.

In our currently over-tracked Internet environment, something like this has been sorely needed since quite a while ago. So don’t even think about it. Just go ahead and turn it on as soon as your iOS 15 is working.

Starting with iOS 15, Apple’s own ads will be optional. You will have to see them only if you opt-in. Given Apple’s much-publicized stance on privacy, it’s shocking this has not been the case for years. That being said, it’s better late than never.

The option to get rid of the Apple ads will be shown to you during one of the iOS 15 welcome screens, so be sure to pay attention, or you could miss it.

iOS 14.8 was released only last September 16th — three days ago. It addresses two security issues. One of them is the zero-click vulnerability that Pegasus spyware was exploiting until now. So if you haven’t applied the 14.8 update, what are you waiting for? It’s critical, and you should use it now.

But we learned new information about iOS 15 from 1.48, and it’s fascinating news: starting with the latest iOS version, security and feature updates will be kept separate. This means that you won’t be forced to update your iOS again because of security concerns. If you wish to keep your iOS version unchanged in the future, you’ll be able to do that without missing out on any security updates and features.

iOS 15 has been in the works for quite a bit of time. But the wait has been worth the time as Apple’s renewed focus on security and privacy are better now than in any previous version.

And I’ve covered only the surface. For instance, Private Relay is still in the beta testing face, so we didn’t include it at all. However, it will be part of the new iCloud+ package. It supposedly will break the identity chain, so it should change the game regarding privacy protection.

The new iOS is only a few days away, and I already can’t wait. I will download and install it as soon as humanly possible because Apple is, at last, giving us a new iOS that is genuinely innovative with features that have to do with the things we, the users, really need in the new digital universe. Stay tuned for more information on iOS15!

How to migrate WhatsApp data from an iPhone t

Apple and Google’s app stores could soon be

WhatsApp chat history transfer from iOS to An 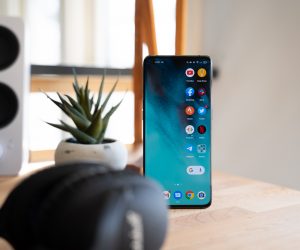 more_vertOppo’s foldable phone could give Samsung a

A recent rumor has revealed some alleged specs of Oppo’s foldable phone. Assuming they are true, it seems that Oppo could have a phone that could rival Samsung’s recent foldable launches. 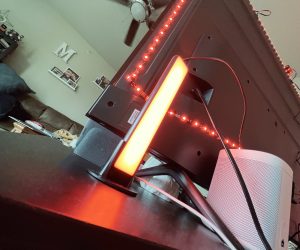