There is a certain satisfaction associated with solving problems on your own. It can feel incredibly rewarding, which is why we imagine many people love puzzle-based games. If you think that you might enjoy a brain scratcher every now and then instead of mindless shooting or hacking, then we reckon that these games are definitely worth checking out.

It goes without saying that the Monument Valley franchise is one of the most recognizable and iconic puzzle games on mobile devices. Not only does it sport a fantastic soundtrack that’s completely relaxing, but it also features beautiful serene graphics that feels like a combination of minimalistic and abstract art. Both Monument Valley 1 and 2 have been out for a while now but they are still very much worth checking out even today.

Professor Layton and the Curious Village

If you’ve ever owned a Nintendo DS handheld console, there is a good chance you might be familiar with the Professor Layton franchise. This is without doubt one of the more famous puzzle games around. The difficulty of the puzzles range from being extremely easy to frustratingly difficult, but it is still incredibly fun. The game was eventually ported over to mobile where it was also given a HD makeover. While it is not exactly cheap, the amount of entertainment you get from it will be worth every penny.

The entertainment of puzzle games is largely based on the complexity of the puzzles, but who’s to say that they can’t look good and be challenging at the same time? Machinarium, while an older title, still holds up incredibly well today thanks to its hand-drawn backgrounds and quirky animations and effects. There are no words to this game so it is entirely up to the player to figure things out on their own.

Crossword puzzles have been around for ages, and the ones appearing in New York Times has become a classic, so it doesn’t really come as a surprise that it eventually found its way onto mobile devices, nor does it really need that much of an explanation. The game itself is free to download, but if you want to receive new crossword puzzles, then you will need to purchase a subscription.

Threes! might look like a relatively simple game at a glance, but it can grow to be incredibly challenging. There is a good chance that you might end up spending way more time on the game that you previously thought, but it’s not a bad thing. The game is quick and easy to start where players need to combine numbers together to as high as possible without running out of moves.

The Hitman franchise from IO Interactive is one that gamers are probably familiar with where they will need to rely on stealth and all kinds of creative means to take out their targets. With Hitman GO, the game still retains the concept of stealth, but it has been transformed into a turn-based game where players will need to figure out a way across a grid in order to reach their targets without being detected.

If you like clean and minimalist games, then Hook is definitely worth taking a look at. The game is as minimalist as it gets, where it features a series of lines and circles. Players will need to connect and disconnect various lines in order for the line to pass through unimpeded. While it might look simple, it can be deceptively tricky and should be fun enough to entertain you for a bit.

One of the things to love about FRAMED is that it combines both a puzzle and a comic together. Players are tasked to solve puzzles by rearranging the panels of a comic book, which will also ultimately change the outcome of the story. The success of the first game eventually spawned a successor in FRAMED 2 that continues the concept with a brand new story.

The Room: Old Sins is actually the fourth installment in The Room franchise developed by Fireproof Games. It is a spin on the escape room genre where players are presented with a bunch of clues and will need to manipulate objects in order to unlock their progress. The Room also tosses in a bit of a backstory and mystery and also mechanisms like the Null, which lets players warp reality to discover hidden objects or puzzles. 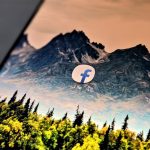 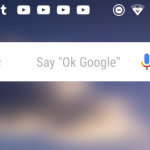 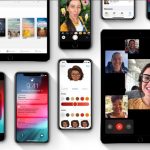 How To Get iMessage On Your Android smartphon

more_vertThe Pixel 4a is promising, but Google can onl

closeThe Pixel 4a is promising, but Google can only ride the software train so far

The Google Pixel 4a is an enticing new budget phone, but compared to the competition, it’s missing a lot of what we’ve come to expect. Is great software enough for Google to succeed? Maybe this year, but not for much longer.