Google has been cracking down on Android spam lately, but they’ve been doing a miserable job, and the latest debacle puts yours truly – more specifically Android Forums – directly under Google’s shoe as they stomp recklessly through the Google Play Store like robotic bounty hunters.

The automated email, titled “14-day Notification: Violation of the Android branding guidelines”, explains that if we do not comply in 2 weeks, our app will be removed from the Google Play Store. The violation? Using the word Android. The demand? Rename our app. Copied directly from the E-Mail:

Edit the title of your app by removing “Android” as the prominent brand name. Instead, use “(title of app) for Android” as an alternative. Here’s an example:

So tell us, Google, who are we?

Will all of our fellow Android blogs suffer the same fate?

The situation becomes even more bleak when you search the Google Play Store for “Android News”: you find a plethora of spam apps named “Android News” yet we’re the ones being singled out. And we’ve been singled out before.

Phandroid gets banned from the Play Store

You may recall that the Phandroid News for Android app was once called Android News by Phandroid. We gave it that name because we were NOWHERE to be found in relevant searches for android news, android blogs, or android anything on the Google Play Store. Some could say we were trying to “game the system” or “over-SEO” our app – and I’d have a hard time disagreeing with much more than the tone of that categorization. Apparently Google felt the same: issuing Phandroid a removal notice of its own.

However, Android News by Phandroid wasn’t given a warning, it was simply pulled from the store:

REASON FOR REMOVAL: Violation of section 6.3 of the Developer Distribution Agreement.

The details within the email were alarming, frustrating, and stressful:

At this time, we were given no specific reason for our removal and no suggested actions to bring our app in compliance. We were 100% happy to comply and wanted to make sure we played by Google’s rules, we just needed to know how! So I responded to Google asking for exactly that: some help understanding how I can best comply.

Here is the response I got back:

Thank you for your note.

We have reviewed your appeal and will not be reinstating your app. This decision is final and we will not be responding to any additional emails regarding this removal.

If your account is still in good standing and the nature of your app allows for republishing you may consider releasing a new, policy compliant version of your app to Google Play under a new package name. We are unable to comment further on the specific policy basis for this removal or provide guidance on bringing future versions of your app into policy compliance.

You’re kidding me, right Google? All I want to do is comply, but instead I’m banned for asking and you refused to answer any more questions. My only recourse is to update my app with guesses regarding the violation, re-upload the app, and pray it’s approved. But if it’s not, I won’t know why, and if I try too many times, my app, developer account, and entire existence with all Google products may be terminated immediately.

Luckily we were able to leverage some existing relationships, find someone who could help identify the problem, and our app was unlocked and provided another opportunity for revision. Not wanting to risk a lifetime ban, we simply updated our app name to Phandroid News for Android and that ended up being the proper solution. It seems obvious now, but at the time, we considered that among many other possibilities.

But that shouldn’t be the solution in this case. Android Forums is properly named. The website is called Android Forums. The domain is AndroidForums.com. This has been true for 7 years and this is the first we’re hearing about any “violation”. While changing the app name to AndroidForums.com would seem to bypass their complaints, it also seems like an incredibly moronic solution.

I have to think our app was flagged automatically, suspension approved by a human who made it in error (not understanding the details of our app, our site, or the Android community).

So why am I sharing this with you?

Why not leverage my same contacts to reach out, find a solution, and absolve Android Forums from its Google denounced wrongdoing?

Because people need to know. Google decision makers, especially, need to know. In many ways, Android was built on the backs of developers, and this haphazard system of flagging, suspending, and banning apps, developers, and accounts needs to have more substance. There needs to be better communication. There are developers whose livelihood depends on well crafted Android apps, whose good-willed intentions are only to comply with Android’s guidelines, yet get automated e-mails that effectively terminate their source of income with no way to seek information or answers.

There are far more developers who ARE in violation of Google’s terms, who ARE spamming the Play Store, whose intentions ARE misguided; unfortunately, hoards of these apps still sit on the Play Store, outranking us and confusing consumers while the legitimate apps and developers continue to be punished with little to no recourse.

With millions of apps and developers, monitoring the Google Play Store is no easy task, but the current practices are abhorrent and desperately (and immediately) need to be improved.

Google should get some credit for having improved this process between June (when Phandroid was suspended) and September (when Android Forums was suspended) in two key ways:

Has Google’s communication improved? I’m not sure… I’m afraid to respond to the e-mail, wondering if it will lead to another instant ban for the app and perhaps worse. Hopefully this “open article” of sorts will be seen by Google brass who can address this issue in the following ways:

We’re on the clock: 12 days left. Thanks to all the Phandroid readers and Android Forums members for your continued support. Since 2007! 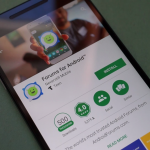 Tapatalk is being discontinued 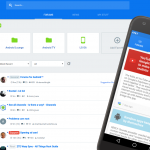 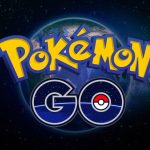 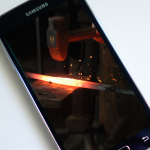 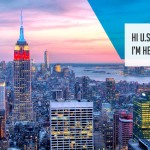