The Future of Phandroid

Let’s get “Back to the Future” of Phandroid.

It’s been 3 strange months since I announced Phandroid was for sale and many of you asked for updates as the situation developed. Before I spill the beans on where the site is going, I want to shed some light on how we got here.

Android was announced in 2007 to very little fanfare and few people thought Google would be successful with the platform. In that first year (leading up to the T-Mobile G1) there were zero devices; speculation, rumors, and developers drove the interest. Android coverage was few and far between but I tried to share every little morsel I could find with our steadily growing readership.

There was a tectonic shift in momentum when Verizon launched the Motorola Droid. Phandroid quickly went from one guy digging through the depths of the internet hoping to find nuggets of info, to a team of bloggers trying desperately to keep up with a torrential downpour of daily Android news. Over time the habit of “covering the news” became our identity and ironically the self-imposed task of “keeping up” left us constantly feeling behind.

Competitors grabbed for SEO plays, successfully sludging along with zillions of “How to take a screenshot” styled articles… so we did too. The rise of social media motivated publishers to prioritize clickbait, promote conflict, and sensationalize headlines… so we dabbled in that. Let’s not discount the handful of amazing content producers who entered the scene, heaping a load of envy icing onto a freshly baked humble pie. The desire to do it all meant we were in a lot of different races, but weren’t winning any of them.

There were many times that I looked at our body of work and thought: what are we actually doing?

I had a challenging year in 2017 with many events that made me question if I’m spending my time on the right things. In the interest of avoiding philosophical debate (there’s always the comments), let’s simplify things and say that most of us seek happiness and purpose.

It’s tough to admit, but running Phandroid was definitively NOT making me happy. I felt like a digital media-powered bullshit vacuum was sucking my attention span into a black hole of pointlessness. It was draining me in small bits, penny by penny, so that no particular interaction felt like theft, but over time I was left inspirationally bankrupt.

I reflected on that a great deal in December and decided it was best to pass the reins of Phandroid onto someone else, give myself space to think, and find something new to drive my passions. And that’s why I made the announcement that I did.

This is the point

Surrendering myself to the idea of letting Phandroid go opened up a lot of Headspace. It was a mental freedom I hadn’t experienced in awhile. As pockets of attention formerly reserved for various unimportant tasks opened up, I found new ideas gushing in uninvited. I had given my brain room to breathe and it felt an awful lot like the cure to a case of homesickness.

What you can expect

If you’re ONLY looking for a site that has every morsel of Android News and doesn’t skip a beat, Phandroid has been the place to go for a decade- but I’m happily resigning that distinction and boy is it a sigh of relief. It may take awhile to recalibrate the blogging sensors, but I’m hoping to reposition Phandroid from the ground up as an Android-inspired tech destination to cover ONLY the topics we’re inspired to cover and nothing more.

You’ve seen a couple videos from Nick Gray who runs the High Tech Travel channel on YouTube and I’d love to find more up-and-coming YouTubers with whom to collaborate, allowing them to grow their own subscriber-base while sharing their content with our readers in a different form.

I had hoped to keep some of our full-time Phandroid bloggers on staff in part-time capacity, but prioritized their ability to find new full-time jobs. It wasn’t in my best interest, but I still feel good about making that decision. It puts me in a bit of a pinch, but I’m hoping our long-time readers will stick around for the ride to see where things go.

You’ll see us posting much less frequently in the near term, but as things get into a groove, we find some newly inspired contributors, and we settle into this transformation, I think you’ll really enjoy and appreciate the shift. If not… I’m sure we’ll hear about it in the comments. 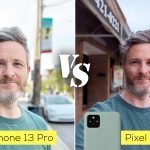 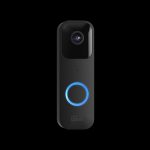 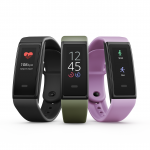 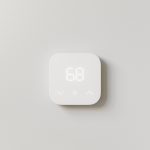 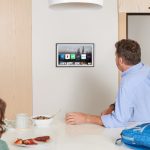