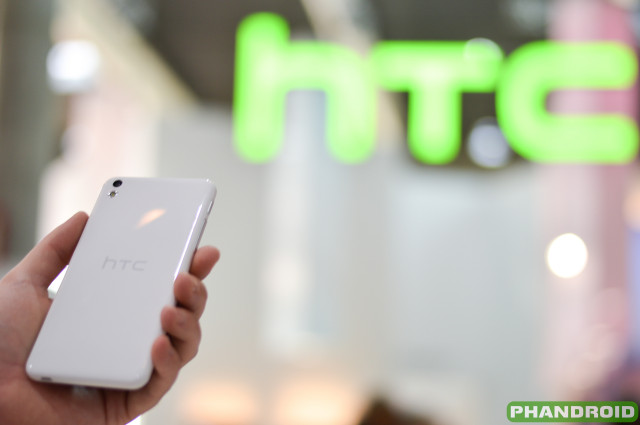 Even though HTC’s big reveal isn’t for a few more weeks, the Taiwanese manufacturer was still able to show off another sexy new handset for Mobile World Congress. Announced earlier this week, the HTC Desire 816 is the company’s latest weapon to attack the mid-range phablet market. 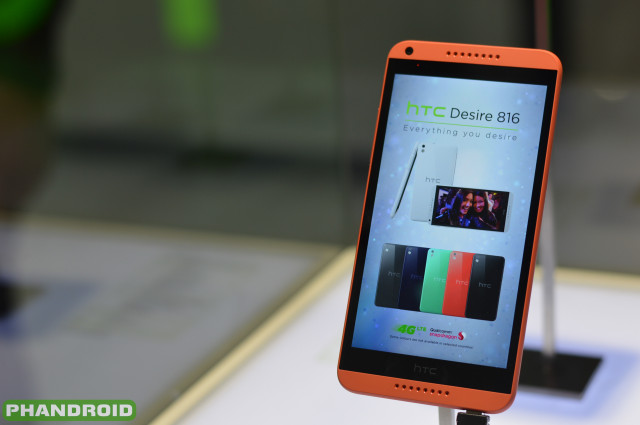 During our time in Barcelona, Spain for Mobile World Congress we were able to track down the Desire 816 where it was only being shown behind glass at HTC’s booth. After some gentle persuasion, we were given a quick “eyes-on” demo of the phone, showing off its handsome good looks for the camera. Because HTC’s KitKat build with Sense 5.5 still isn’t finalized, that means the phone remained off for the entire demo. After playing with it for ourselves, we decided to give HTC the honors of talking about their latest phablet in our video below.

We have to admit, we were a tad disappointed to see HTC reserving this design solely for their new mid-range segment instead of their flagship line which, according to rumors, will keep the original One’s aluminum build quality.

HTC says the Desire 816 will hit the European market during Q2 of this year. If you’re wondering exactly how much easier the 816 will be on the wallet, HTC says to expect “Moto X-like” pricing. No word on when or even if we can expect to see the Desire 816 hit US shores, but we’ll keep our fingers crossed. 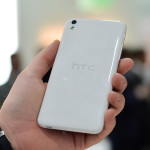 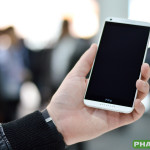 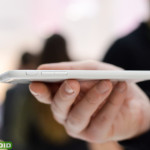 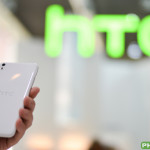 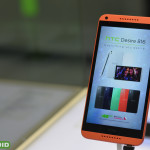 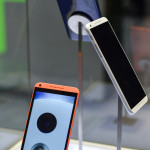