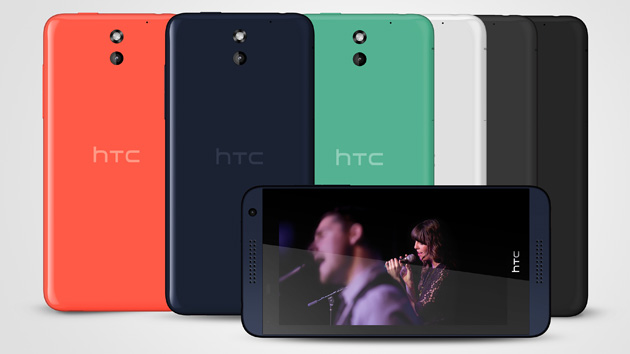 HTC has announced a pair of new handsets for those not interested in breaking the bank for a new mobile communication device. It’s the Desire 816 and 610, two smartphones that won’t hold a candle to what HTC’s about to announce next month, but should do a pretty decent job of handling any sensible mobile task.

The Desire 610 is positioned closer to the low-end than anything, though it still makes a fair impression. It jumps into the ring with a 4.7-inch qHD display, a 1.2GHz Snapdragon 400 processor, 1GB of RAM, an 8 megapixel rear camera, a 1.3 megapixel front camera, a 2,040mAh battery and more. There are 8GB of storage sitting inside, though users will be happy to learn they can expand that using a microSD card up to 64GB. Also of note are the stereo speakers on the front.

Jumping up to the Desire 816, users get a sizable bump to 5.5 inches and 720p resolution, as well as some very solid internals. Said internals include a 1.7GHZ quad-core Snapdragon 400 processor, 1.5GB of RAM, 8GB of internal storage with microSD up to 128GB, 2,600mAh battery and a 13 megapixel camera on the back. The front camera comes in at 5 megapixels, so selfies and video calls shouldn’t be too much of an issue. 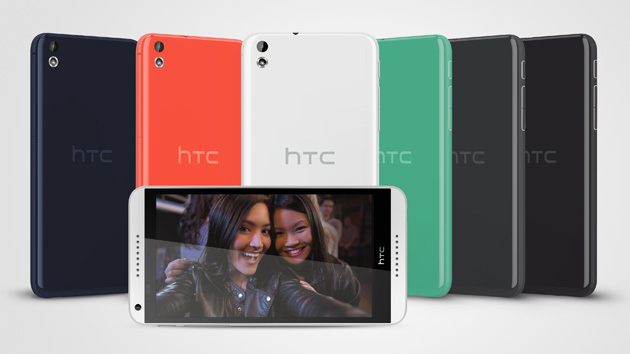 There’s no word which version of Android these are running just yet, but we imagine HTC will want to launch with at least Jelly Bean on-board. When will you be able to pick it up? April for the Desire 816, though those wanting the cheaper 610 will have to wait until May (and we imagine they won’t be too easy to find outside of Europe and Asia, though HTC has yet to fully detail rollout plans for either one). Stay tuned for hands-on with these two later on!