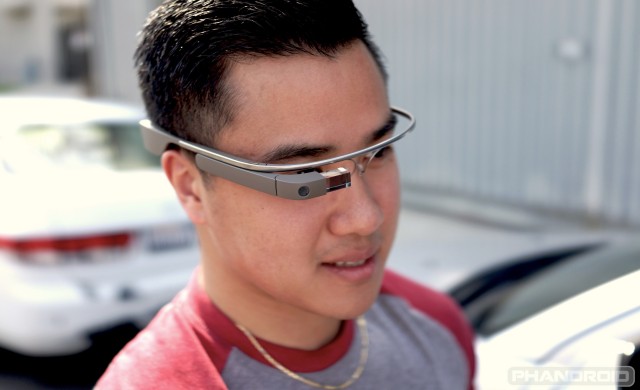 It’s probably one of the biggest downsides to owning Glass (aside from the exorbitant entry fee) and we mentioned it in our extensive review — if Google Glass ever hopes to obtain mainstream success, something needs to be done about the device’s dependency on costly tethering plans.

Because Google Glass is a companion device (as in, supplemental to your smartphone, not a replacement), the headsets needs to be tethered to your Android device in order to receive updates when outside of WiFi. ‘Course, as many of you already know, tethering plans on <insert any carrier name here> can be extremely pricey, negating any added value of owning a pair of Glass for the everyday-man or soccer mom.

We always assumed that carriers would eventually understand that wearable devices like Google Glass, Samsung Galaxy Gear, or other companion devices don’t necessarily warrant additional tethering fees, as they’re only pulling in mere kbs of extra data. These aren’t laptops or tablets, wearables are in a class all of their own.

Well, rather than wait around for carriers to get on the ball, it seems Google is taking matters into their own hands. Introduced in the latest XE9 software update for Glass was a feature not publicly broadcasted by Google in their release notes: free data tethering. Glass now works in conjunction with the recently updated MyGlass app to completely sidestep your device’s tethering option, pulling data completely through the app itself. No need to enable “Bluetooth tethering” from your device’s settings. Simply download the MyGlass app and you’re ready to go.

Of course, Google’s method of sidestepping carrier tethering rates is sure the ruffle the feathers of a few execs looking to line their pockets. We don’t imagine it’ll be very long before carriers begin blocking the app in the Play Store for use on their network.