Nexus 5 pictured in the wild, gives us a quick glimpse at Android 4.4 KitKat? [VIDEO] 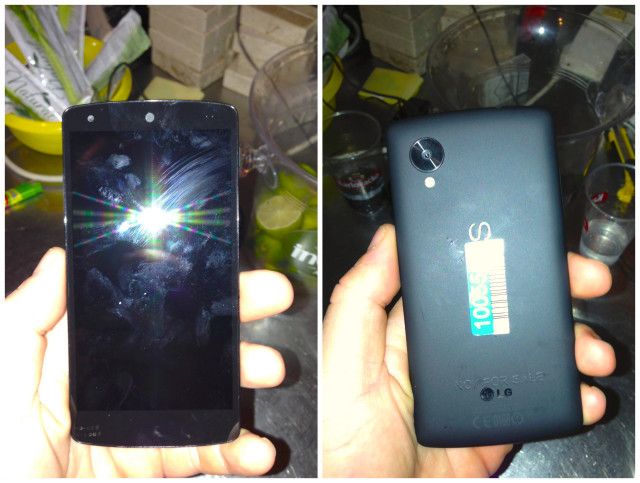 Seems the Nexus 5 is one hard smartphone to keep secret. Despite Google’s “best efforts” to keep their next flagship on the low-low, the Nexus 5 made a surprise appearance in their own KitKat unveiling video (where, after word got out, it was promptly taken down), also popping up in a few FCC filings a few weeks ago. Now, we’re getting another glimpse at the Nexus 5, pictured in the wild at, where else, a local bar.

It’s sounds like a lot like a joke we’ve heard before. This time, instead of an iPhone, we have a Google employee who left his Nexus 5 unattended at a bar to party it up on the dance floor. Apparently the bartender had a keen eye, and quickly recognized the device as otherworldly, snapping pictures and video before the owner returned. In the video, you’ll notice it appears to be running Android 4.4 KitKat (notice the white status icons in the notification area), doing away with some of the cyan blue introduced in Ice Cream Sandwich (thank, goodness). 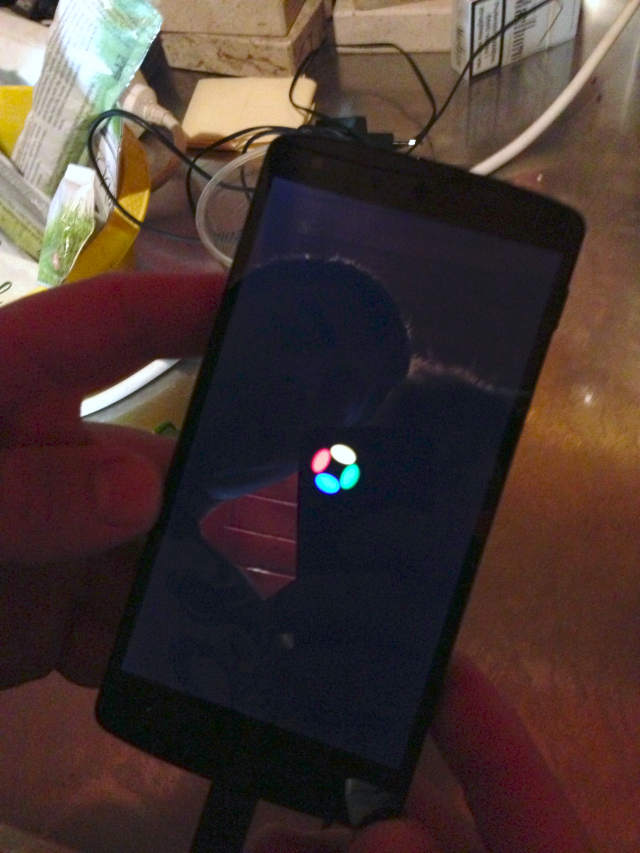 The bartender even attempts to unlock the device making several failed attempts before rebooting and taking footage of the boot animation. Spoiler: it’s the same boot animation as on the Google Play edition devices. Other than that, it doesn’t appear KitKat’s UI is vastly changed in appearance from the Jelly Bean. Of course, it’s also very possible this was running on some non-finalized test build of Jelly Bean. No real way to know for sure.

What do you guys think of the Nexus 5 so far? The bezels definitely aren’t LG G2 thin, but definitely smaller than the current Nexus 4’s and a welcome change for sure. If anyone needs me, I’ll be taking a cold shower.