Will the ASUS Qube be the Nexus Q’s replacement?

Android fans jumped off their seats when reports of an FCC filing for an upcoming Google TV started spreading, yesterday. Google TV’s potential hasn’t been taken to its fullest just yet, and seeing new manufacturers jumping in is always exciting. Especially if it’s one like ASUS, which is said to be releasing the ‘Qube’ Google TV USB stick soon. There might be a bit more to it, though.

Most seem to have ignored The Verge’s sources, who claim that the ASUS Qube will be a Nexus device to be released this January. Furthermore, this project is said to be the reason why Google postponed the Nexus Q, making this new unit the orb’s replacement. 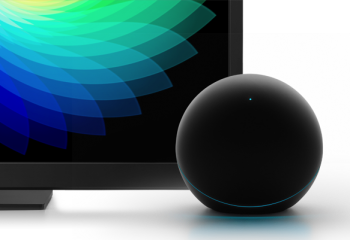 After seeing Google’s constant ignoring of its smart TV platform, many of Google’s moves were upsetting for Google TV fans. The Nexus Q’s announcement was filled with comments about the omission of Google TV. Adding Google TV would alleviate the Nexus Q’s high price ($300) and make the device much more enticing. The aesthetically-pleasing orb already had streaming features, so why not make it a full-fledged Google TV?

For these reasons, the idea of the ASUS Qube with Google TV somehow coming to replace the Nexus Q makes much more sense. We still have nothing specific to go on, but some state this will work as a companion accessory (maybe to an upgraded Nexus Q?) while others believe it will be a standalone USB Google TV of sorts.

Regardless, we will simply have to wait and see. We must take these rumors with a healthy dosage of sodium, but hopefully we will know more by January. But what do you guys think – could this be the Nexus Q’s epic return?

[The Verge via GTV Source]