So we’ve spent more than enough time with Sprint’s new duo of EVO devices to know that we like them. Although I’m not the biggest fan of 3D myself, the HTC EVO 3D might be the first phone to change my opinion on it. HTC’s using the 1.2GHz dual-core Snapdragon processor from Qualcomm and I can tell they’re working to optimize the device specifically for high-quality playback of 3D content.

3D-enabled videos from movie studios who shot the footage from the ground up look stunning on the device’s 4.3-inch qHD display, but even video content captured with the device’s dual cameras looks great. I note this because the other couple of 3D-enabled devices out there – the Optimus 3D, the Optimus Tab, and the Sharp Galapagos series of devices – don’t look quite as good.

That’s video, though. Photos, on the other hand, aren’t so great. They still look like those weird holographic business cards you tend to get from time to time where shifting it shows you a different image. You have to hold the device completely still in order to get the best possible viewing experience and even then it’s not that great.

Switching between 3D and 2D while inside the camera app is easy – HTC has included a hardware switch to toggle it at your convenience. We’re told that 3D content will eventually be extended to certain games and apps but HTC wasn’t able to elaborate on their plans.

The EVO 3D has an HDMI port that can output HD video whether it’s 2D or 3D. (3D video is throughput at 720p while 2D content can be shown in 1080p.) Other notable features include its front-facing camera, 4G WiMax radios, Android 2.3 with HTC Sense 2.1 and more. Other than the 3D bits and beefed up specs, it was largely the same device that you’d expect from HTC. There was nothing too unique going on with the software. 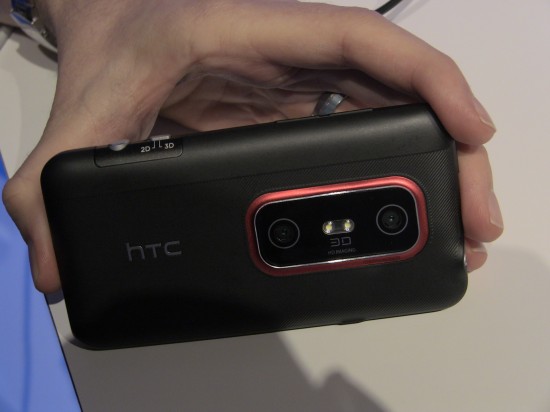 One thing I didn’t like about the hardware were the dual cameras – HTC has once again elected to protrude the lenses. This is annoying more-so now than ever before as the protrusion is so profound that I’d think the phone had some form of cancer. Between both cameras are dual LED flashes.

The video is above for your convenience. Check it out and see if you like what Sprint’s bringing to the table so far. 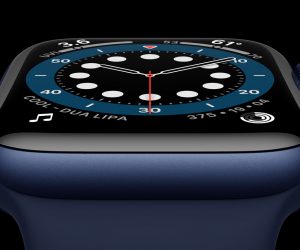 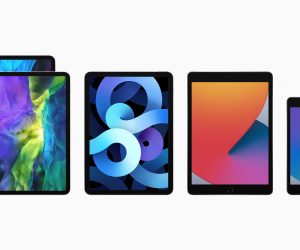