I’ve had the opportunity to try out a bunch of different earbuds over the past few years. These range from the more popular options like the Galaxy Buds or Sony WF-1000XM4s, to the more obscure such as the Oddict Twig Pro. The earbuds we’re checking out today fall in the latter category, offering a unique design that still manages to offer some pretty great features in a different package.

The Pamu Z1 Pro comes from a company that I had not heard of until this review, but the company has been around for a few years and has released quite a few different sets of earbuds in the past. On paper, these earbuds look like they should be a slam dunk, and directly take on the likes of the Nothing Ear (1) with its ANC functionality along with being priced under $100. But let’s dive a bit deeper to see whether you should consider these or not. 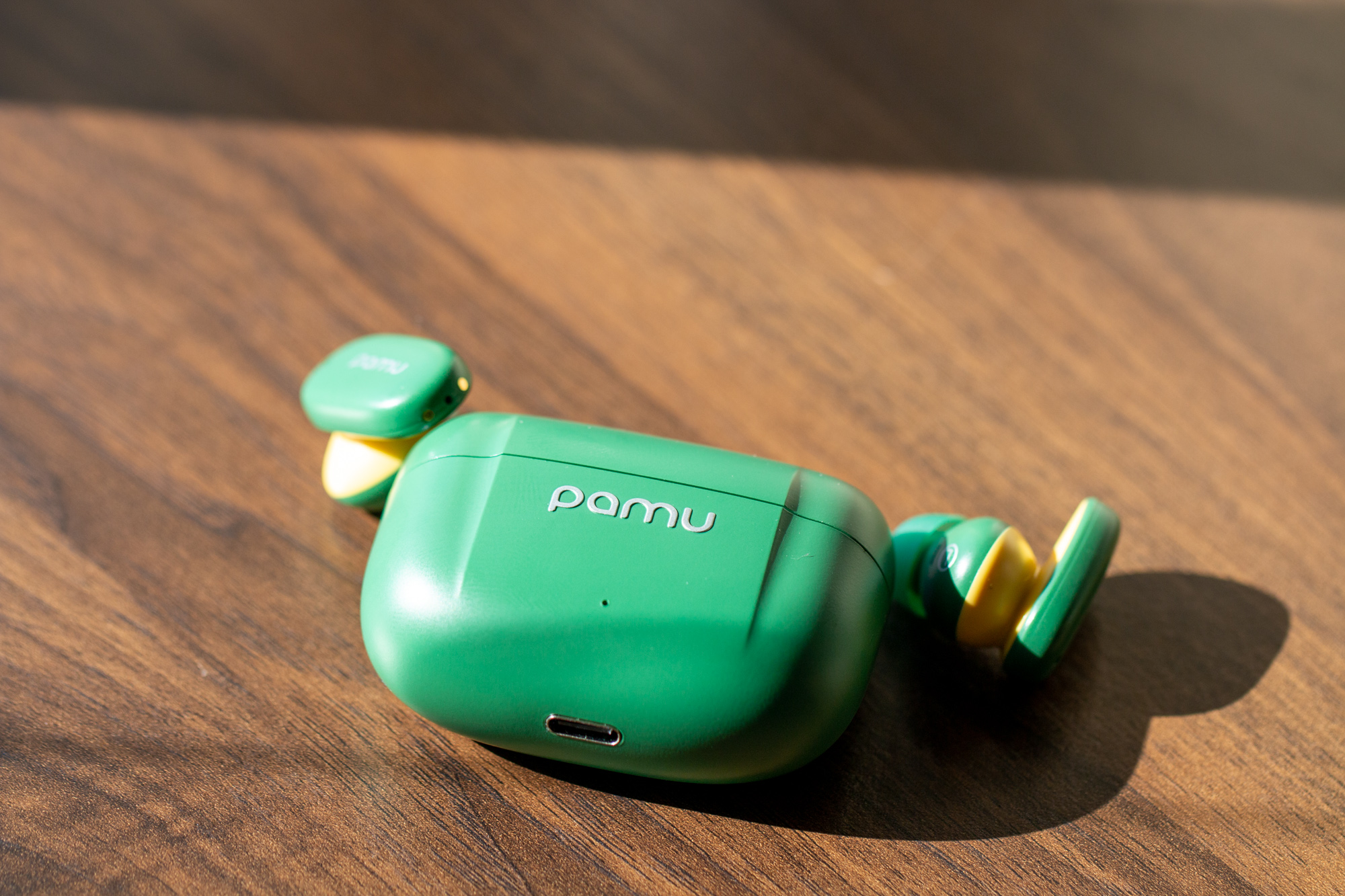 If you would’ve asked me two years ago how I felt about this design, I would’ve probably given the Z1 Pro a poor rating. But what stands out to me with these earbuds is that Pamu is taking a different approach to keeping the earbuds in your ears. We’ve seen earbuds with slim stems and touch controls, but not as many with thicker stems. Sure, slapping the Pamu logo on the outside is a bit gaudy, but it’s not all that bad especially if you opt for either the black or white color options.

The earbuds design itself is also rather different as they go into your ears at an angle, but the outer stems remain up and down. It makes perfect sense when looking at different earbuds, but this design also allows Pamu to integrate a larger battery along with adding a couple of extra microphones.

And the microphones are important because the Z1 Pro is equipped with three different audio listening modes. These feature Active Noise Cancelation up to 40dB, along with a Transparency Mode, or you can just listen to them with “passive noise reduction.” In my time with the Z1 Pro, I came away rather impressed with the earbuds ability to filter out the sounds around me, including the noises coming from my mechanical keyboard with clicky switches. There were also a few times when my wife got rather frustrated just because I couldn’t hear her calling for me when the ANC was enabled. 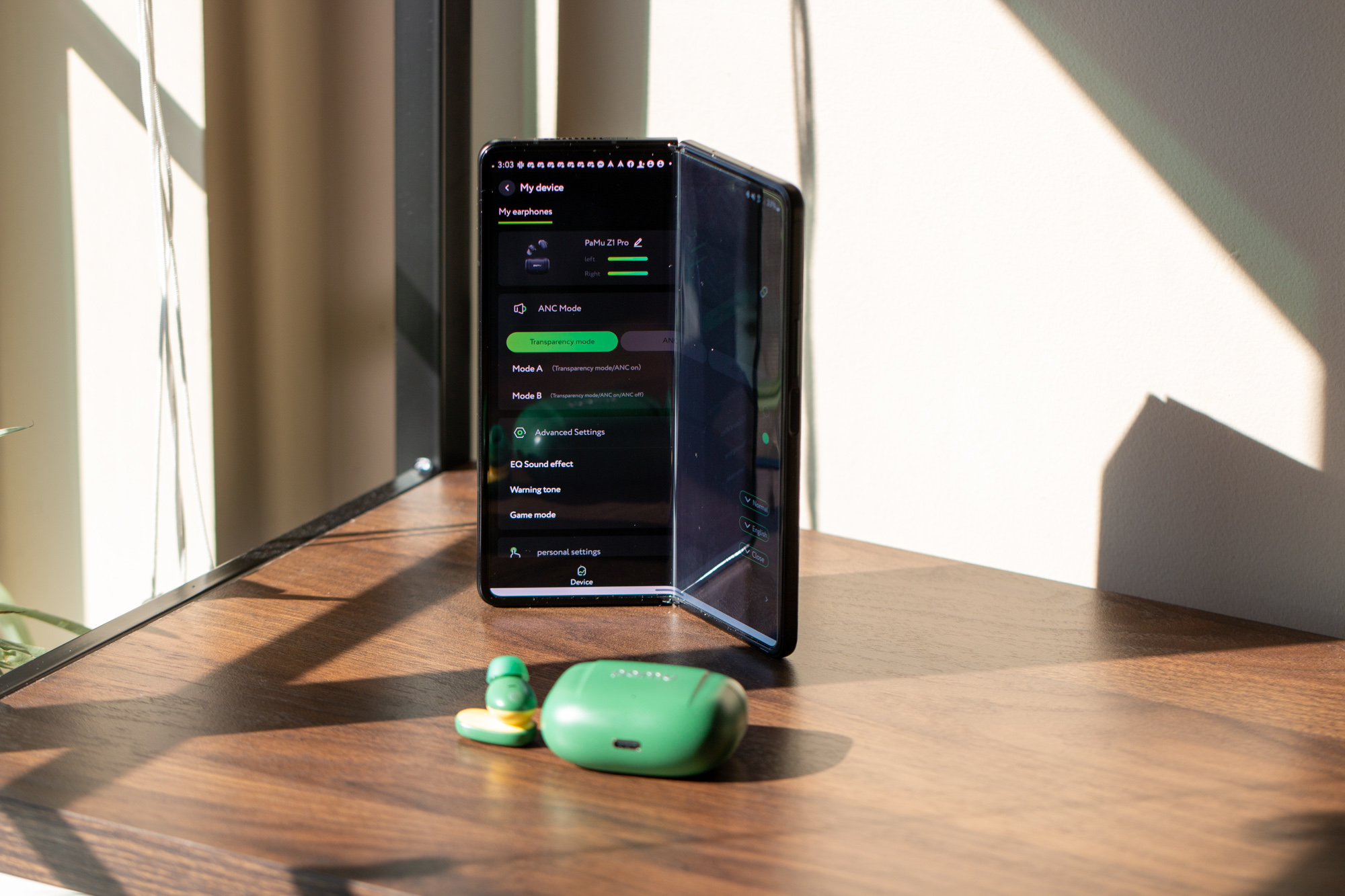 Speaking of listening to music, the Z1 Pro again impressed me with the sound quality that these earbuds produced. I didn’t have high expectations going in, considering my lack of familiarity with the brand and the price-point. But Pamu has nailed the listening experience and I really think that other brands in the space should take notice.

One more area that I want to touch on is that Pamu offers a companion app available in both the Google Play Store and iOS App Store. From here, you can switch between the six different EQ modes that are programmed, along with adjusting the gesture controls for your earbuds. 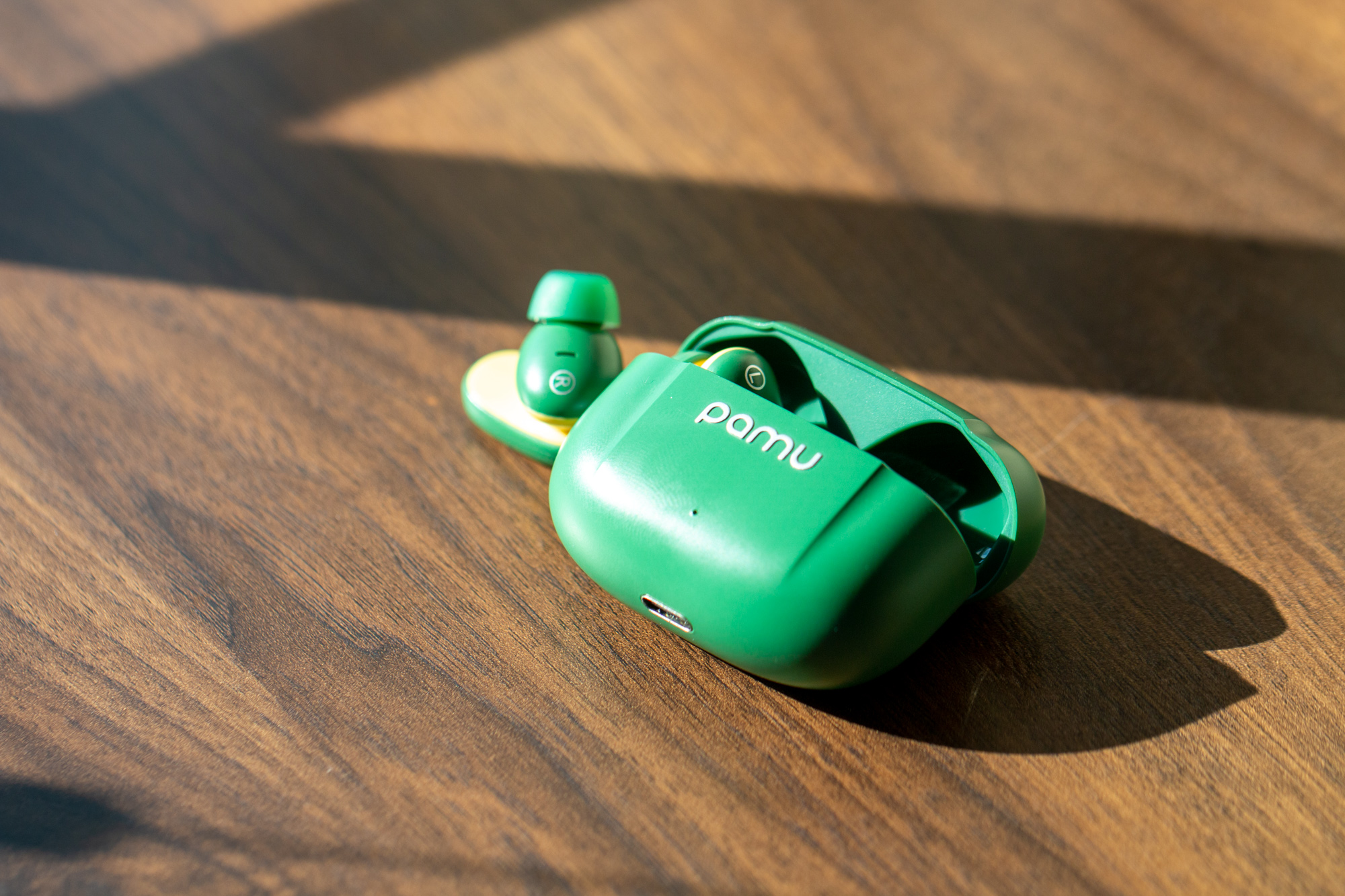 Truthfully, there isn’t much about the Z1 Pro that I didn’t like. The design is a bit awkward at first, but it doesn’t hinder your listening experience, at least for the most part. Before I even tried them myself, I handed these earbuds to my wife just to see what she thought of them. But unfortunately, they just wouldn’t stay in here ears, even with switching out the ear-tips for one of the other included options. So your mileage may vary as to whether these will work for you.

Something else that I wish we would see more in these sub-$100 earbud options is wireless charging. Nothing managed to do it with the Ear (1), but the charging case is just massive compared to the Z1 Pro. Unfortunately, you’ll have to stick with wired charging with Pamu’s offering, but at least it’s USB-C and not microUSB.

Finally, I did notice in my time with the Z1 Pro that they felt a bit heavy. It wasn’t like they were “weighing me down” by any means, but I did experience a bit of ear fatigue if I was listening to music for more than an hour or two. It’s just something else to be mindful of, but I honestly haven’t had many problems with earbuds that sport the traditional ear-tip design. 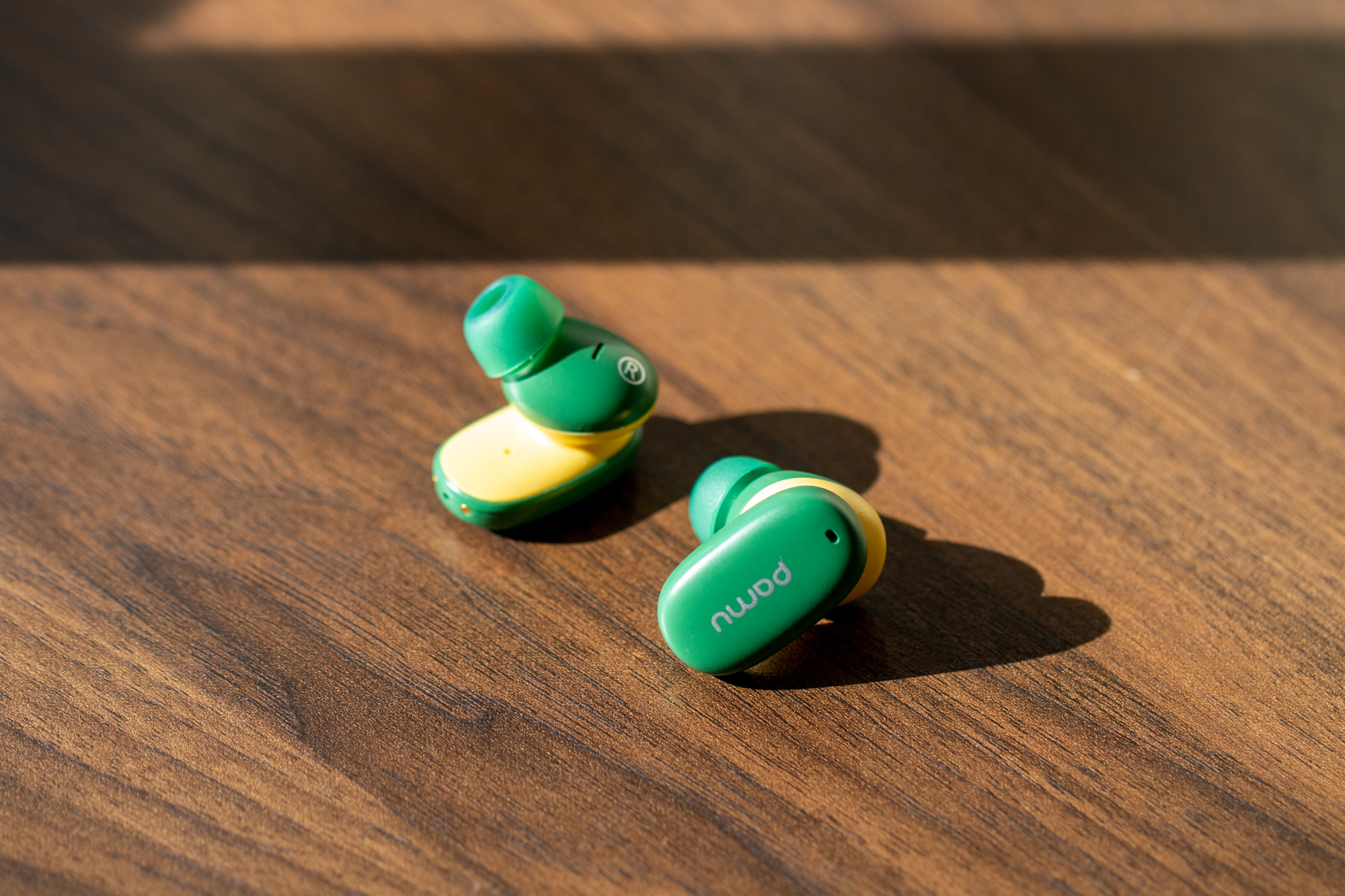 If you’ve liked what you’ve read and seen so far, and are considering the Pamu Z1 Pro for yourself (or as a gift), then there’s one more reason why you might want to go for these. They’re priced at just $89, coming in even cheaper than the aforementioned Nothing Ear (1) buds. There are also three different colors to choose from, so you can live a little on the wild side with the green, or stick to the more traditional black or white colors.

With the exception of potential discomfort and the lack of wireless charging, the Z1 Pro are a pretty good set of earbuds that are worthy of consideration. The sound quality is better than expected, as is the ANC and battery life. These really are the complete package, provided you’re okay with stepping outside of your comfort zone in the design department.

The Pamu Z1 Pro don’t disappoint, as they offer a pretty enjoyable experience without needing to worry about an exorbitant price tag.