Being the resident headphone geek around these parts, I love getting my hands (or ears) on pretty much any kind of headphones that I can. We’ve reached a point in the market where you don’t need to go and spend hundreds of dollars to get a great experience, while still being able to enjoy features like a customizable EQ and Active Noise Cancellation.

But truthfully, the different codecs that are used on our phones are still a bit limited. Qualcomm is attempting to change that as evidenced by the new Snapdragon Sound program introduced last year. Until now, there haven’t been too many new earbuds released that include support for Snapdragon Sound, but ODDICT launched its Twig Pro earbuds before the end of 2021 that offer support for Sound and much more. 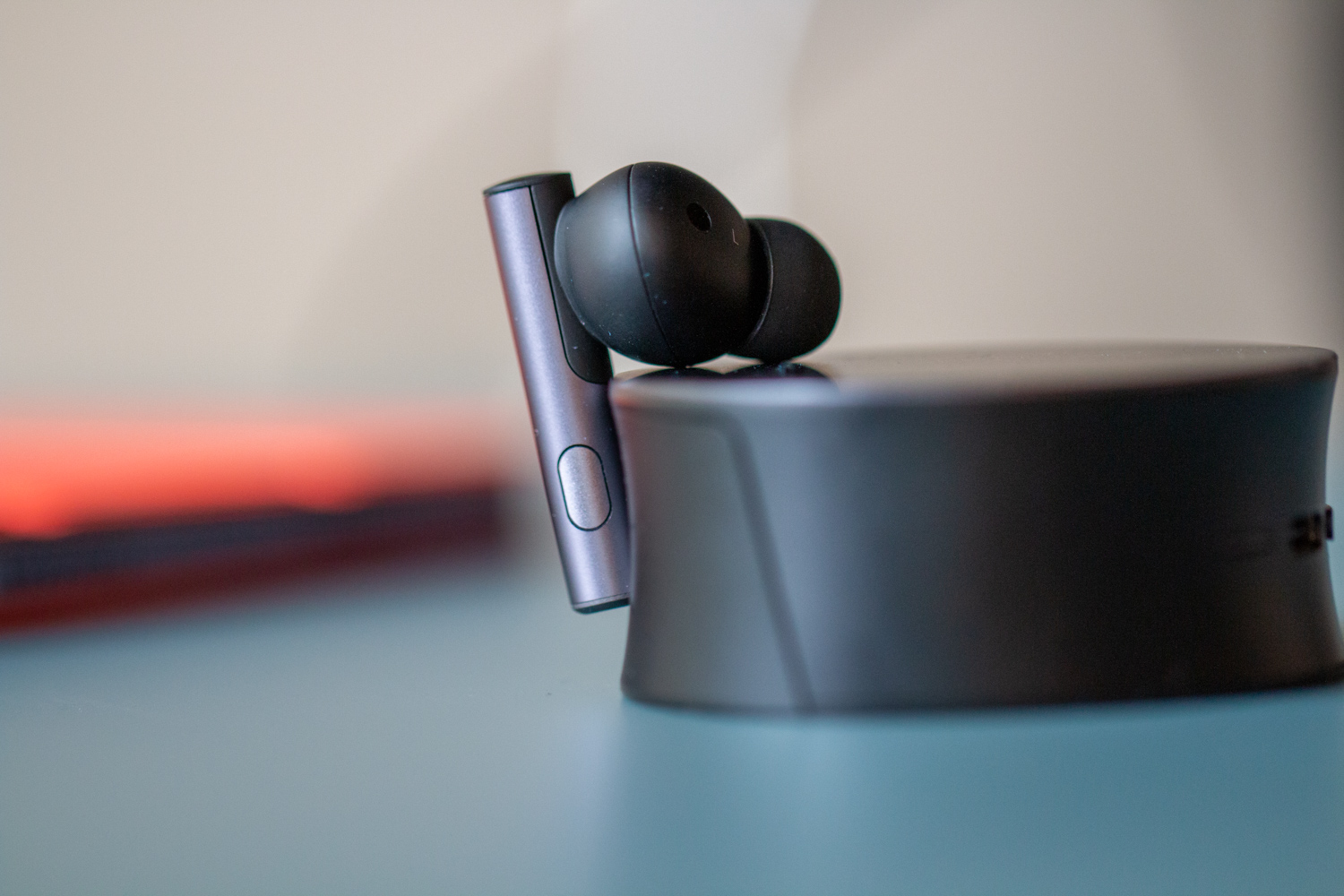 Out of the box, you’ll likely immediately notice the heft found with the Twig Pro and its included case. This is because the earbuds and included charging case are made from aluminum, which is both light yet offer a premium feel. In a world where plastic rules the market, it’s definitely a nice change of pace to have headphones that make use of aluminum instead of plastic, so kudos to ODDICT on that front.

What you won’t find here, at least with the charging case, is a slim profile that can fit into the smallest of jeans pockets. The case itself opens in a way that the top of the lid folds back, revealing the earbuds on the inside. There are L and R indicators to let you know which is which, so you won’t have to do much guessing without needing to look at the earbuds themselves. Moving to the bottom of the case, there’s a USB-C charging port, a pairing button to the left, and an LED indicator on the right. But this is where we ran into a bit of frustration that we’ll touch on in the next section.

The first thing that you’ll want to do after unboxing and charging up the Twig Pro’s is to download the accompanying app from the Play Store. ODDICT’s app is also available on iOS if you prefer to use an iPhone or iPad, which is another nice touch as ODDICT isn’t leaving anyone out from being able to enjoy these earbuds. 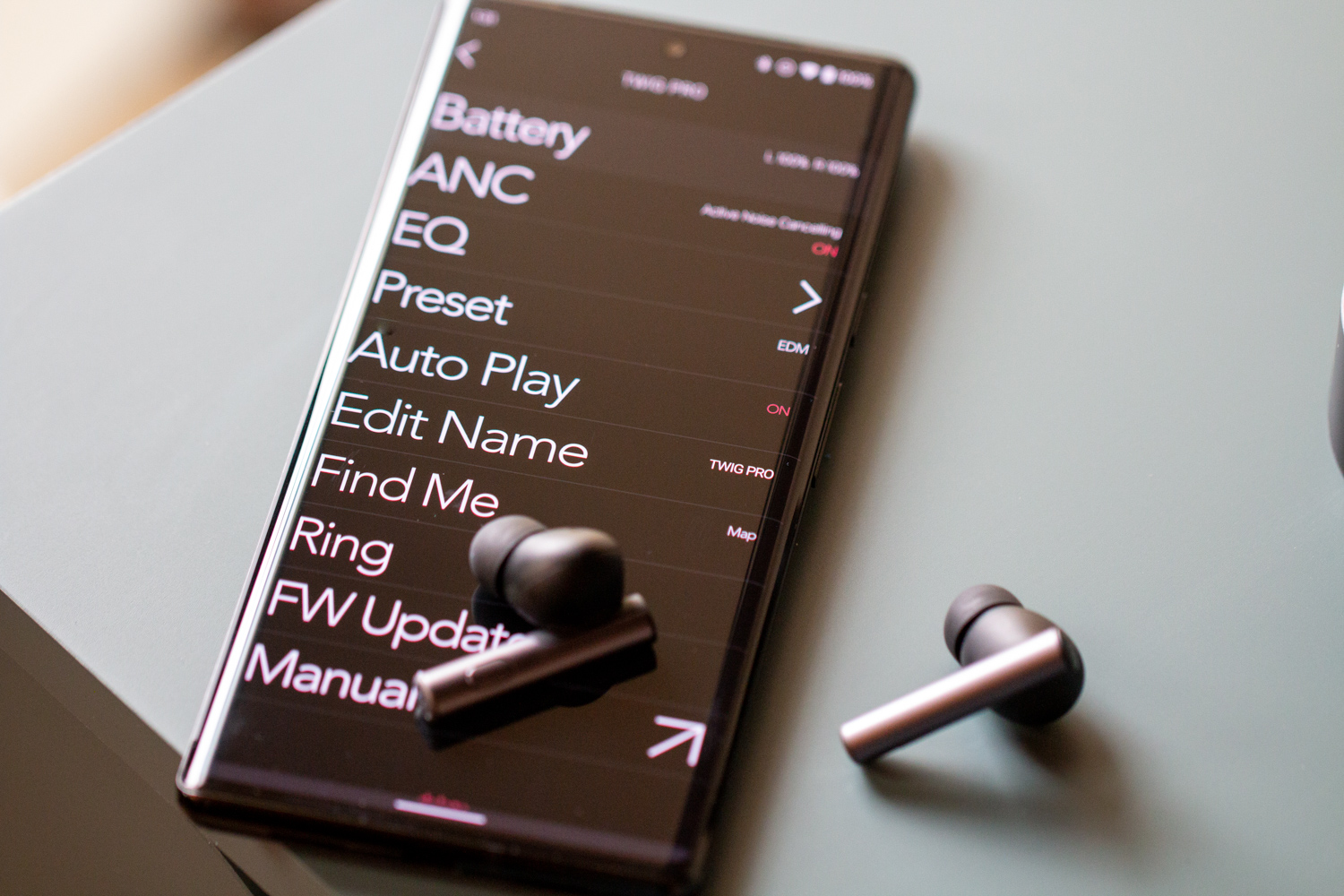 ODDICT’s app gives you almost all of the customization and controls that you could want. After connecting to your earbuds, you’ll be able to check for any firmware updates, along with being provided with the following options:

The ANC is adjustable through the app, allowing you to drag the slider up or down to adjust the level of intensity. You can also either turn ANC off completely or switch over to Ambient mode with just a tap.

Moving to the listening experience, the Twig Pros don’t really sound all that great out of the box, even for someone like myself who doesn’t consider themselves to be an audiophile. In fact, Nothing’s Ear 1 earbuds seem to offer a better sound profile out of the box, and those headphones come in with a price tag that’s $50 lower. Thankfully, after some tweaking to the EQ, the Twig Pro’s have definitely turned into some of my favorite earbuds so far this year.

On the earbuds themselves, you’ll find a single button on the stem that provides some playback controls. A single press of the button will play or pause the song, while double or triple-tapping will either skip or go back to the previous song. Outside of that, these look a lot like the original AirPods (and AirPods 2) with the addition of silicone ear tips that aim to provide a bit of a better seal in your ears. Although my AirPods Pro continues to be my go-to set of earbuds, the Twig Pro’s were surprisingly comfortable even when listening to them until the battery ran out (after around 5 hours or so). 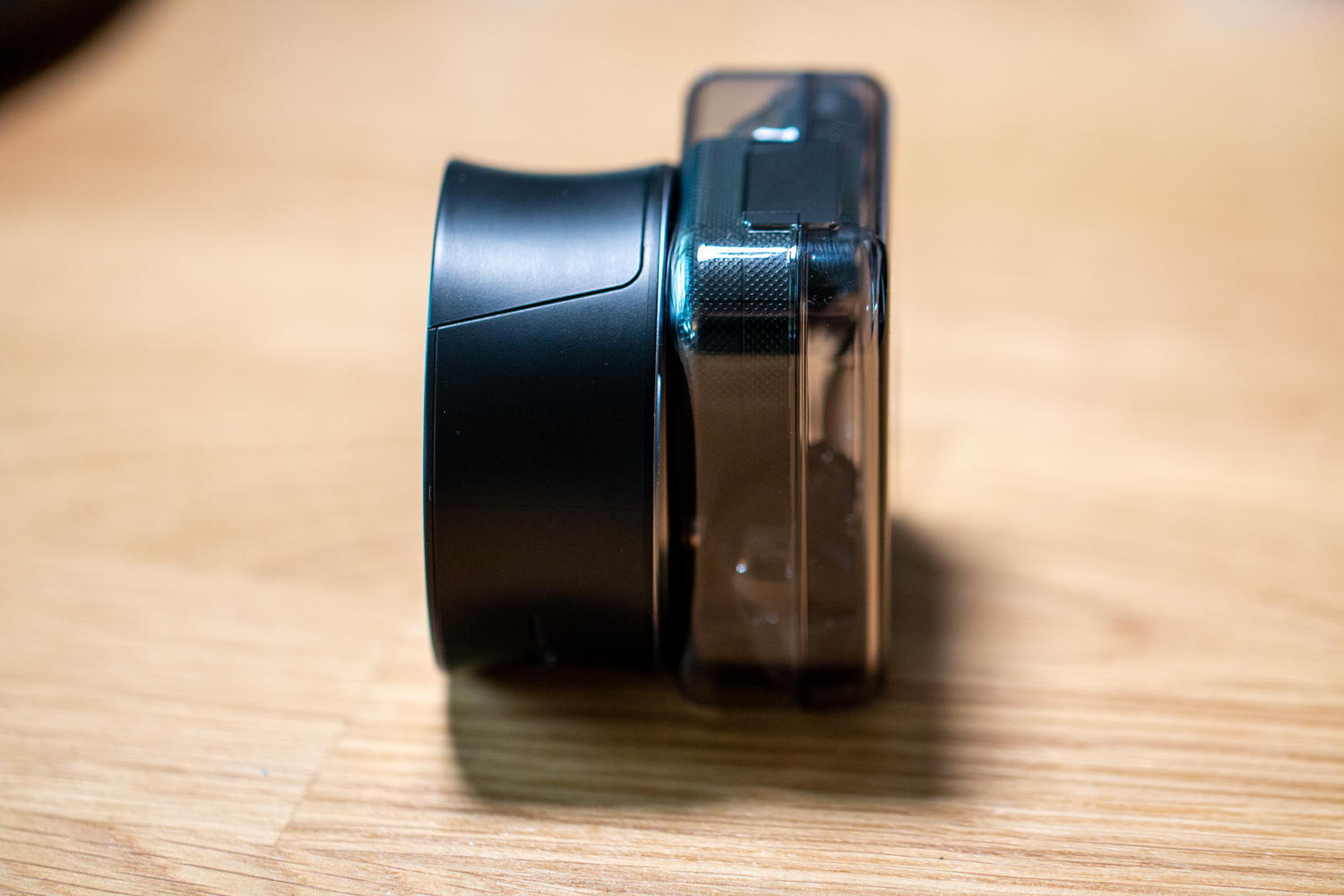 From the premium design to the compatibility with new audio codecs and Bluetooth 5.2, there’s a lot to like about the Twig Pro. However, we do have a couple of minor complaints that we would like to see “fixed” in a future iteration of these earbuds.

This one is definitely personal, but I would really like to see ODDICT and other earbud makers include some foam ear-tips in the box. The silicone ones work just fine but foam ear-tips help to provide a more secure fit and are generally just more comfortable to wear.

A slimmed-down case for the next iteration would also be a nice touch. The included case with the Twig Pros is bulky, and that’s immediately evidenced when trying to throw them in a small pocket in your backpack or if you try to put them in your pocket. I like the idea of the case hinge that opens up to reveal the earbuds, but a slimmer or smaller case would be much more welcome. 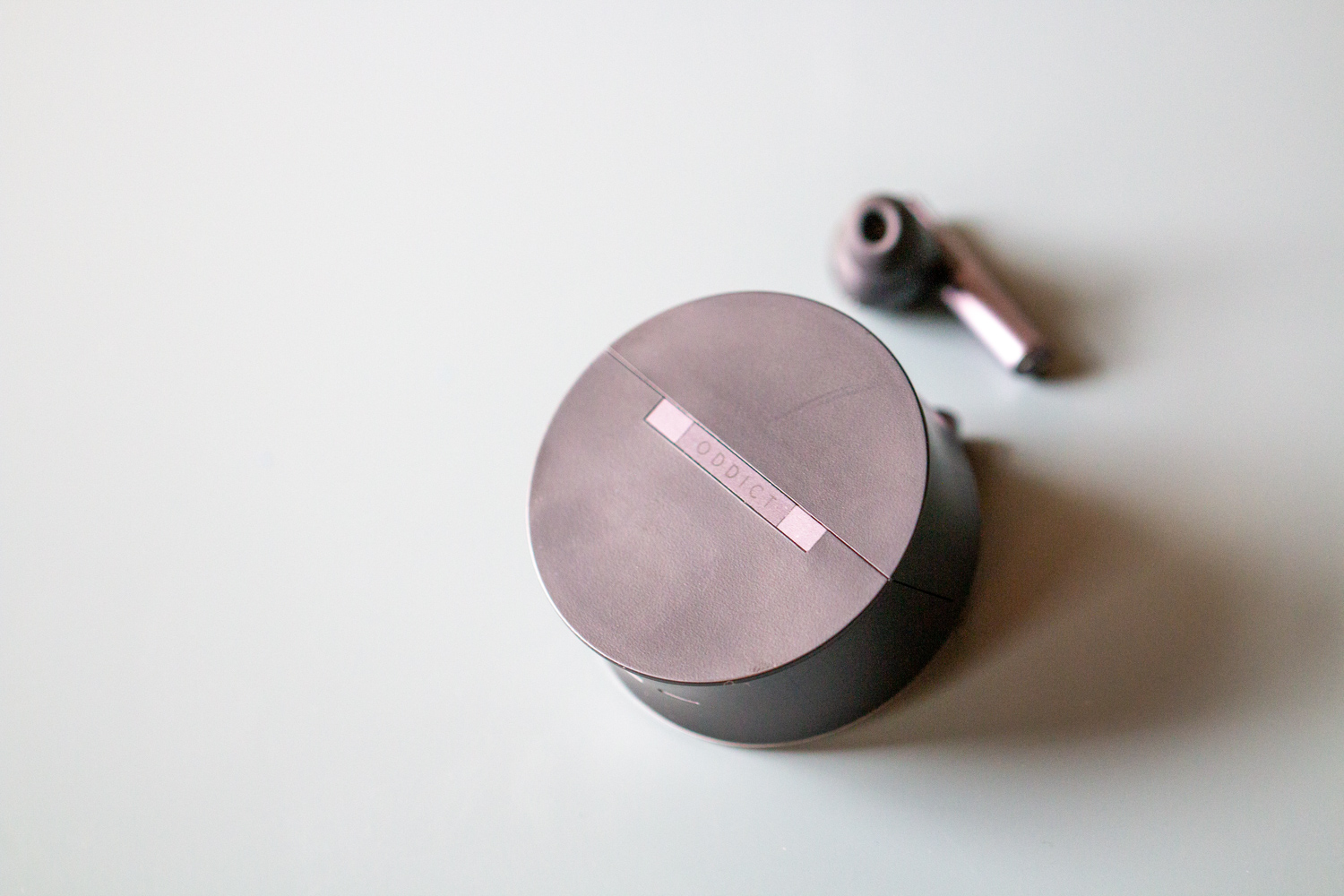 One area that has continued to cause me frustration when using the Twig Pro’s is when it comes to pairing them with other phones. When I originally received the earbuds, I paired and used them with my Pixel 6 Pro. However, I have wanted to switch the Twig Pros to one or two review devices and my personal Galaxy Z Fold 3 with no luck. The earbuds are recognized by the ODDICT app on my phone, but even following the company’s steps to enter pairing mode has still left me only being able to use them if I have my Pixel 6 Pro with me. I’m not sure exactly what is going on here, but it’s not an enjoyable experience. Of course, this isn’t something that everyone will come across, but if you have multiple phones or devices, it’s something to be aware of. 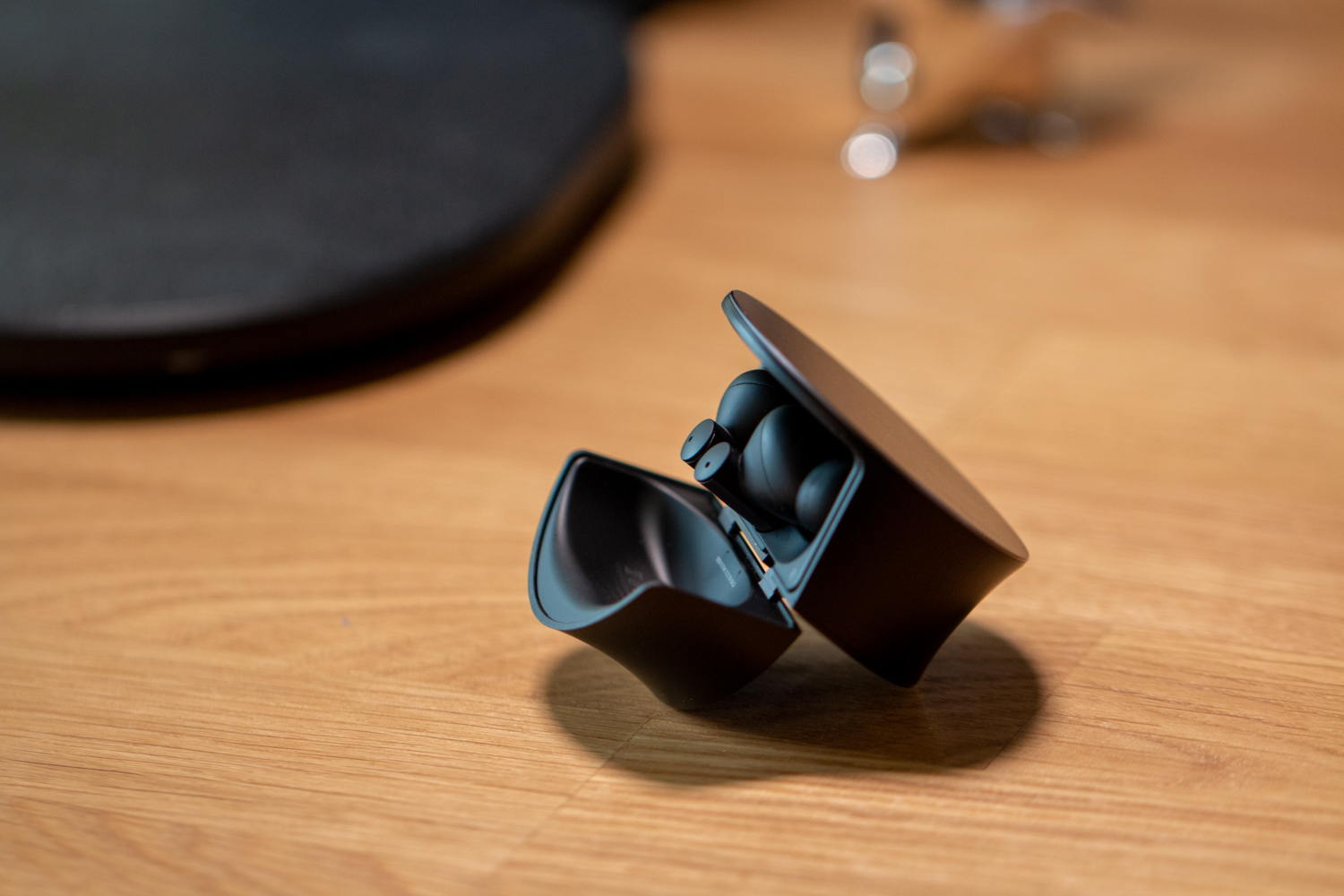 On paper, the ODDICT Twig Pro headphones look like a slam-dunk. They are reasonably priced, coming at $150, while also being on sale for $20 off at the time of this writing. They offer ANC, an Ambient mode, a customizable EQ, and the ability to update them through an app instead of never being able to update them like some of the cheaper headphones that have been released.

Your mileage may vary when it comes to the sound profile out of the box, but again, the ODDICT app can help adjust the audio to fit your needs, which is something that we’re big fans of. But should you really be considering these when looking out at the market and seeing the Nothing Ear 1’s available for $99, the Buds Z2 for $99, and even the OnePlus Buds Pro for $120? It’s a tough call.

If you want something unique and different while having a set of earbuds that support Qualcomm’s Snapdragon Sound for future smartphone releases, then we would definitely say to go for it. But these earbuds don’t really offer enough “oomph” to make a compelling case over the aforementioned alternatives.

The ODDICT Twig Pro earbuds offer a unique, yet familiar, design complete with pretty much all of the bells and whistles you could hope for. But they don’t push the envelope enough to stand out from the crowd.