MediaTek unveils Dimensity 8000 and 8100 as its meteoric rise continues

For years, many of the best Android phones have been powered by Qualcomm chipsets. We’ve seen a few competitors come and go, but Qualcomm has stuck around and continues to partner with the likes of Samsung, OnePlus, and others. Recently, MediaTek has been slowly, but surely, building up its reputation while continuing to innovate on its own chipsets. This has led to MediaTek becoming the #1 SoC maker for smartphones released in the U.S. over the course of 2021, as it gained 51% of the market. 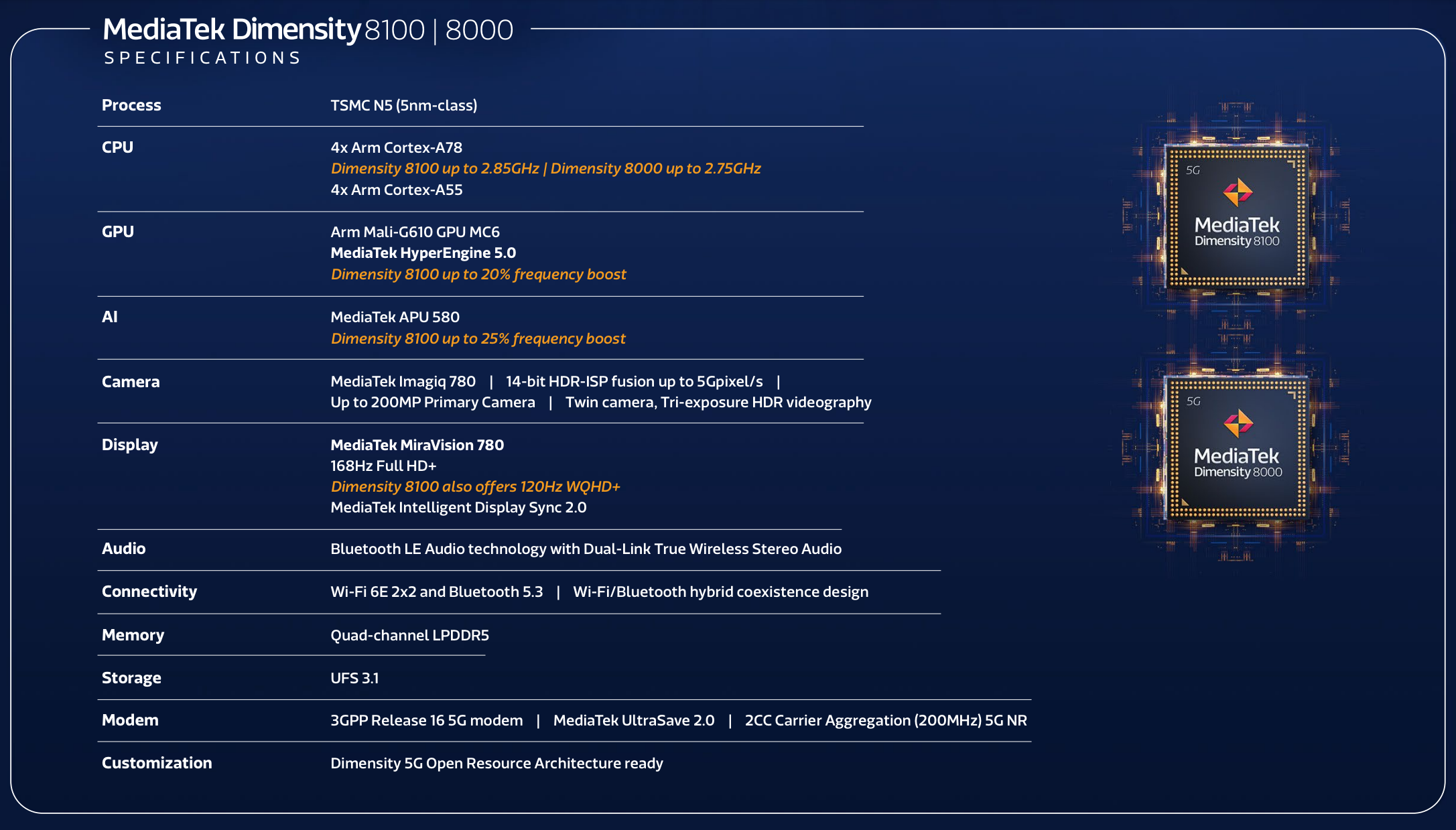 These are touted as offering flagship-grade performance while allowing for 5G connectivity, and much more. The main difference between the latest Dimensity chips is clock speed, as the 8100 uses four Arm Cortex-A78 cores clocked at 2.85GHz, while the 8000 uses the same four cores clocked at a slower 2.75GHz. Additionally, MediaTek has integrated the Arm Mali-G610 GPU which uses the company’s HyperEngine 5.0 gaming technologies for improved power efficiency and frame rates.

As for cameras, we can rest easy knowing that the Dimensity 8000 series will be able to handle some impressive camera systems. According to MediaTek, these chips include support for up to 200MP cameras, along with 4K60 HDR10+ videography. There’s even support for the ability to simultaneously record dual-camera HDR video, using either two different lenses or both the front and rear-facing cameras.

Other features of the Dimensity 8000 series include support for Wi-Fi 6E along with Bluetooth 5.3. And the 5G modem integrated with these processors aim to provide some of the best sub-6GHz performance that we’ve seen on devices so far.

MediaTek states that we should begin seeing phones powered by the Dimensity 8000 series hit the market sometime in the first quarter of 2022. Realme has even confirmed that its upcoming GT Neo 3 will take advantage of MediaTek’s latest chips. According to the company, phones using these chipsets should cost between $400 and $700, bringing some stiff competition to the market. 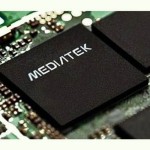 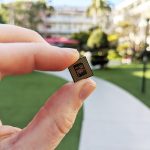