When Windows 11 was introduced and Microsoft showed off the ability to download and install Android apps via the Amazon App Store, there were many of us who were left scratching our heads a bit. Not that it won’t be awesome to be able to use Android apps on Windows, but the fact that Microsoft and Google didn’t partner up for this new venture.

Thanks to the team over at 9to5Google, we may have a better understanding as to why that was the case. Using Android 13 and “a special web app”, Dylan Roussel was able to “enable cross-device streaming.” So what does this mean? Well, essentially, you’ll be able to stream your entire phone to a Chromebook or Windows 11 PC, working in the same vein as the Your Phone app with Windows and Android devices. 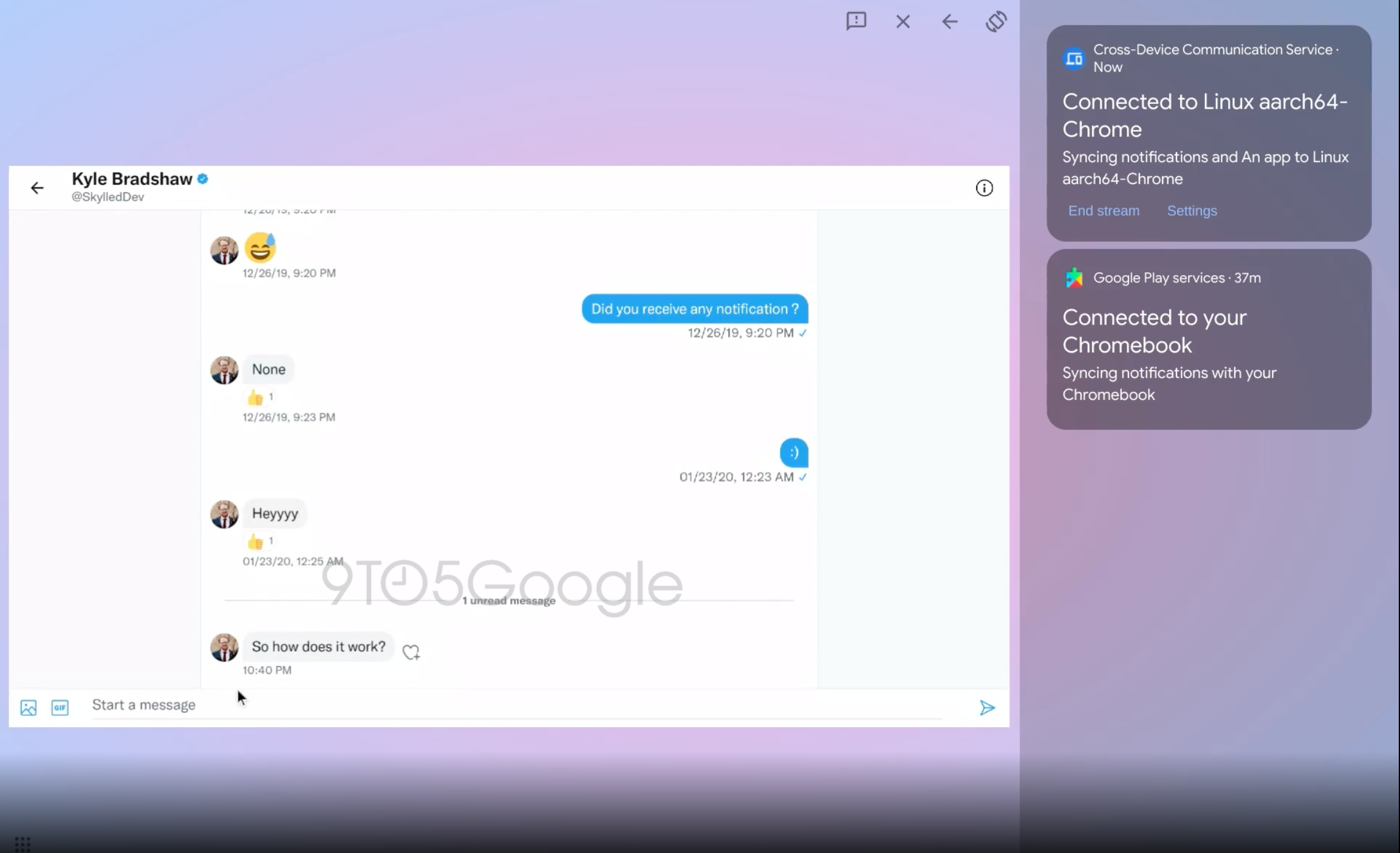 As for interacting with the app, it works just as you would have hoped. There are no special settings to enable, as you can just use the mouse and keyboard attached to your computer. Send and reply to messages, open different apps, or just keep it open for incoming notifications. 9to5Google points out that you can even go so far as to “launch any app on your phone, not just the messaging apps.”

It also seems that in order for this cross-device streaming to work properly with Windows, Linux, or Mac, the aforementioned “special web app” will be needed. Meanwhile, those who are using Chrome OS will have a slightly different experience when using this feature.

It really shouldn’t come as much of a surprise, but there will be deeper integration between your Pixel phone and Chrome OS device when using this streaming functionality. The Phone Hub is where you’ll start, but there will be a new list of “Recent apps” when trying to use the new Phone Hub feature. Plus, you won’t need to worry about using another app in order to get this Pixel device streaming working, as it will already be available and integrated into Chrome OS.

There is one statement that really stands out from 9to5Google:

From our initial testing, this app mirroring works surprisingly well across Windows laptops and Chromebooks, even when running on a lower-powered Chrome OS device like the Lenovo IdeaPad Duet. Judging solely from how good the overall experience is today, we believe that the Pixel series’ cross-device streaming may finally be close to launching.

Considering that Google only just released the first Android 13 Developer Preview, we still have a long way to go before this will hit “prime time”. It’s also possible that Google just ends up scrapping the feature altogether for this year and instead holds off until Android 14 before bringing it to users.