For years and years and years, it’s been rather frustrating to try and keep up with the progress of your app downloads. Whenever you go into the Play Store and download an app, a progress bar appears, letting you know how much is left before the download is complete. This pales in comparison to how iOS handles app downloads, which adds the icon to your home screen and you can see its progress.

It seems that Google is doing something about this, as a few users, including Artem Russakovskii and 9to5Google, have found that a similar feature is rolling out to Pixel owners. We first saw this arrive with the Android 12 beta, but for some reason, Google removed it from the final build. 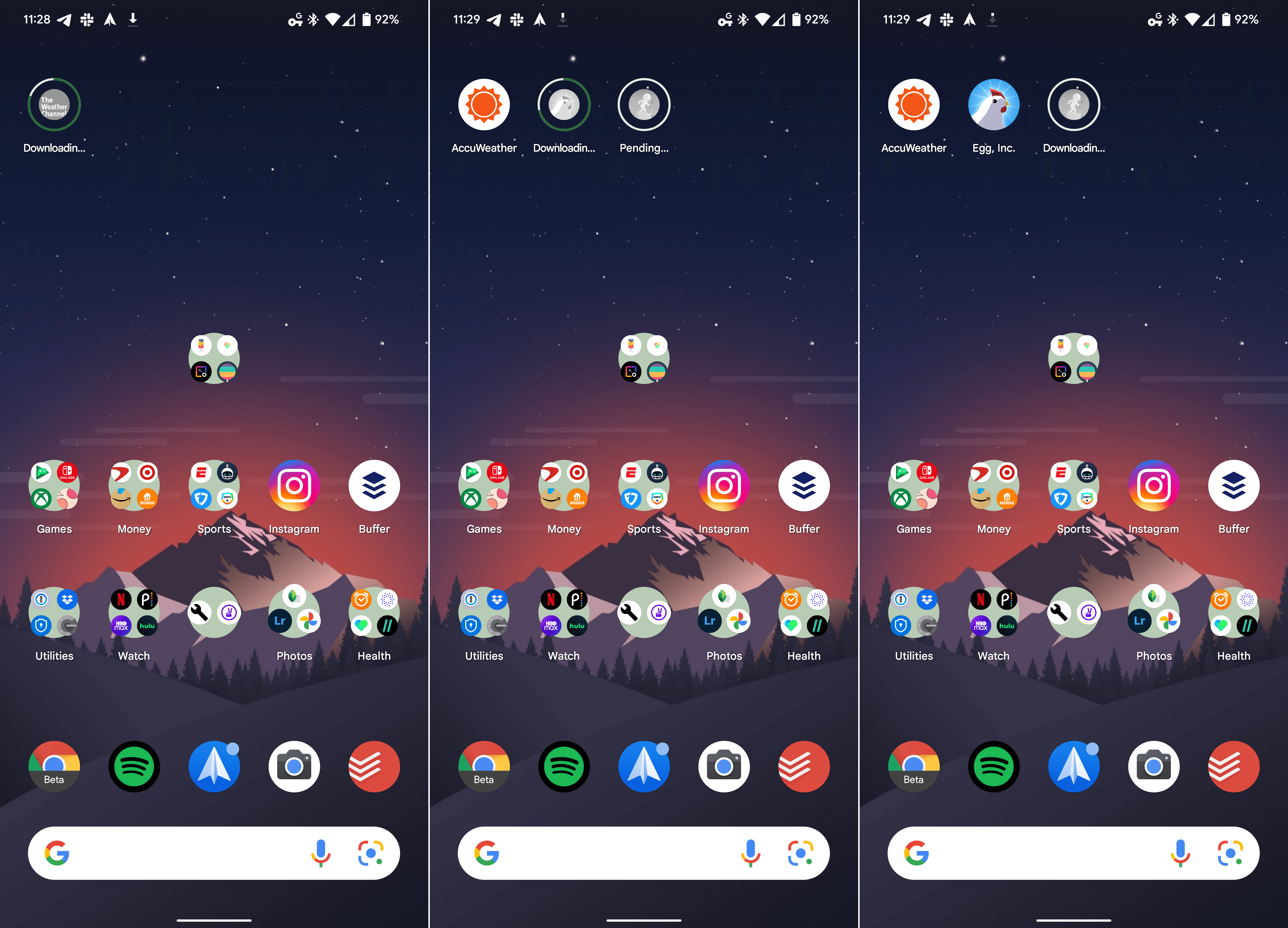 When you go into the Play Store and download an app, you’ll see a grayed-out icon appear on your home screen. This icon will be surrounded by a progress bar that continues to fill up as the download is completed. Additionally, you’ll see a “Downloading” or “Pending” label placed beneath the app icon, which is then replaced by the name of whatever app it is that you are installing.

But another nifty feature is that you can immediately move the icon around to place it where you want on the home screen. Unfortunately, there doesn’t yet seem to be a way to “pause” the download, as tapping the icon just takes you to the Play Store listing. With Google already moving in this direction, it would make sense for the company to implement such a feature, just in case you are leaving the house and don’t want a large app or game eating into your cellular data.

We’ve also confirmed that the feature is available on our own Pixel 6 Pro running Android 12, but it does not seem to be available on other devices as our OnePlus 9 Pro running OxygenOS 12 defaults to the “traditional” method.

The Play Store will now have a tab to organiz