If you’re into games in the slightest little bit, you’ve likely heard about the launch of Resident Evil Village. The game has taken off and has been covered by numerous outlets and publications, and all-in-all it seems like it’s a really great addition to the Resident Evil series.

With the rise of cloud gaming at an all-time high thanks to the likes of NVIDIA GeForce Now and Xbox Cloud Gaming, Google Stadia continues to hang around. There are rumors and reports that Ubisoft is going to be working more closely with Google to bring some more titles, but that has yet to come to fruition (although it’s expected to come soon).

I’ve dabbled with Stadia here and there ever since it launched, and have several Stadia Controllers (some still sealed). It’s always been an intriguing platform, as you can just play from a Chrome browser on any computer, and you can even fire it up on an iPad or iPhone with the help of Safari.

The argument for Stadia 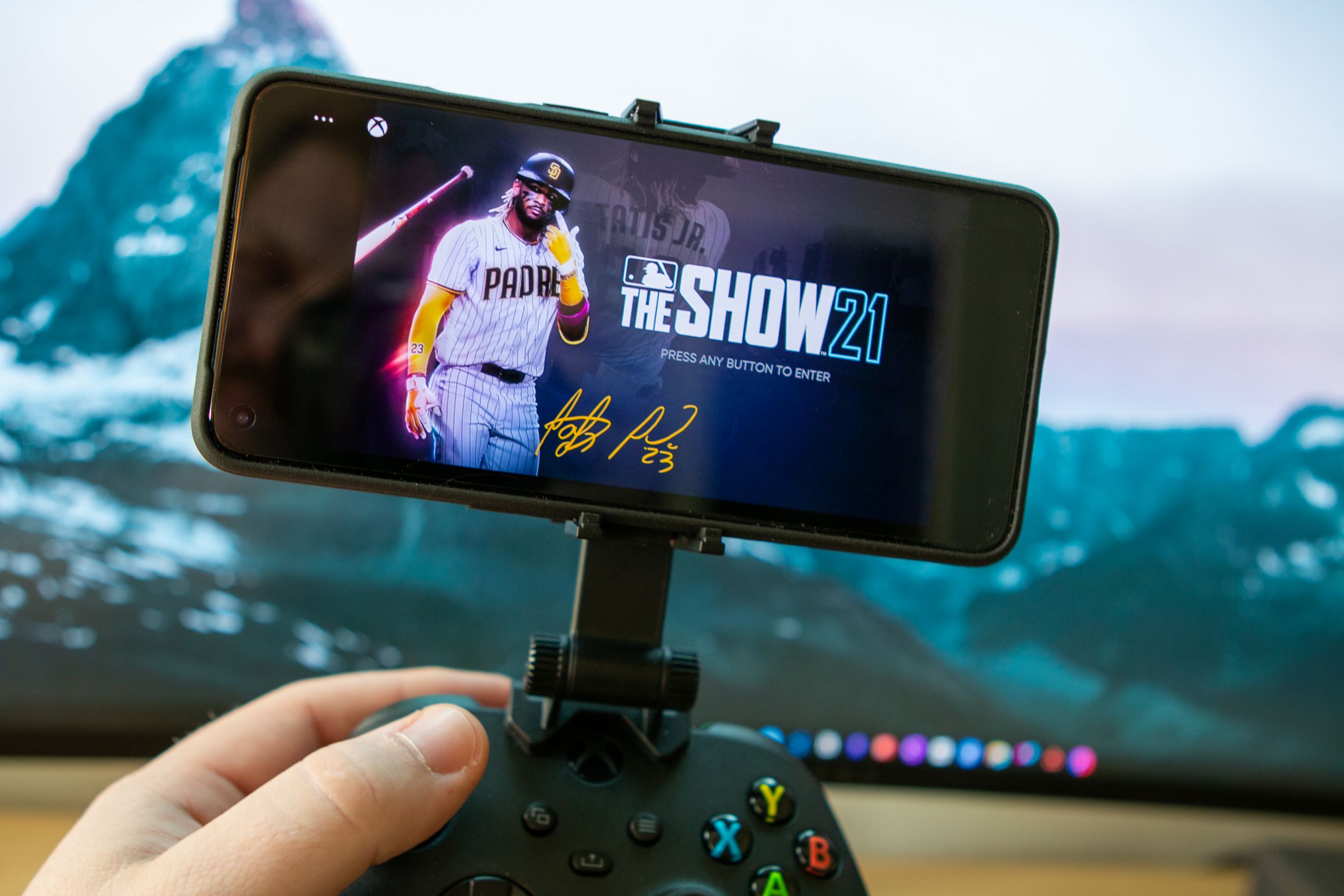 So what point am I getting at? Well, the other night, my fiance and I were sitting in the living room and I had the urge to play some video games. Since she was watching a movie, I couldn’t just fire up the PS4 Pro and take over the TV, and I didn’t feel like sitting at my computer desk for a few more hours after being at the desk for 10+ hours already.

Then an idea struck. I have Xbox Game Pass, so let me fire up some Halo: Combat Evolved on my Surface Pro X. That lasted an entire 10 minutes, most of which was getting things set up, as I hadn’t paired my Xbox controller with the Pro X yet. The bigger problem came at the point where I finally got everything loaded up, and there was nothing but input lag. To the point where hitting down on the d-pad resulted in a 2-second lag. Getting into the game and starting from scratch left me wanting to throw the Pro X and Xbox controller in a dark room never to be heard from again.

Then I remembered about that Stadia Pro subscription that I had recently reactivated so I could add Star Wars: Jedi Fallen Order to the fourth or fifth platform when it was featured on May 4th. So I gently put my Pro X and Xbox controller down and grabbed my Chromebook and Stadia controller. 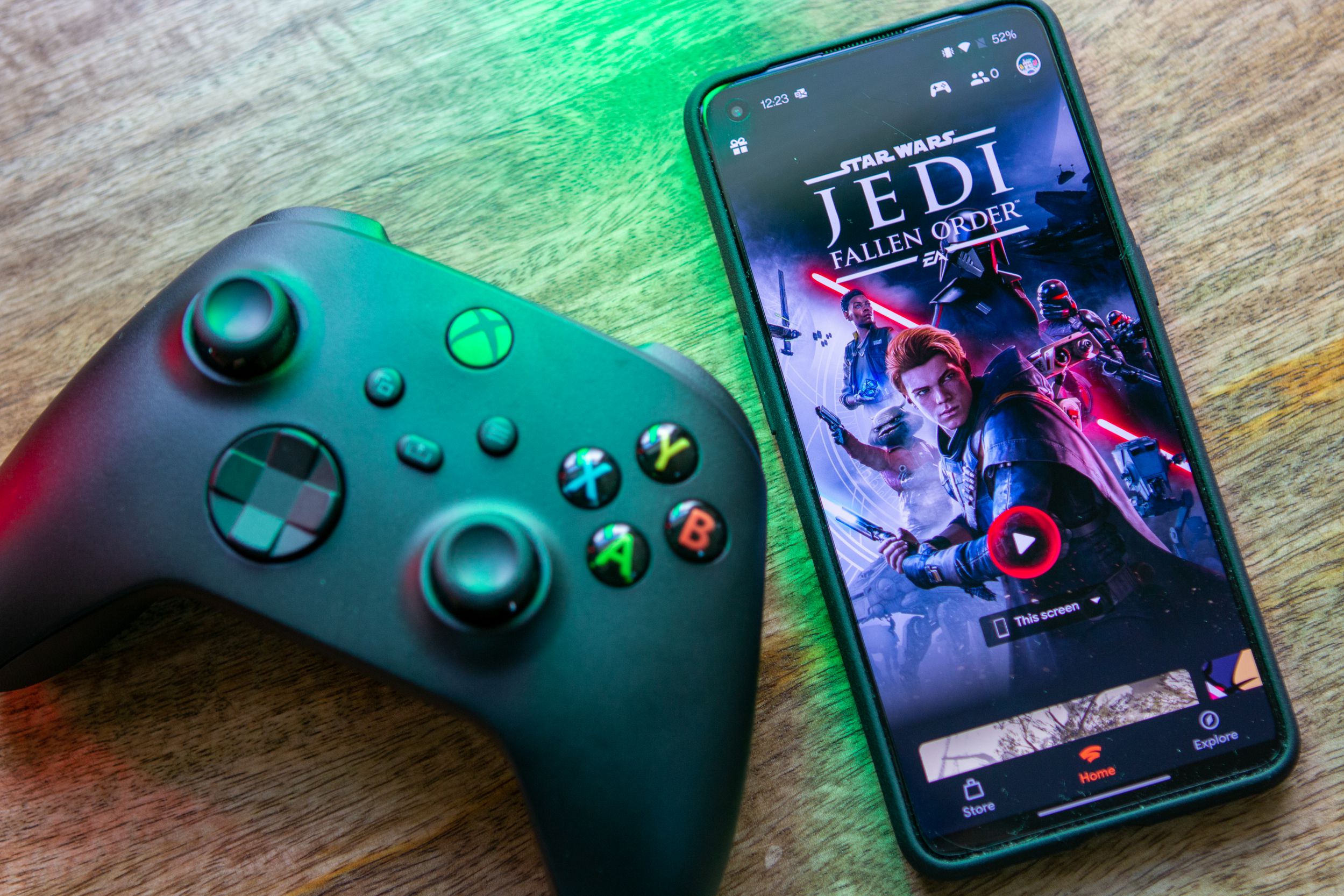 After logging in to my Google account through Stadia, it was a breeze. Like literally, a night and day difference between using Game Pass on a Microsoft device, with a Microsoft browser, and a Microsoft controller and using a Chromebook with the Stadia controller.

Now you might be thinking that it could have something to do with my in-home internet. And truth be told, that’s the first thing that I thought of. But I have FiOS Gigabit internet here, and even with movies streaming and TikToks playing, I still get consistently above 300Gbps speeds. So it wasn’t that.

I don’t know what the problem was with Game Pass, as this isn’t the first time that I’ve had trouble. All I know is that Stadia immediately calmed my nerves and I sat back and relaxed playing some Star Wars while the fiance was watching whatever was on deck for her.

This leads me back to the mention of Resident Evil Village in the beginning. I still have yet to purchase it on any of the platforms that I’ve mentioned, but Stadia is the current front-runner. So why am I taking the time to go through a long diatribe about things that are of no concern to most people? Because I’m worried about the platform.

No, I don’t think that the doomsday clock has been started, but I do think that it’s close.

Are we nearing the end of Stadia? 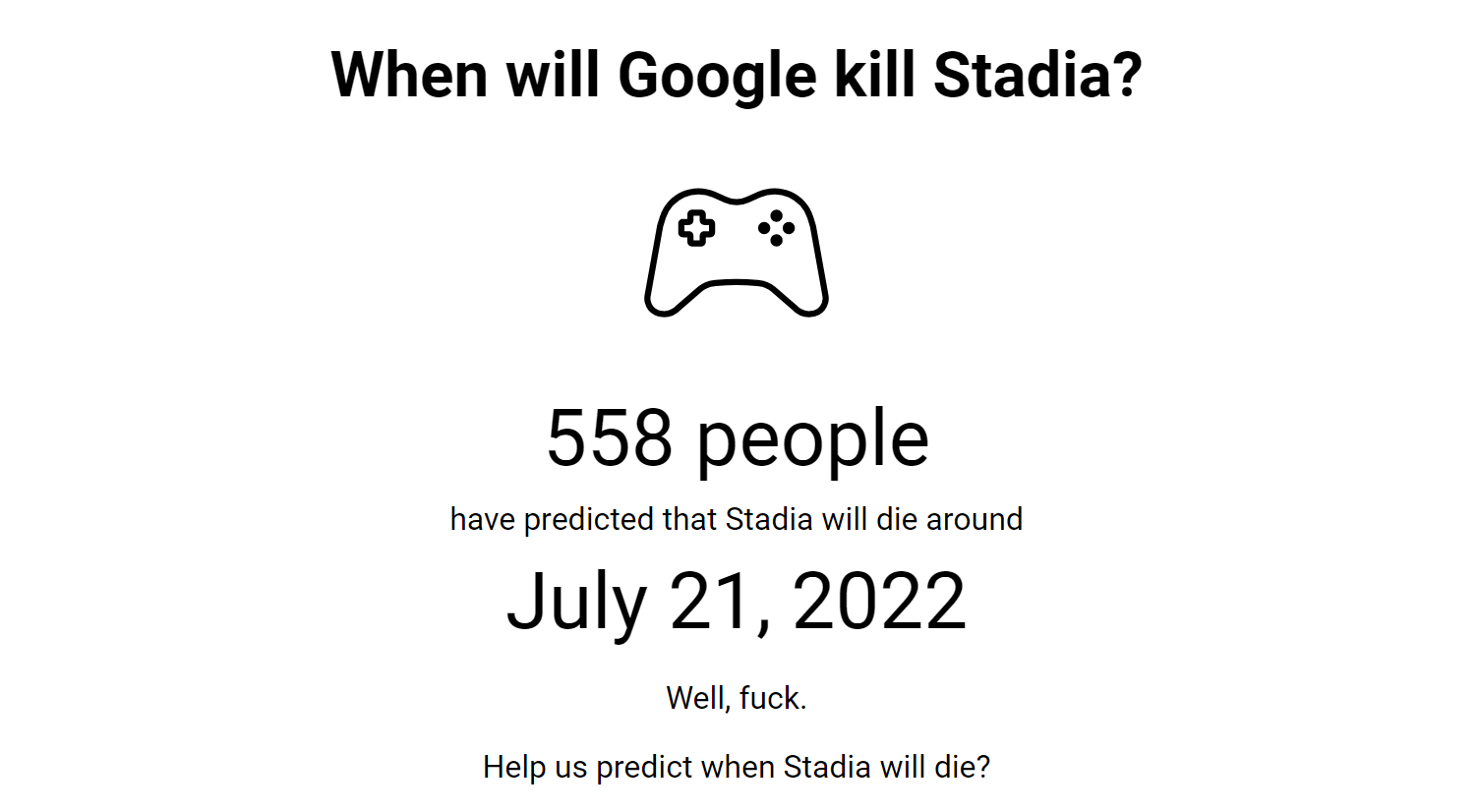 Earlier this month, we learned that John Justice was leaving Google Stadia as the division’s Product Head. He had been in that position since 2019 but left for reasons unknown to go work at a different company. This comes after the Stadia Games & Entertainment division was closed down earlier in the year, removing the possibility of in-house Stadia games arriving on the platform.

Neither of these are major blows, but there’s one thing to be worried about when it comes to Google – if there’s smoke, there’s usually a fire. We’ve seen this time and time again, where Google becomes impatient with a product, or too concerned about losing too much money, and the project is just abruptly shut down.

After speaking with Phandroid’s fearless leader about my thoughts on the matter, he correctly pointed out that even IF Stadia were to shut down, we shouldn’t lose access to our games. There will be some period of time between the announcement and the “cut-off date”, and that’s largely due to the partnerships Stadia has created with different game studios.

But that fact alone does not leave me feeling like sunshine and rainbows when it comes to the platform. I truly believe that Google is doing something right here, even if it as a company, doesn’t know what that is just yet. We can have some solace in knowing that one of Stadia’s co-founders has risen up to take the place of the former Product Lead. But who knows exactly where things go from here.

I want to love Stadia, I want to start dumping cash into the platform to play some of the best AAA titles of the year from wherever I am. I was hoping to see this come from Game Pass, but something is awry on that front.

Ignoring the departures and closing of S&GE, how much confidence can you have in a service, when the largest search company in the world only just added a SEARCH BAR to the platform? No, it’s not an apples-to-apples comparison, but it doesn’t make sense. There’s always the possibility that the introduction of the co-founder as the Product Lead turns into more cutbacks and scaling back of Stadia on the whole, at least until some equal footing is found.

If you’ve stuck around this long in my diatribe, I want to thank you. I’m also going to save a few more keystrokes but another frustration is the lack of a Stadia app on Google’s own Chromecast with Google TV. The company continues to claim that it’s “on the way”, and there have been APK teardowns from 9to5Google that suggest as much. But it’s still not here and the latest Chromecast has been here for months.

Simply put, it’s hard to invest my hard-earned dollars into a Google service, knowing that we could be just minutes away from the switch being flipped.