Why your next car should have Android Auto

Back in the day, our cars would come with a rather basic radio system. It later got upgraded where it could support CDs, and then we started to see more car manufacturers introduce displays where more information could be displayed and where it could even be used to stream a video when you are reversing.

These days, our cars are getting smarter with technology like Google’s Android Auto system, allowing us to connect our phones to our cars for expanded capabilities with a more familiar operating system.

For those who are unfamiliar, Android Auto is basically Google’s answer to car infotainment systems, where instead of each car maker using their own software, Android Auto (which is based on Android), offers a more familiar interface as well as apps that you already know and use, like Google Maps, Google Messages, and more.

So why would you choose to use Android Auto over the default system loaded by the carmaker? For starters, safety. Due to the fact that Android Auto is linked and synced with our smartphones, it means that drivers can focus more on driving and less on their phones. Information from our phones, like incoming calls or messages, can now be shown on the display of an Android Auto unit. You can also control and interact with them via controls on your steering wheel (if supported by the car maker).

Also, since Android Auto is based on Android, you will also be able to access features like Google Assistant, where you can use your voice to interact with your device like to make calls, send messages, navigate, and so on. There will also be support for apps that you might already use on your smartphone, like Pandora, Spotify, and Waze, just to name a few.

This will save users time on having to learn a brand new system, especially when it comes to navigation apps where sometimes, the bundled apps by carmakers aren’t necessarily up to date nor do they offer real-time information.

Cars with the Best Infotainment Systems 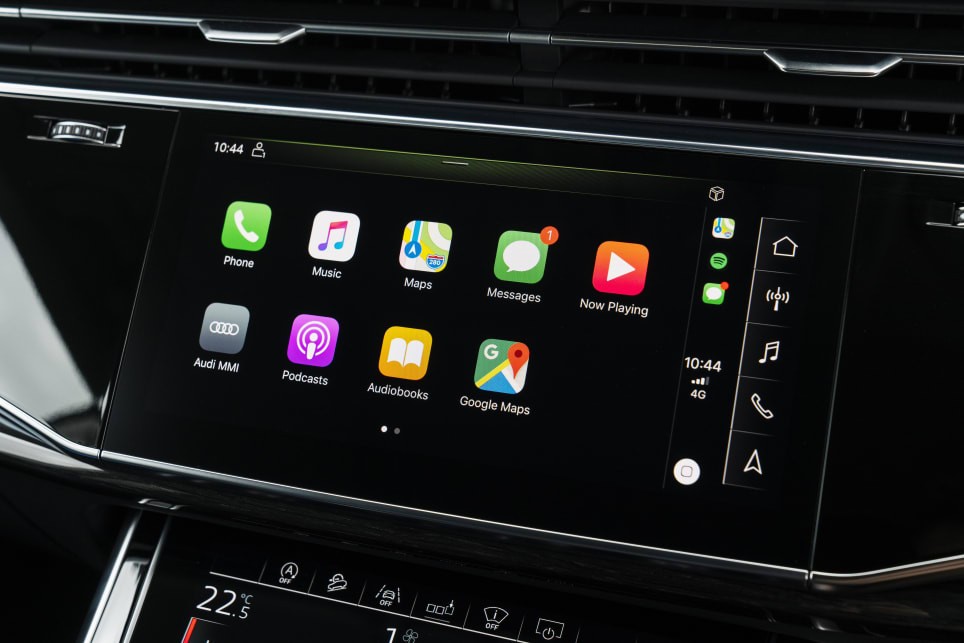 When we talk about luxury cars with fantastic Android Auto infotainment systems, Audi comes to mind. The Audi Q8 features a dual-display touch-screen Android Auto infotainment system with a 10.1-inch upper screen and an 8.6-inch lower screen. The top screen is capable of handling audio, smartphone navigation, and integration, while the bottom screen will cover features like climate, seating adjustments, various shortcuts, and also handwriting recognition.

The Volkswagen GTI has the best Android-Auto infotainment systems amongst smaller cars. It finishes ahead of all rivals in our compact car ranking thanks to its outstanding driving dynamics, spacious and premium cabin, and easy to use Android Auto infotainment technology. The system features a 6.5-inch touch screen, Bluetooth and USB-C connectivity, Wi-Fi hotspotting, MirrorLink, and will also support Apple’s CarPlay in addition to Android Auto.

The Audi Q3 holds the leading position in the luxury subcompact SUV rankings. The SUV comes with an 8.8-inch touch-screen infotainment system, which is standard. The built-in system is responsive, easy to use, and sports crisp graphics. There is also a built-in navigational system and a rotary knob on the center console.

Other possible upgrades for the Q3 include satellite radio, wireless device charging, the ability to create a Wi-Fi hotspot, and 12-speaker surround-sound stereo. Some features come as part of the Convenience package, while others are available as stand alone options.

The Honda Odyssey leads the position in our minivan ranking. It comes with a spacious and well-constructed cabin, and it also offers Android Auto as a possible infotainment system option. The Odyssey’s infotainment system features a 5-inch display, Bluetooth connectivity, and two USB ports. There is also built-in HD Radio, satellite radio, Cabin Control, and support for Honda Link.

The car’s Cabin Control app lets passengers adjust some vehicle features using their smartphones, such as climate control. Honda Link will also give car owners remote access to the minivan, but that feature is locked behind a subscription. The Odyssey also offers navigation, the ability to create a Wi-Fi hotspot, wireless device charging, an upgraded 11-speaker audio system, and Cabin Watch, which lets you view the second- and third-row seats on the touch screen. 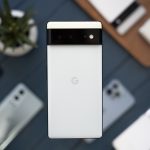