15 Malicious Apps That May Be Hiding On Your Phone

There is no denying people are more concerned about their privacy than before. However, you will find numerous malicious apps on Google Play Store that are making the digital lives of millions of users insecure.

As per the recent report from a security firm, SophosLabs, 15 dangerous apps do not show up in the phone app’s settings page and even hide their icons in the launcher’s app tray.

This post will let you know how these apps appear on your smartphone and what precautionary measures, like using a good VPN service to protect your identity and make your Android devices more secure.

According to cybersecurity company SophosLabs, there are 15 harmful apps available on the Google Play Store. These apps hide their app icons that make it difficult for users to trace them.

Besides, they annoy users by showing them a large number of ads on their mobile phones. Similarly, these apps take huge benefits from dark cyber wizardry that does not allow users to uninstall such apps.

How do they Deceive Users?

After launching the app, you will see a message that says, “This app is incompatible with your device.” Once it has displayed this message on your screen, the app hides its icon, and as a result, you cannot see the icon in the launcher’s app tray.

Some apps show this message during the first launch and others show you the message once you have installed the app on your Android phones.

Out of these 15 apps,  9 apps used a bait-and-switch technique as per SophosLabs’s findings. It means these apps have used one particular name and icon when it comes to displaying the apps on the phone’s App settings page. These apps have used a different name alongside icons for the operation that is running the app.

Once you launch the app, this name and icon disappear. This is how they deceive users by showing legitimate names and icons on their mobile phones.

Different trivial apps have been termed as malicious in the Google Play Store. These apps disguise themselves as utility apps such as phone finder, image editor, weather update, etc. Interestingly, all these names are shown in the phone’s settings only.

The list below highlights 15 harmful apps SophosLabs exposed that you should avoid at any cost: 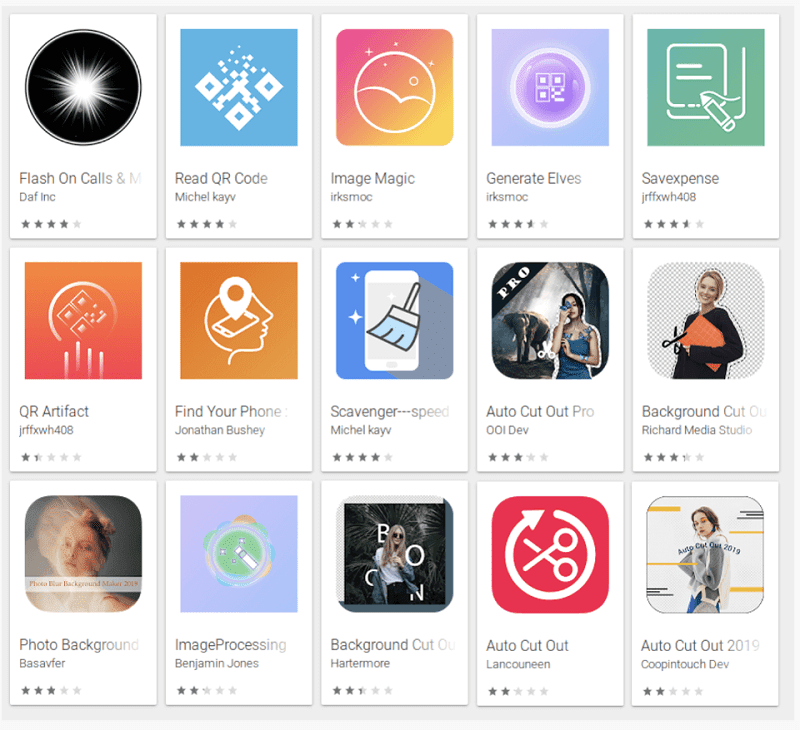 Ironically, the most worrisome aspect is that all these 15 apps have appeared on the Google Play Store. Thus, it is high time to address the gaping holes identified in the Play Store security. Apart from this, someone has to stop these adware factories from operating since they are pushing such vulnerable apps in the public domain.

The package names of these apps are as follows: 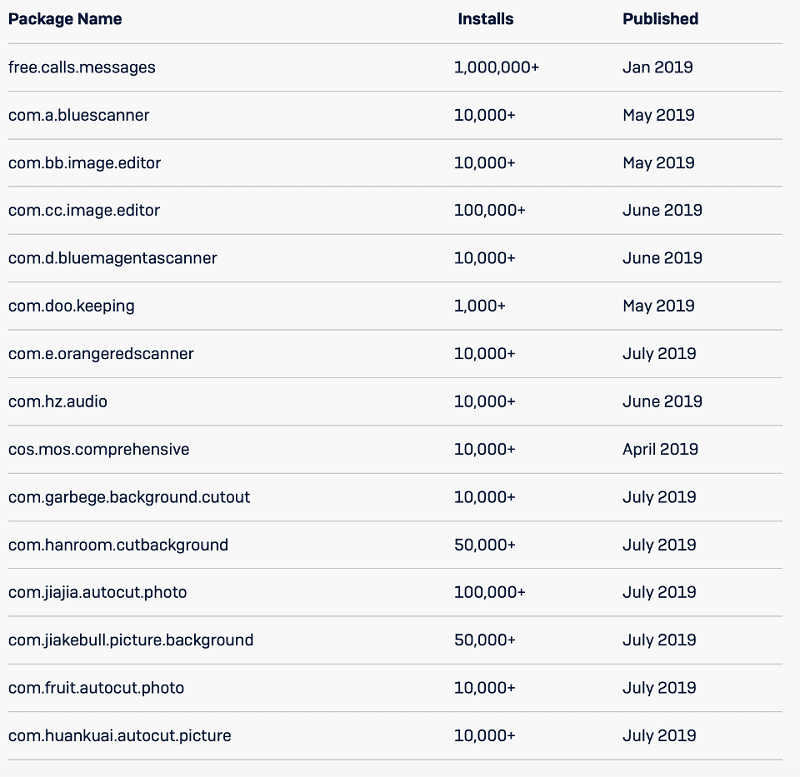 On the other hand, there may be similar notorious apps available in the Play Store that have not been identified yet.

Security Tips for all Android Users

Before browsing the internet on your smartphones, you should always ensure that you have protected your mobile phones from various online security threats like hacking, identity theft, etc.

Here is the list that includes some invaluable tips to enhance the security of your favorite mobile devices:

Above all, malware will not be able to use this option to gain access to your phone.

A VPN masks your actual IP addresses through alternate IP addresses. Furthermore, it creates an encrypted connection between your Android phone and the VPN’s server. Hence, you can spoof your online locations from unwanted personnel like ISPs, hackers, and other surveillance actors.

Before using any VPN service, you should use a reliable VPN service like ExpressVPN to regain your online freedom while using Android mobile phones. You can try ExpressVPN free trial hack to check its performance without any cost whatsoever for your ease.

You should not undermine the importance of security updates by turning them off. These updates protect your data by rectifying the security loopholes of your devices. If you have not turned them on yet, activate them as soon as possible.

By doing so, you can safeguard your mobile phones from unwanted cybersecurity issues in the future.

Types of App Permissions to be wary about

Have you ever installed Android apps without a second thought? If yes, then you should know regarding different types of app permissions and how they can affect you. When you permit an app to do something, it can do anything it can do so.

Therefore, you will need to disable such permissions within your apps settings. Otherwise, the app will not ask you every time to authorize an action. Hence, you should be careful about some common apps permissions that are described below:

It should not surprise you at all if a voice recording app needs to use your microphone. But if a gaming app does such things, then you should not take it lightly. There are hundreds of apps on the Google Play Store that use your devices’ microphones to know which type of TV shows and movies you are watching. This tactic helps them build relevant marketing profiles of users.

Google Maps needs to know about your location that allows it to give you direction eventually. If an irrelevant app asks your permission regarding your location, there is something fishy in a matter.

Different apps are bound to access your contacts to perform their core tasks. For instance, new messaging apps may check to see if your loved one or friends use the same app or not. Unfortunately, they can misuse the permission by uploading your contact lists to advertiser’s servers without your knowledge.

An app might need your permission to use your text messages to retrieve a login code. There is nothing wrong with it, but the app can use this permission for unethical objectives. The app can send a fake story to your contacts on your behalf for financial assistance. It may delete those sent messages from your mobile so you cannot see them later on.

If you are willing to keep your identity and personal data secure while using your Android smartphones, do not download trivial utility apps. Likewise, follow the simple security tips mentioned above, including VPNs that can improve your Android phone’s online protection next level.

This Android malware has been installed on ov