Hisense still isn’t exactly a household name in the US, but the company is the third-largest TV manufacturer worldwide and has a huge portfolio that covers all manner of home electronics, but we’ll be sticking to its Android TV-powered televisions today.

This still represents four separate series of TVs with multiple screen sizes available in most so buckle in. Across the entire lineup these displays are running Android 8.0 (Oreo) based Android TV with Google Assistant.

Starting at the top of the line, we have the U9F, which comes in just a single size, a 75-inch UHD Quantum Dot Display. It offers over a thousand dimming zones and 2,200 nits of peak brightness along with support for Dolby Vision and HDR10. Built-in audio is via Harman/Kardon. Expect to see it out this June.

Moving down the line the H9F is next on our list with a UHD Quantum Dot Display like its larger sibling, but slightly smaller with a 55 and 65-inch models available. Peak brightness on these units is 1,000 nits with 150 dimming zones. Again we have support for Dolby Vision and HDR 10. The H9F is due to begin shipping in May.

The H8F drops down to a standard ULED display rather than the Quantum Dot, but maintains the 4K resolution both the 55 and 65-inch models. The peak brightness falls to 700 nits and 64 dimming zones. Support for Dolby Vision and HDR 10 are again present. The H8F is also expected to begin shipping in May.

Finally, at the bottom of the lineup, we have the H5F with an FHD screen in 32, 40 and 43-inch variants. Peak brightness drops to 250 nits on these units. Obviously these are all about hitting that price point, so you are losing out on the higher-end features, but if you need a smaller TV and appreciate the built-in Android TV then these are extremely affordable options and they’ll be available in May.

Anyone have a Hisense TV already? If not would you consider them this year? 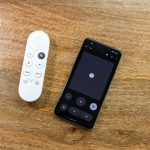