The Samsung Galaxy Note 7 is officially dead — it exploded in popularity (teehee), but technical issues have forced Samsung to suspend the series’ annual refresh. That means that we won’t be getting any new smartphones from Samsung that come equipped with a stylus this year. 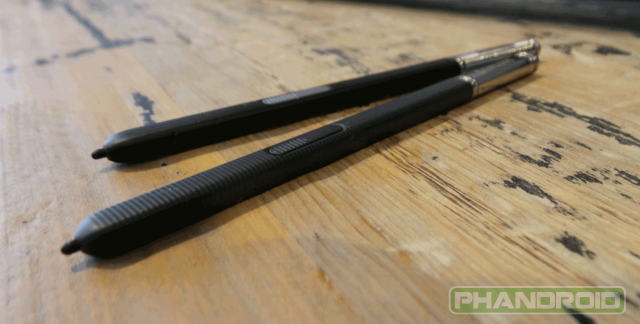 It’s a shame, because for some folks it’s the S-Pen that keeps them coming back to the Galaxy Note lineup, and it’s clear why — no one is matching Samsung in the digitized stylus game. The company even has roots in the #1 digitizer company running the show. The S-Pen’s years of refinement have resulted in an experience that increasingly blended the lines between screen and paper, and pen and, well, S-Pen.

If you’re one of those people and absolutely can’t go without an S-Pen or stylus these days, we’re here to help. Here are the best smartphones you can buy today that come equipped with a stylus. 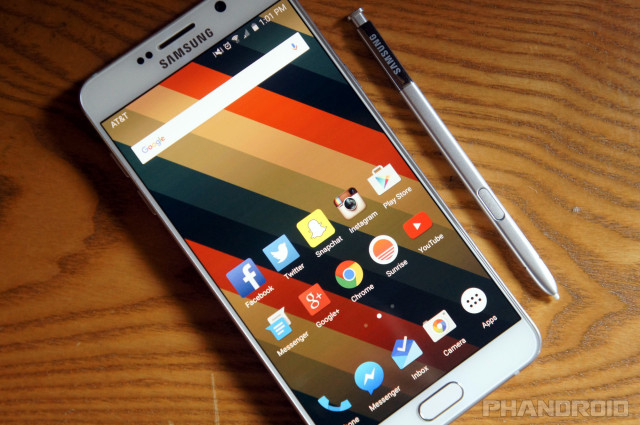 At first glance, people might still think it’s a Note 7.

That said, the device does share a fair bit of other things, like it’s slick build and good looks, fast performance, and great display and camera. Oh, and we can’t forget about the digitized stylus known as the S-Pen, of course. If you absolutely can’t live without a Note, then this is the phone to buy for now. Get our full opinion on this phone in our Galaxy Note 5 review. 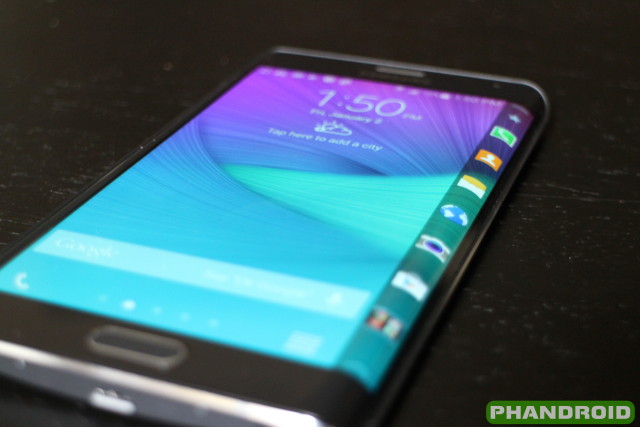 For all of the good things the Samsung Galaxy Note 5 has, there are a couple that people deem unforgivable. The biggest complaint from that crowd was the lack of a removable battery and microSD card. Well, the Galaxy Note Edge — or the Galaxy Note 4 if you don’t dig the Edge display — has you covered in that regard.

This phone is a bit long in the tooth by now with it being a 2014 model, but it’s still receiving modern versions of Android and should be able to hold its own for almost any task you have for it. 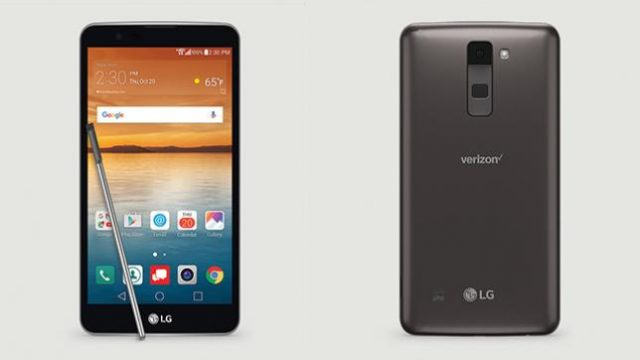 This Verizon-only phone takes after the long-running LG Stylo / Stylus line in its form and function. It features middling specs, albiet it at an appropriate price tag at just over $200. The phone includes a stylus, though it isn’t remarkable. The writing functionality itself is limited, as there’s no pressure sensitivity or proximity-based features that the Wacom-enabled Note series provides.

But, it is smart enough to alert you when you’re moving with your phone without the stylus inserted, and the phone can bring up a quick memo box when it detects you’ve taken it from its holster. Internals also aren’t too bad with a 1.8GHz Octa-Core Snapdragon chipset, 13MP rear camera, 5MP front camera, 5.7-inch 1080p display, and more. 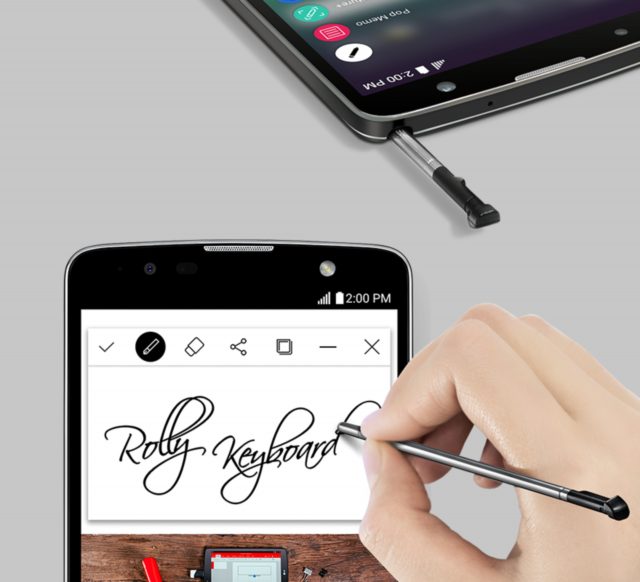 These 2 phones are cut from the same cloth, and both are slightly weaker variants of the LG Stylo 2 V. With a 1.4GHz chipset instead of one clocked at 1.8GHz, it’s not a huge downfall. It’s stil Octa-Core in its architecture, and all the other specs fall in line with Verizon’s latest model. And there’s also the fact that you don’t need to be a Verizon customer to use these, and European models may come with DAB+ radio support for those in that region. 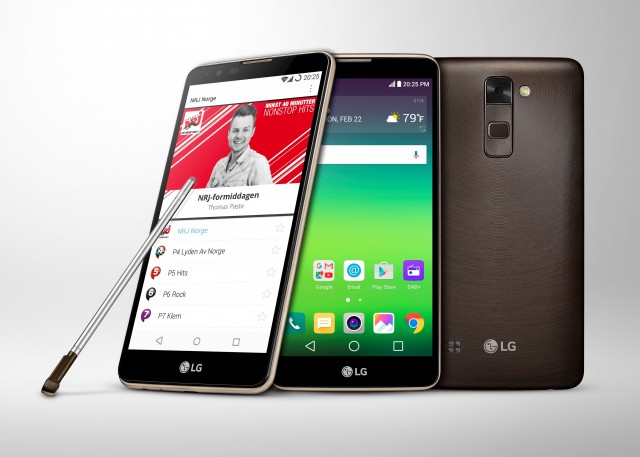 If your budget is stretched really thin, this is your option. The Stylus 2 sticks with the familiar 5.7-inch form factor of all the models above, only its screen resolution sticks at 720p and it’s sporting a weaker 1.2GHz quad-core chipset.

For those who simply can’t or won’t accept any of the options discussed above, here’s one hail mary: get yourself a capacitive stylus. There are downsides to this route:

Knowing all of that, if you still want or need a stylus for your phone of choice, we’re recommending MEKO’s 2-in-1 set of stylus pens. You get 2 pens in one box, and they support removable fiber tips (2 included) and a disc tip (4 included). Fiber tips are used more for general navigation and operation, while you’ll want the disc tip for smoother and more accurate hand-writing and drawing. 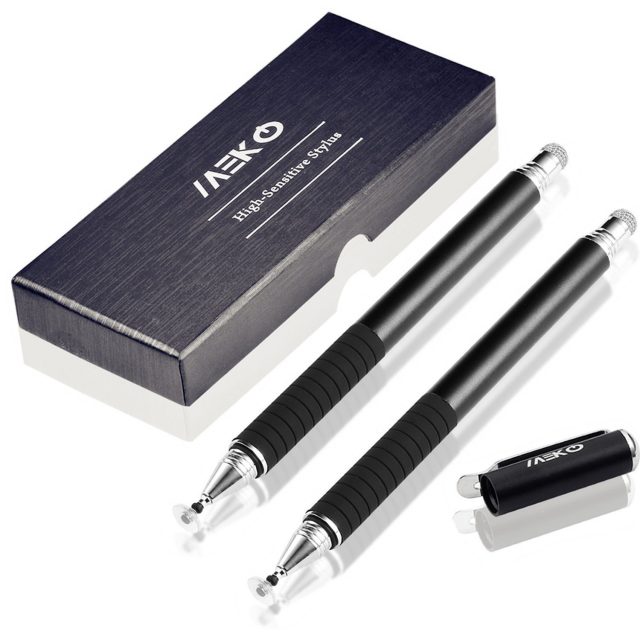 That’s not going to solve any dilemma that requires pressure sensitivity or anything else a proper stylus like the S-Pen can provide, but there you have it. It’s even affordable at a cool $15 for that package.