The devices are both sleek, sexy and pack a pretty formidable punch, and we were able to get our hands on both of them. 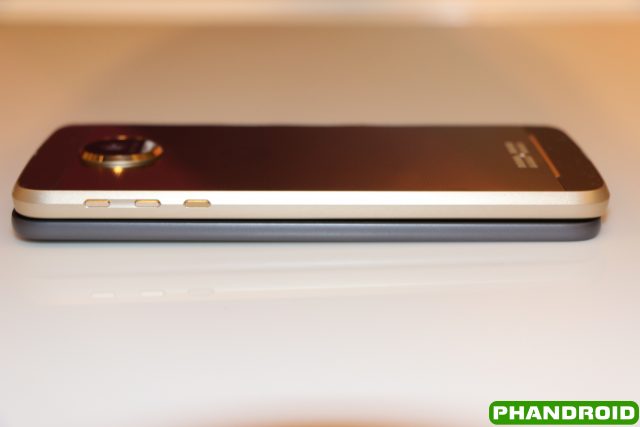 The Moto Z Droid is the thinner phone of the two, measuring in at only 5.2mm, making it the thinnest flagship on the market. Although the device features a 5.5-inch display, you don’t really recognize the “phablet” size due to how thin and light the Moto Z Droid is.

The back and the sides of these devices are machine-grade aluminum, with glass at the top and bottom of the rear panel for the various antennas and other accoutrements. Nestled at the bottom are the powerful magnets that make the world go ’round and hold the various modules in place. 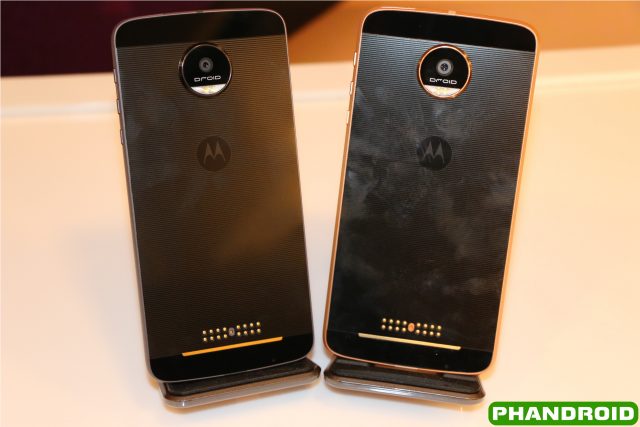 However, there’s one caveat with the back panel: It’s a fingerprint magnet. We thought the glass panels on the Galaxy S7 and Galaxy S7 Edge were bad, but Motorola may take the cake in this regard. Luckily, you will be able to attach various Moto Mod covers, or Mods to the rear so this really won’t require you to clean your device all that often. 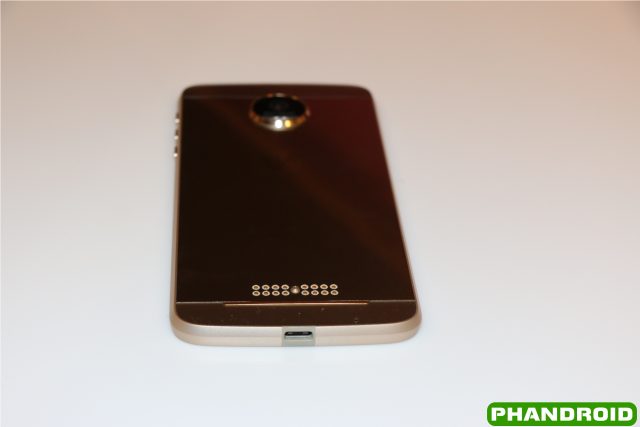 We’ll be putting these devices through the ringer to see how well they stand up in your day to day lives, so be sure to keep your eyes peeled for the full reviews. If you have any questions in the mean time, feel free to let us know.