Welp, consider this a major bummer. Everyone rejoiced at the news that the Samsung Galaxy S7 and S7 Edge have microSD card slots after we missed out on them for all of Samsung’s 2016 flagships. Finally, Samsung delivered the device of our dreams that was oozing with both beauty AND brawn!  But new information gives us good reason to take a step back and think about tagging Samsung with a total winning score.

For starters, the Samsung Galaxy S7 and S7 Edge are said to only come in 32GB flavor in some markets, including the United States. No problem, right? That expandable storage will make nice use of Android 6.0 Marshmallow’s adoptable storage feature that lets you use microSD cards as internal storage, no?

Well… no. Like the LG G5, Samsung decided to skip out on supporting adoptable storage for their latest smartphones. This means you’ll only be able to use the microSD card for things that can be written to external storage, like photos, video, music and files, but not apps. 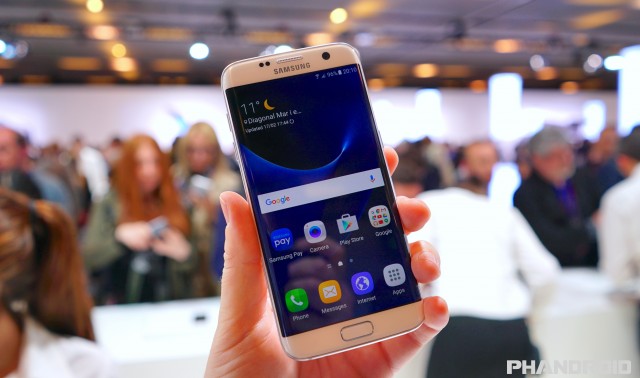 Samsung says their decision came down to customer confusion — they don’t want people pulling out the microSD card while it’s being used for adoptable storage and potentially making a mess of things. It’s a valid concern, but we wished they’d put the burden on consumers to use it properly (and it’s not like they can’t put clear warnings on how to use the feature before the user enables it).

And we probably wouldn’t have too much of a problem if Samsung’s phones didn’t use up a ton of the device’s storage out of the box, but they do. They’re looking to shrink the bloat for their Marshmallow firmware, but will they really be able to able to get it clean enough for a power user to install all the apps and games they want without hitting the limit?

Take it from yours truly who — as far back as 2014 — had to use a 32GB device. That device was the HTC One M8. I’d hit my storage limit in less than half a year, and that was nothing but apps and photos taking up space. HTC devices didn’t (and still don’t) eat up as much storage out of the box as Samsung devices, and I still didn’t have enough room.

Fast forward to today, and you have apps getting bigger, games becoming more popular and videos and photos having higher quality. I find it hard to believe that even an average user can comfortably live on 32GB of storage. Offload your photos, video and music to your microSD card, sure, but how many high-quality games can you install before you have to remove one? And what about those who use streaming music apps whose offline listening features rely on internal storage?

We’ll have to hope that Samsung eventually changes plans, either by offering higher capacity models or patching in adoptable storage support in a future firmware upgrade. Otherwise, you’re going to have to stay limited to 32GB for your apps, and there’s not much you’ll be able to do to change that.