Ever since Google Glass “graduated” from Google X Labs, it seems we can’t write an article about the device without people proclaiming it’s dead. It’s not. Google is working on it. They’ve taken it private. Tony Fadell wants to take the early work done by the excellent team at Google and make sure he gets it just right, just like he did for Nest and the iPod, and he doesn’t want to show it until it’s ready. 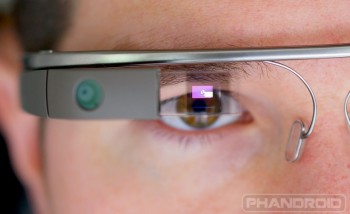 Google Glass isn’t dead, so stop saying it. They’ve said it once, and now Eric Schmidt is saying it again:

“It is a big and very fundamental platform for Google,” Schmidt said. “We ended the Explorer program and the press conflated this into us canceling the whole project, which isn’t true. Google is about taking risks and there’s nothing about adjusting Glass that suggests we’re ending it.”

This is a thing. A real thing. A thing that’s happening. It might not be here as soon as we’d liked, but it’s not something Google is sweeping under the rug.

If you’re already an Explorer with the latest publicly-released unit, enjoy it. Stop obsessing and complaining over a new version that you won’t even be able to see until Google is ready to put them up for sale.

It’s OK to be concerned (and even angry) about the $1,500 prototype you bought that will eventually be obsoleted, and we certainly do hope those folks are hooked up with some sort of upgrade path once the consumer version is ready, but no amount of petitioning and rioting will change Google’s stance on the future development of Glass if they haven’t already changed it.

Beyond that, you knew what you were getting into. You knew Glass was still in the exploratory and platform-building phases and Google only wanted people who truly understood that to use it, which is why they asked you to pay $1,500 for a piece of kit that likely didn’t take nearly as much money to manufacture.

If Glass were truly dead, don’t you think they’d tell us just as they’ve done countless times in the past when they retired a lot of their other products? Sit back, relax, and let Google do their thing.