HTC RE vs. GoPro: which is the better portable camera?

HTC’s newly announced RE camera takes on a new market for the company — a market that has seen surprisingly little competition in recent years. Since the Flip camera faded out in large part thanks to the rise in smartphone video capture quality, the GoPro line has become a go-to option for folks seeking an affordable, portable, and durable camera. We take a look at how GoPro’s $199 Hero3 stacks up against the similarly priced HTC RE. 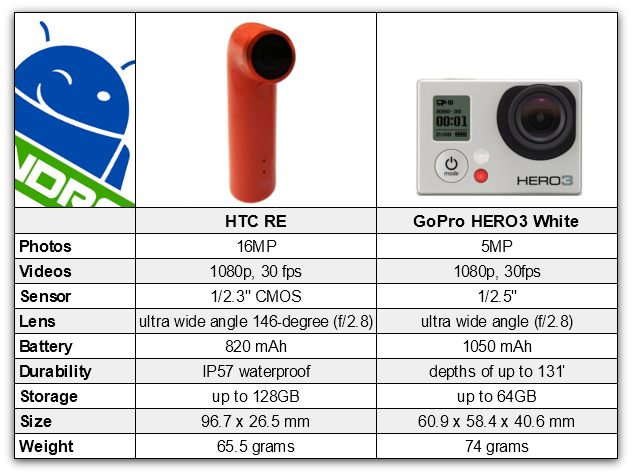 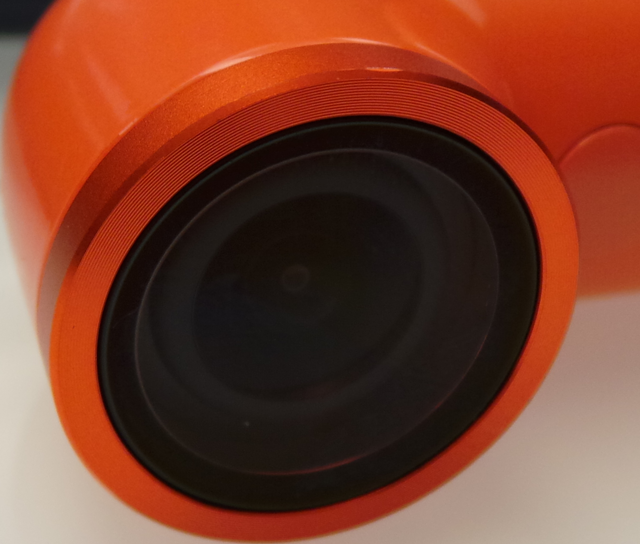 Image quality, above all, is generally the benchmark by which we rate and compare the ultimate usefulness of a camera. Throw in all the bells and whistles that you want, but if the photo and video produced by any one particular device doesn’t impress, it might as well be a paperweight. The good news is that both the HTC RE and GoPro Hero3 are capable of some excellent shots.

The HTC RE would appear to be the better of the two on paper. It features a 16MP 1/2.3” CMOS sensor with an ultra wide-angle lens and f/2.8 aperture. The Hero3 likewise sports an ultra wide-angle lens with f/2.8 aperture, but it sports a resolution of 5MP. The gulf between the these cameras, however, is not as wide as the megapixel count would suggest.

The GoPro line has been lauded for the high quality photos and video it is capable of producing. There is a reason that Hero series cameras have become the go-to option for professional production crews looking to capture great action shots in the most treacherous of situations. Though we haven’t had much time toying with HTC’s offering, the early results are impressive in their own right. It’s safe to say where still photography is concerned, the RE might have a step up. Video isn’t as easy a call.

Both the GoPro Hero3 and HTC RE benefit from multiple modes for snapping photos and shooting video. The Hero3 ultimately offers slightly more in the way of options.

HTC RE users will benefit from 1080p video at 30fps along with 4x slow motion video at 720p. The RE also features time-lapse recording capabilities. The Hero3 offers 1080p video at 30fps, but also provides the more “cinematic” option of 25fps. The GoPro can also be switched to 960p at the same frame rates or dropped to 720p and WVGA resolutions with frame rate options increasing to include 50fps and 60fps. In addition, the Hero3 offers burst photo mode as well as its own time lapse function with various capture intervals.

You won’t confuse the HTC RE for a GoPro. The two feature drastically different design. The RE looks like a mini periscope, a tubular body with its lens positioned at a curved end. Its measurements can be roughly transcribed as 96.7 mm tall and 26.5 mm wide with a total weight of 65.6 grams. The RE is plenty portable and designed to fit comfortable in the grip of your fist.

The GoPro, on the other hand, carries a more traditional camera form factor, though miniaturized. It measures 60.9 x 58.4 x 40.6 mm and weighs 74 grams naked. Throw on the included waterproof, dust-proof housing and things increase to 136 grams. It’s hard to compare the Hero3 to the RE in terms of form factor, but let’s just say both are extremely compact and lightweight and easily tossed in a bag or purse (the RE might be slightly more pocketable). 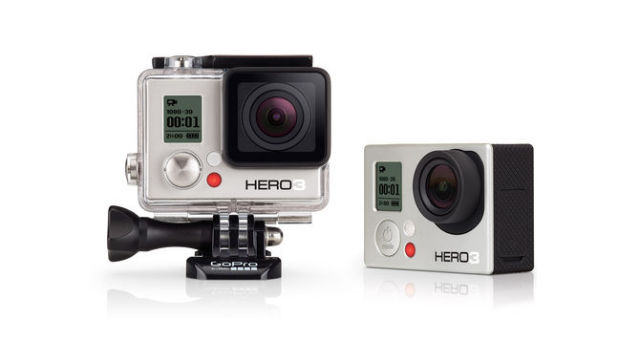 As for durability, the RE is waterproof up to one meter for 30 minutes right out of the box (IP57). The GoPro Hero3 isn’t inherently waterproof, but throw on its form-fitted case and the RE can’t come close in terms of water and dust resistance. With camera housing properly attached, the Hero3 can travel to depths of 131 feet with no time restrictions. The RE seems a little more geared to the casual user whereas the GoPro appeals to a slightly more extreme crowd.

Both cameras operate off of microSD storage. The GoPro Hero3 can support media up to 64GB. The HTC RE will work with cards with capacities reaching 128GB and comes with an included 8GB card. The edge here obviously goes to the RE.

Both devices sport micro USB and WiFi connectivity. The HTE RE also gets Bluetooth LE (4.0) while the GoPro features a microHDMI port. Both devices are capable of connecting with Android and iOS devices (the RE relies on BLE while the GoPro works with WiFi) for sharing photos and videos as well as providing a remote viewfinder and camera controls.

The Hero3 gets the edge when it comes to battery life. The GoPro device ships with a rechargeable 1050mAH battery estimated to provide over two hours of continue full HD recording at 30fps. The RE boasts an 820mAH power cell capable of producing about an hour and half’s worth of 1080p, 30fps video recording. 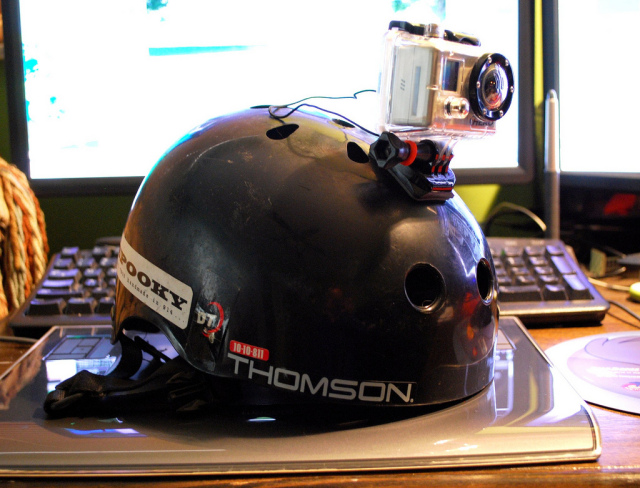 The HTC RE is a new device and a new venture from HTC; it features few accessories beyond a wrist lanyard to keep the camera secured to your person. The GoPro Hero series is the exact opposite with a thriving ecosystem offering mounts and attachments for almost any activity you can think of filming, including cycling, skydiving, and even playing the guitar.

For the purpose of our comparison we have been looking at the $199 GoPro Hero3 due to the pricing coming in at equal to that of the HTC RE. Those broadening their horizons will find that GoPro offers a variety of cameras to choose from including the new Hero4, geared toward the professional crowd, and the Hero, an entry-level camera boasting many of the same features as the Hero3 for $70 less.

So which would you choose for your on-the-go video needs? Let us know in the poll below.