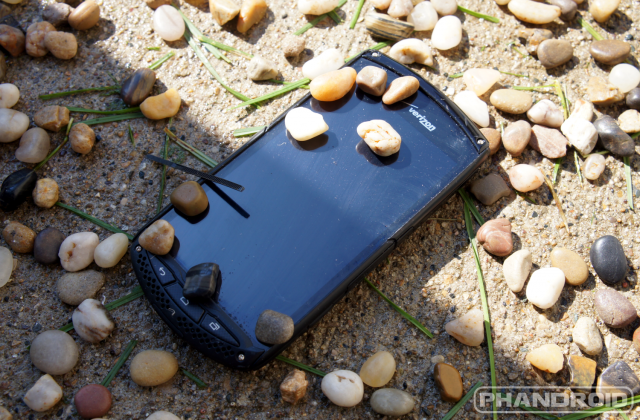 It’s happened to all of us. You bring home your shiny new phone, and at first you are very careful with it. You take care to set it down gently, and maybe even buy a case for it. As time goes on you become increasingly rough with the device. Then it happens. It slips out of your hand as you pull it from your pocket. You hold your breathe as it lands face down on the pavement. The screen is cracked.

The details of this story may be different for you, but chances are we’ve all broke a phone or two in our day. It’s inevitable with the way most smartphones are built. They’re made with plastic or aluminum, and a large part of the device is a big pieced of glass. Plus we take these devices everywhere. It’s amazing we don’t break them more often. So what can you do about it?

The most popular solution is to buy a big, bulky case to put on it. That works pretty well, but it will cost you an arm and a leg if you want true protection from all elements. A better solution is to buy a device that was built specifically to withstand tons of abuse. Enter the Kyocera Brigadier. It’s certainly not the first rugged device on the market, but it has some new tricks up its sleeve. 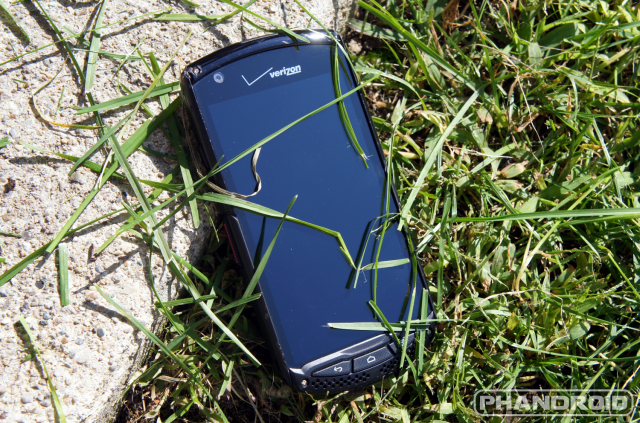 The design of all rugged devices usually follow the same formula. Manufacturers figure that the people buying a rugged device are men that don’t care about design. The devices are usually very masculine, with sharp edges and lots of black and red. The Kyocera Brigadier follows this script to the T. It’s shaped like a shield, with visible screws, covered in matte black, and topped off with red accents. Every port is covered with a plastic flap to keep water out.

The Brigadier is certainly not the ugliest device I’ve ever seen on the outside. Software design is another story. Kyocera, of course, has their own Android skin. It’s all glossy metal textures and bright teal highlights. The included widgets are very handy, but some of the uglier ones I’ve seen. It always boggles my mind when a mid-range device is so heavily skinned. They’re wasting their time on something that ultimately slows down the device even more, but more on that later. 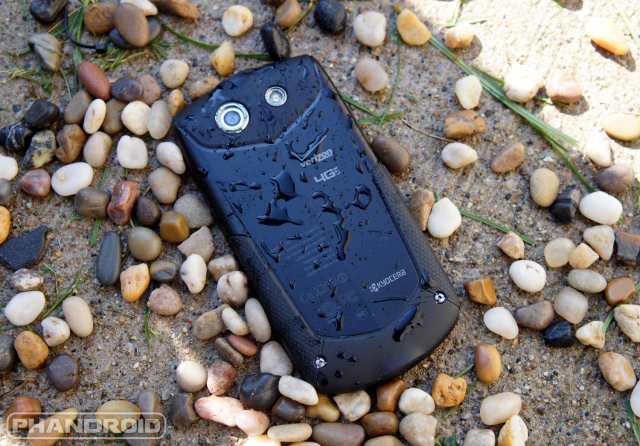 Obviously durability is the main selling point of this device. Kyocera has made sure that every reviewer has ample materials to put this device to the test. Included with our review unit was a brand new pocket knife, rubber glove for water submersion, and a box of rocks. The reason for these items is to put the “Sapphire Shield” display to the test.

It’s easy to make the body of a phone durable, but the weak spot is always the big glass display. Kyocera has developed a proprietary display made out of sapphire, which is second only to diamonds in mineral hardness. This means the display is virtually scratch-proof and unbreakable. Of course we had to put this to the test ourselves.

This phone can take a beating. I dropped it on cement from five feet up several times, dumped rocks on it, submerged it in water (including flushing it in a toilet), attempted to scratch the display with a brand new pocket knife, and much more. The result? A bunch of scuffs and dings in the plastic/rubber case, but not a scratch on the display. Pretty impressive results, but durability is more than just skin deep.

We tortured the Brigadier much more than most people would with regular use. Chances are you’re not going to drop it, drown it, flush it, feed it to a dog, scratch it, and stab it all within the span of a couple of hours. How could we resist? Kyocera practically dared us to break this phone, and we may have succeeded. After all of our testing the device seemed to work fine…at first. Then the charging indicator was stuck on, and it started randomly rebooting. Now after a few days the touchscreen doesn’t recognize touches, and the power button thinks everything is a long-press.

In regular every-day disasters the Brigadier can take a punch like the best of them. However, if you’re a sadistic phone abuser like me you might run into some trouble. 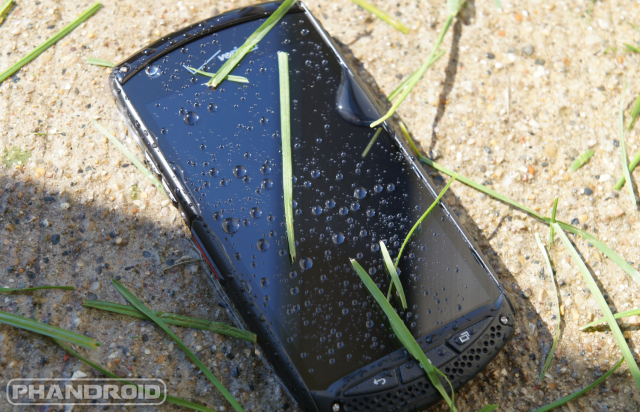 It’s no surprise that durability is top-notch in the Kyocera Brigadier, but performance and camera quality is usually where these devices suffer. Putting time and money into awesome things like a sapphire display means other parts of the device won’t receive as much attention. The Brigadier is not a slow device, but it does suffer from good ol’ Android Lag. It’s especially noticeable when using Kyocera’s custom launcher or when you get a bunch of apps running at the same time.

Battery life is very important for rugged devices. The people who buy these devices demand a lot, especially when it comes to battery life. The Brigadier is packing a 3100mAh batter and even has Qi wireless charging. The good news is you won’t have to worry about charging it very often. I was able to get a day and a half of use before I plopped it on the charging pad. it has enough juice to keep up with your rugged lifestyle. 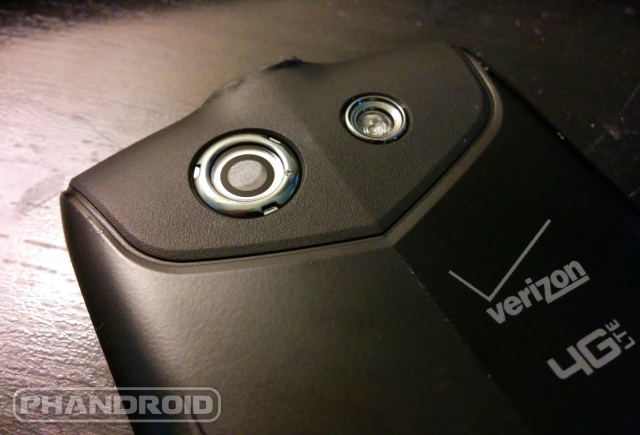 Camera quality is what you would expect from a mid-range device with a 8MP camera. Decent in well-lit situations, sub-par in low light. There’s really not much to say about it, but that is probably a good thing. Chances are if you’re buying this phone the camera is not a huge concern. You want to get quick photos when you’re on a hike or at the job site. The good news is it’s perfectly capable, but it lacks the “wow factor” of cameras on flagship devices. The benefit of this camera is it’s attached to a device that will allow you to still upload to Instagram if you drop it on the sidewalk. 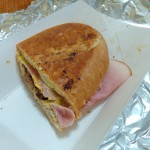 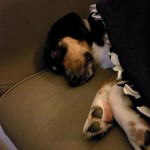 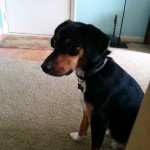 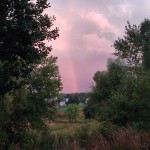 The question I always ask myself when rating a device is “would I recommend this phone to someone?” The answer to that question is tricky for the Kyocera Brigadier. On one hand it’s an excellent device for people who need something durable. But on the other hand it’s nothing more than a decent mid-range device with a killer gimmick. Ultimately I think the people who look for rugged devices like this will be happy with the Brigadier. The sapphire display truly is an amazing piece of technology, but I wish it was connected to a slightly better device.