Back at Google I/O, Google — as they’ve always done — revealed that the attendees would be walking away with some nice gear for purposes of development. With Android Wear being one of the big stars of the show we were sure a watch would be on tap. To the dismay of those attendees, though, they weren’t able to walk away with the very attractive Moto 360 — they instead could choose between a Samsung Gear live and the LG G Watch.

They did walk away with a promise that they’d be getting the Moto 360 down the line, however, and that promise is close to being fulfilled. Attendees from our very own camp have started receiving emails requesting a shipping address for the circular Android Wear smart watch to be sent to. Here’s a quick line from the email:

We hope you have had time to enjoy your Android wearable. During I/O we mentioned we would send out Moto 360s as soon as they became available. We are happy to announce that we will be able to send your device after it launches later this summer. In order to do so, we need your preferred shipping address (sorry, no PO boxes). We are starting to collect addresses early so that we can get your device to you as quickly as possible after launch.

Note the emphasis on “after launch”: they mentioned that a few different times throughout the email for good measure. So when, exactly, is launch? No word on that officially, but the email goes on to state that the deadline for sending your information is on midnight Pacific on September 5th. That puts the deadline a day after Motorola’s newly-scheduled event in Chicago where they’re expected to fully unveil the Moto X+1, Moto G2 and to potentially give us our first full look at the Moto 360 and its software.

It wouldn’t be a bad guess to suggest the device will launch on that date. They’ve always given “late” summer as the launch date, and with Labor Day marking the symbolic end to that season that’s as late as it gets. Summer doesn’t “officially” end until September 22nd, mind you, so there’s always a chance it could launch a tad later into the month.

Think it’s farfetched to suggest they’ll launch a smart watch and two other phones that day? Consider that the Moto X had already been announced by this point last year, and it wasn’t until a few weeks later that we’d seen it available. It’s entirely possible Motorola delayed the announcement of the Moto X+1 (we’ve always heard they wanted to launch the watch and the phone side-by-side) so that they could deliver the goods sooner than they could pack the event up and go home. We saw that happen with the HTC One M8 earlier this year so it’s not like there’s no precedent for it.

Of course, that’s just a guess and we could end up waiting a bit longer. The important thing is that they’re making noise about it, and no offense to Samsung and LG’s solid offerings, but it feels like we’re finally about to get the Android Wear watch we’ve been waiting for. 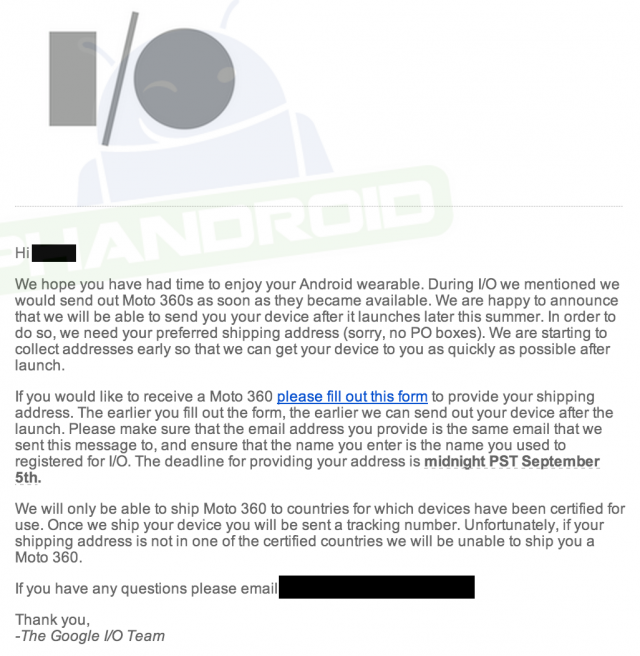