Say goodbye to Google TV and hello to the wonder you see us groping in the video above. Android TV is a renaissance of Google’s first stab at the smart TV market. While we won’t be seeing any consumer products until we head closer to the end of this year, developers have already been treated to units of the ADT-1, Android TV’s first development platform device.

One of the things early Google TV devices were chastised for was under-performing specs. The lackluster internals made for sluggish experiences (so much so that some of them became flat-out unusable after a while). Thankfully Google has looked to remedy that as they came out the gate strong with some pretty impressive specs:

The device is fully unlocked out of the box, natch, so Google’s inviting developers to go nuts and come up with anything they can to help get this platform ready for launch later this year. It’s far too early to tell what the result of such openness will be, but we have a feeling it won’t take long for developers to pour their heart, soul and code into these boxes.

Android TV appears to be quite simple at its core. It takes on a lot of the same qualities Google TV had: it combines live television with internet video sources such as Netflix, Hulu and YouTube to give you access to nearly anything you’d want to watch at a moment’s notice. 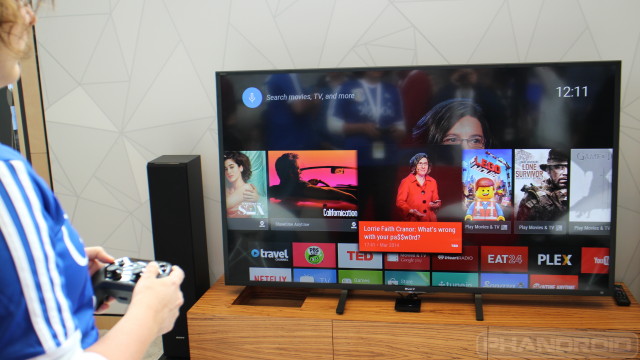 All of that will leverage voice commands, search and Google’s Knowledge Graph to help you find what you are looking for and learn everything about it with ease. Not lost on us is the much improved user interface that presents all your content in a way that’s very pleasing to the eye, and it’s easy enough to zip around said interface thanks to the capable hardware sitting inside.

Where Android TV steps things up a notch — nay, a ton — is the department of games.  One of the important things they wanted to do from the starting gate was build games into the platform in a way that developers won’t even have to think about porting their wares over to the big screen.

This includes integration with the Google Play Games platform for access to achievements, leaderboards and multiplayer gaming. We saw examples of gaming with controllers to give folks a console-esque experience, and with that powerful Tegra 4 chipset inside this could turn out to be a very versatile piece of equipment. 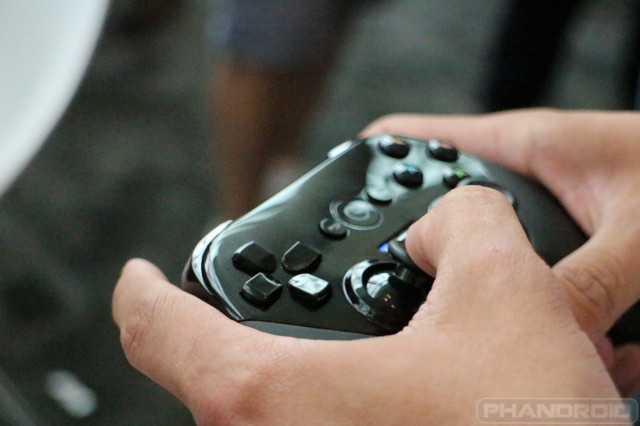 Google also mentioned that the platform would have “Cast” capabilities, so the ability to beam music, movies, photos and even mirror your Android phone or tablet’s display should add a lot to the experience. Needless to say this should prove to be a much more useful, usable and exciting package than Google TV was in its infancy, and it’ll be exciting to see what future iterations bring us.

In case you were wondering how the ADT-1 and its controller looks from every angle this handy photo gallery should do the trick: 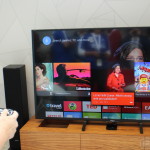 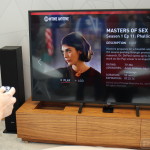 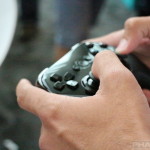 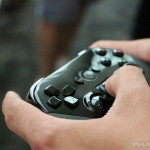 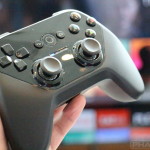 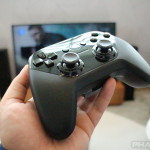 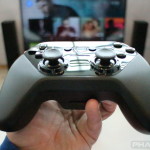 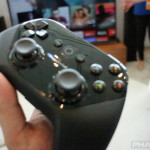 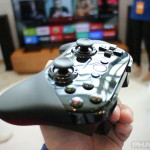 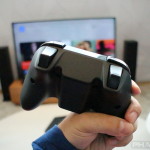 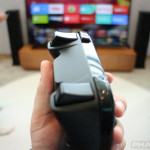 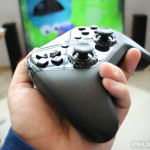 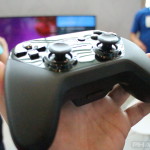 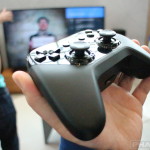 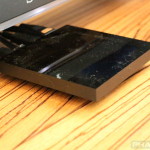 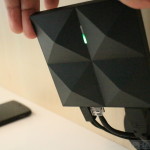 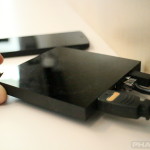 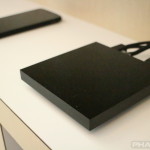 Will you buy one?

So after Google’s second (and seemingly successful) attempt at the smart TV game — will you buy one? Granted, you won’t be able to get the ADT-1, but we should see manufacturers start to push out set-top boxes and televisions with Android TV built-in by this holiday season. Let us know your thoughts in the comments below! 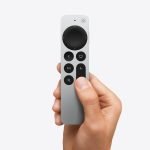