Car Maker Audi shows off their own Android Tablet [VIDEO] 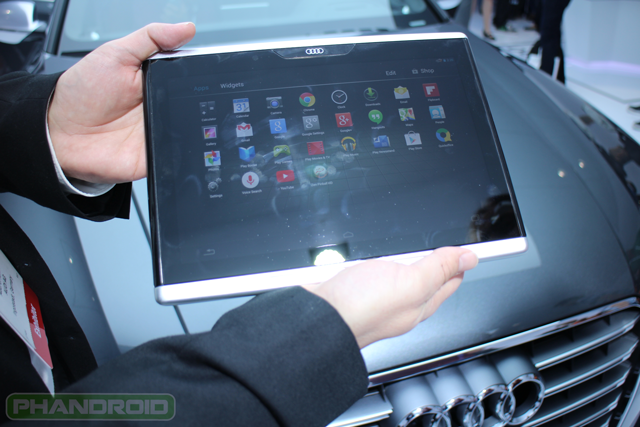 The future of automotive tech is bright and exciting. At CES 2014, Google and it’s partners formed the Open Automotive Alliance, hoping to revolutionize the automotive tech industry just as Android and the OHA revolutionized mobile. One of those partners – Audi – wasted no time, showing off a sleek Audi Android Tablet soon to be found in their cars.

The tablet is pictured with the Audi S8 but isn’t yet offered in any Audi models and likely won’t be for at least another year. They did, however, have a demonstration of the tablet’s unique auto-focused features.

A few feature examples seen in the below video:

The future of automotive tech is bright and exciting indeed, but don’t forget uncertain and unstable. Shortly after CES, a California court struggled to identify the role technology should play in vehicles, legalizing the wearing of Google Glass when driving (in California) but suggesting that operating the device while driving would break the law.

The balance between improving the automotive experience and encouraging illegal driver distractions is a delicate one, and in this case, Audi distinctly avoids the latter. It’s important to reiterate that this Audi Android Tablet is designed for use by passengers, not the driver.

The tablet will have it’s own mounted display in a passenger convenient position, allowing detachment and interaction with the display, settings, and software of the car as a whole. Below you’ll see the main dash and Audi Android Tablet side by side. 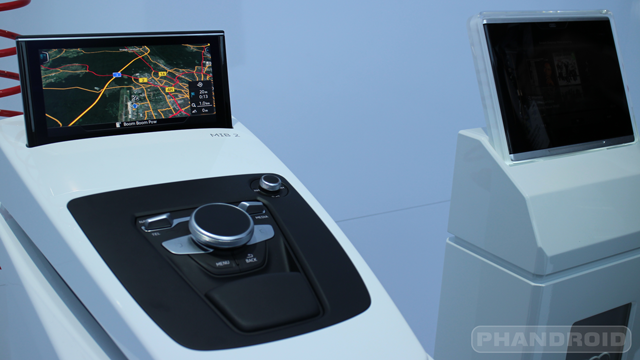 That doesn’t mean the company isn’t exploring more immersive driving experiences as well. The financial risks of investing in technology that could potentially be rendered unlawful are huge, a burden likely softened by the Open Automotive Alliance, allowing participating companies to jointly shoulder the burden and collectively reap the benefits. 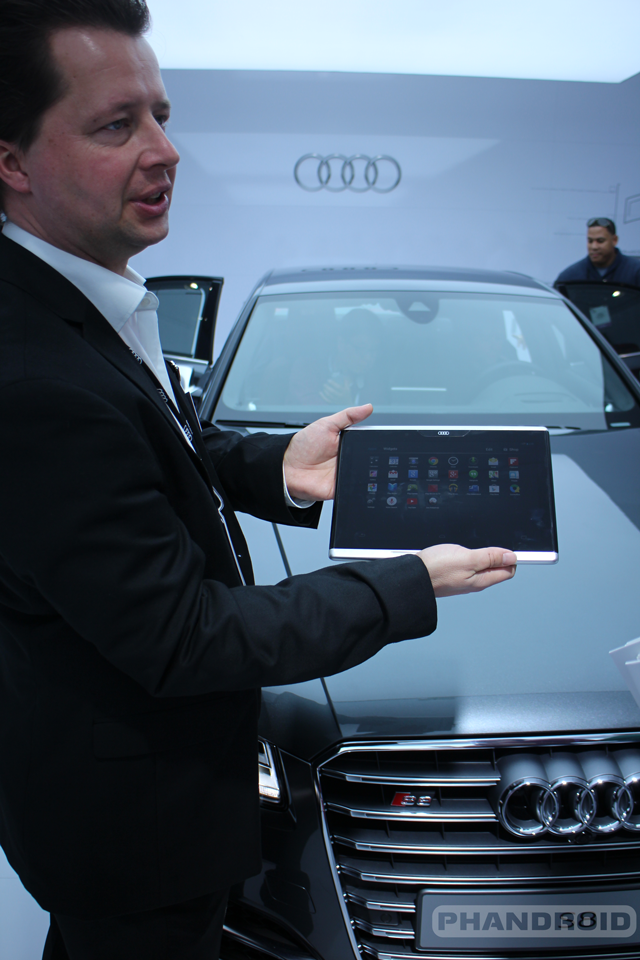 This is just the tip of a beautiful iceberg… hopefully the titanic US Government can get out of their own way and avoid a head on collision.

The founding members of the Open Automotive Alliance consists of Google, Audi, GM, Honda, Hyundai, and NVIDIA. Look for these leaders to make some huge plays in the auto-tech space in the next couple years. 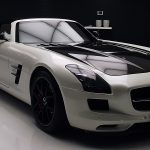 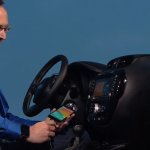 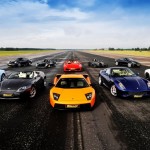 Google’s Open Automotive Alliance is a