Back in October, rumors that Google was hard at work on a revised version of the still very beta Google Glass came to fruition when the Project Glass team officially unveiled the all new Google Glass v2. The best part was then current Glass Explorers were given the 1-time opportunity to swap out their pre-release hardware for the newer version — completely free of charge. 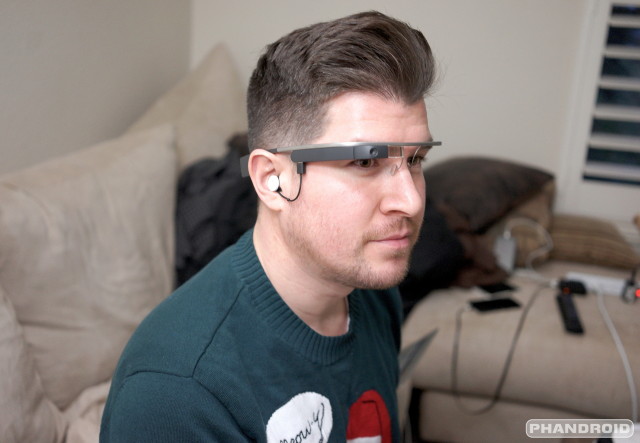 After shipping our dusty old Glass last week (Google was nice enough to provide the packaging), today our new and improved unit finally arrived. Before we dived into the packaging, we figured we’d share with you — our readers — the unboxing of Google Glass 2.o, to give you a better idea of what to expect should you find an invite landing in your lap in the near future. Let’s jump right in. 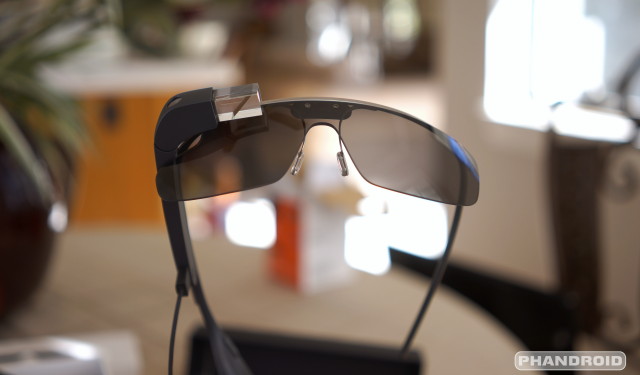 Really, there are little-to-no differences, aesthetically, between new and old Glass. Google did point out that Glass 2.0 will offer compatibility with their new line of accessories. This includes not only earbuds, but prescription lenses as well. Giving the Glass 2.0 the careful once over, we noticed the nose piece has been spaced a little further apart, allowing for not only a more comfortable fit, but easier attaching of the sun shades. 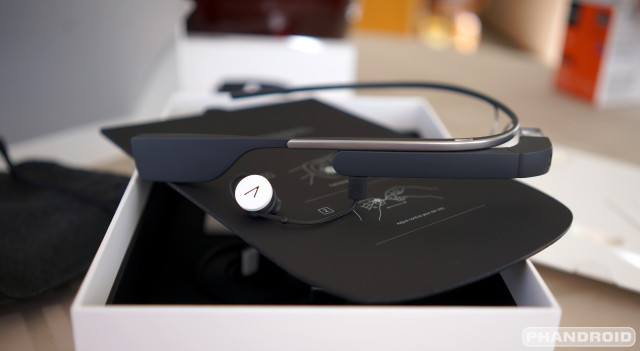 Inside the box, everything remained the same as our original unboxing, except bundled inside the carrying case was Google Glass 2.0’s new mono earbud. The accessory plugs right into Glass’ micro USB port, and offers drastically improved volume when in noisy environments, one of our biggest issues when using Glass in public.

Another new addition arriving in Google Glass v2 is the controversial wink to capture feature introduced in the XE12 update. The “experimental feature” can be found buried in the settings menu and once enabled, allows the wearer to snap pics using Glass with a simple. After setting it up, it seemed to work fairly well. The actual display doesn’t even have to be on for it to work, making it extremely incognito.

Keep an eye on Phandroid for more Google Glass coverage. Also, don’t forget to check out the Google Glass forums where, if you’re lucky, you might even be able to snag a Glass invite (providing you have $1,500 burning a hole in your wallet).