We’ve seen the Nexus 5 leaked every which way since Timbuktu. Hell, even Google themselves gave us a look at an official image of the device. That particular episode was a mistake, of course — all traces of the device were quickly wiped away from the servers just moments later. But, as we all know, nothing is ever truly deleted on the internet, so it’s still swirling about for all the world to see.

Now, leakster extraordinaire @evleaks has gotten a press shot of their own, with the device shown in all its charcoal-black glory. Not much has changed since we last saw the Nexus 5, but another appearance of the handset through @evleaks suggests we could be close to an official launch. How close, exactly, is tough to say, but there are a few theories still swirling about. 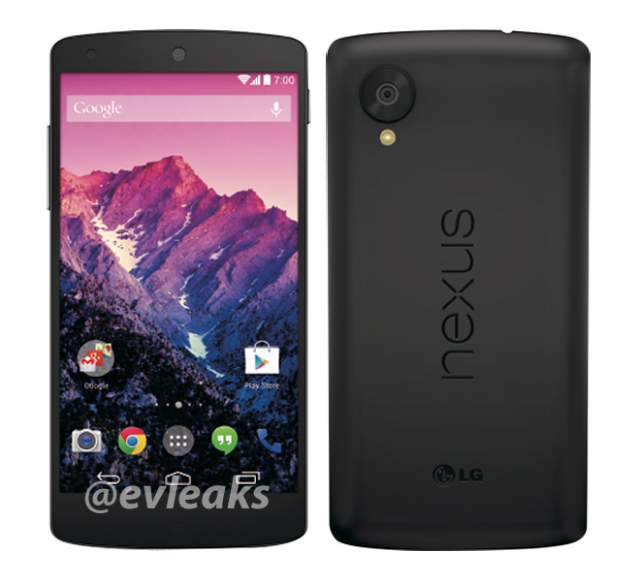 Some folks are still clinging to the October 28th unveiling after many other rumored dates have come and gone. It’s a Monday, and this timing gives that particular date more strong legs than we could hope for at this point. And if all else fails, “end of October” is still a possibility — even if that means interrupting the trick-or-treat activity to drop some breaking news.

The only thing we’re still scratching our head about is the fact that there has yet to be an event scheduled — at least, not to our knowledge, anyway. Perhaps Google decided that an event wasn’t necessary, and instead decided to do everything online. We’d hope that’s not the case, though, because we’d love to be able to get our hands on this bad boy as soon as possible.

The Nexus 5 is rumored to be a 5-inch handset with 1080p HD resolution, a Snapdragon 800 processor, 2GB of RAM, an 8 megapixel rear camera with a 1.2 megapixel front camera, Android 4.4 (stock, of course), and more. As we were treated to with the Nexus 4, we’re expecting two different storage configurations (16GB and 32GB, most likely), neither of which would come with a microSD card slot if Google’s recent handset and tablet launches are anything to go by. 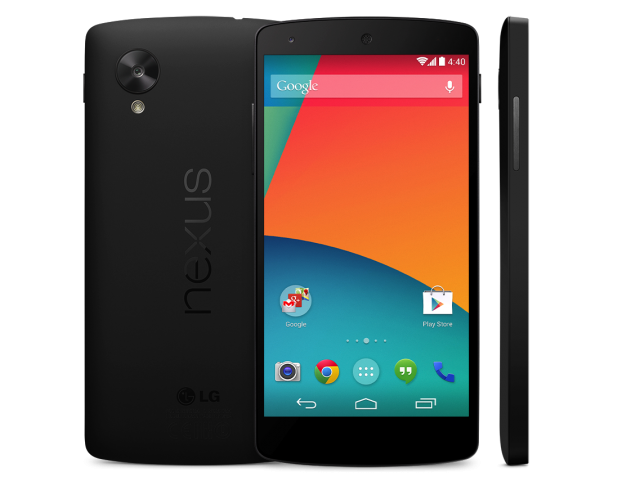 We’re expecting Google to price this thing around $300 – $350, as the software giant is interested in getting these things into as many folks’ hands as possible more than turning a profit on hardware alone. We’ll have to play the waiting game for a while yet, but it feels like we’re quite close to getting the treat we all deserve (unless the folks at KitKat and Google are interested in tricking us some more, of course).