What are Samsung Micro, S MUSICIAN, and 5 other new Samsung trademarks?

Companies tend to enjoy going on trademarking schemes, even for names they will probably never use. Well, Samsung is the latest to fill the USPTO up with some new character marks which give nothing but the vaguest clues as to what they could be. We’re not sure what any of this could be, but here they are:

Two of these — Samsung Mobile 5G and S MUSICIAN — could be the easiest picks of the litter. The former might refer to the breakthrough in wireless data Samsung announced a couple of months ago. The company achieved gigabit throughput speeds to a single phone, completely over a wireless network. There’s no official “5G” standard yet, but Samsung sure wants to make sure it latches on to a name well ahead of time. We’re still a bit of ways away from seeing 5G, though, as the company doesn’t expect the technology to be ready for public deployment until the end of the decade. 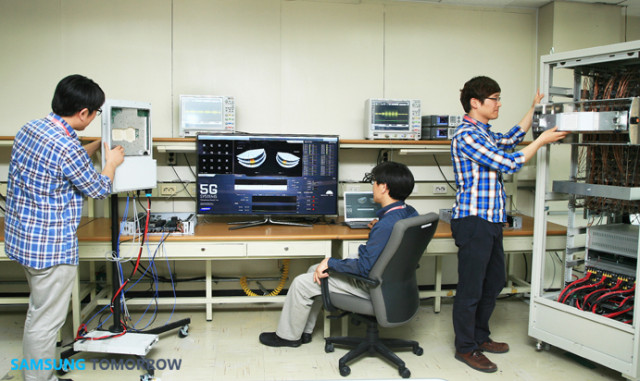 The latter sounds like it could be a music creation app, though that’s a bit more of a stab in the dark than anything else. I mean, Apple has one, so Samsung should have one, too… right? Just kidding, folks, don’t get the pitchforks out. The others are a bit more tough. Samsung Expo could be the “cool” name for the company’s developers’ conference it’s putting on this October. The other four — Fit, Micro, Go, and Pro — could all be fitness related. It sure wouldn’t hurt to see Samsung introduce some wireless vitality peripherals for Android 4.3 devices.

That said, let’s come back down to earth and realize that this is all one big guessing game until Samsung decides to let us in on the secret. It’s totally possible some of this stuff will never be used, but that doesn’t mean we won’t be on the lookout for them either way.