The last year or two has seen a sea of change when it comes to the design of Android apps. Unless the developer has provided exceptional functionality, he can no longer expect success if the app doesn’t look good. In the Design Love series, I’ll share some of the best examples of the growth the platform has seen. So far, I have written about Camera Zoom FX, Ovo Timer, Flib, 7X7, Feedly and ADiA.


I felt quite excited this week when Marco Paglia took to Google’s official blog to announce the “Beautiful Design Summer Collection 2013”, which are some of the best designed Android apps as per him and the rest of the Android Design Team. Why? Because I love discovering new stuff, and I was hoping to find some stuff that I could then highlight in this series.

While I had already tried most of the apps mentioned, there was one that really piqued my interest: Grand St. The app is essentially a curated list of cool tech products. The team at Grand St. goes to great length to not only find neat little gadgets, but also spends some time with them to have a review available besides it. Additionally, signing up within the app (via Facebook or Google+) allows you to purchase the products from within the app itself. 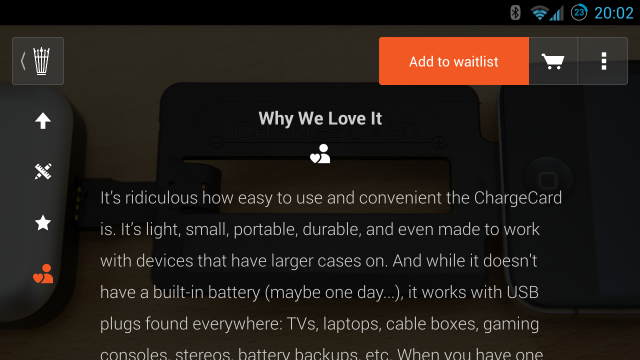 What stood out for me, however, was the detail in design of the app. Thanks to the likes of Amazon and eBay, I have been under the impression that a well designed eCommerce portal just can’t exist. Grand St., on the other hand, feels more like a magazine masquerading as a product catalog. The reviews were really interesting, too, though they should probably be taken with a pinch of salt considering the app’s goal is, after all, to sell the products.

I did run into a few issues, with a few forced closes. Also, curated content comes with the disadvantage of a lack of fresh content, but that’s understandable and I’ll definitely keep the app around, opening it every other week or so to see what’s new. 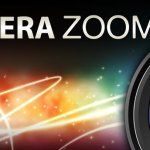