The last year or two has seen a sea of change when it comes to the design of Android apps. Unless the developer has provided exceptional functionality, he can no longer expect success if the app doesn’t look good. In the Design Love series, I’ll share some of the best examples of the growth the platform has seen.

The first thing you notice when you launch Camera Zoom FX 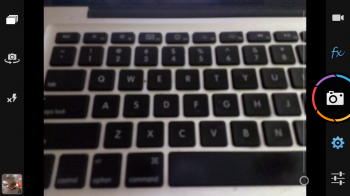 While I typically love the design of everything Google has developed in the last couple of years, particularly since the launch of Google+, I must admit that I was extremely disappointed with the built-in camera app in Jelly Bean. While it’s neat and tidy, and I can certainly understand if people enjoy the immersive experience provided by hiding away controls as much as possible, I have seen quite a few people struggle when they try to deal with the additional settings. Heck, even I make mistakes virtually every time I try to fool around in there.

Camera Zoom FX feels like a throwback in some regards, while still giving the user a lot of controls (which I’ll get to in the next section) without looking complex. Just have a look at the screenshot, and you’ll immediately know which options are hidden where.

OK, it looks good. But what functionality does it bring to my device? 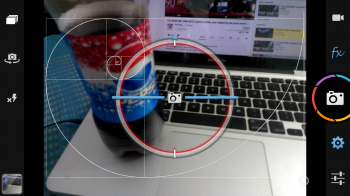 Everyone loves to take great photos, but most lack the knowledge of the basics of photography. Camera Zoom FX can help you to improve a lot. For example, you can see my typical set up in the next screenshot. It consists of a Phi grid (read more about it here), instead of the more common grid system based on the Rule of Thirds.

I also use a couple of additional overlays, including one called the Horizon which helps you to ensure your images aren’t tilted. The other is a stability indicator which adds those red lines you see inside the centre circle when there’s too much movement.

It’s probably overkill, but I suck at taking photos. I’ve ruined far too many over the years, so I have started to practice when I’m free taking photos of objects lying around, working on my composition with and without the overlays. Hopefully I’ll get much better really soon.

Additionally, Camera Zoom comes with some great set of filters. Before I began using Pixlr Express, Camera Zoom was my go to app when I wanted to add some textures, vignette, frames and the lot. There are also some additional settings including collages, timers and one for voice-activated photography. You can also set it to take photos from your physical buttons, such as the volume buttons I’m using on my HTC One X.

However, if all you are really looking for is a good app to replace the in-built camera on your device with a lot of additional features, particularly if you want to learn a few things about photography, Camera Zoom FX is a great option for you.

You can download Camera Zoom FX here. If you would like to suggest an app for Design Love, or give your thoughts on Camera Zoom, do let us know in the comments.

The time has finally arrived. Samsung has announced that the next Unpacked event will be taking place on August 11th. This is expected to be one of the largest Unpacked events that we’ve ever seen, with a myriad of devices likely to be announced.As the invitation shows, Samsung wants you to “get ready to unfold”. … 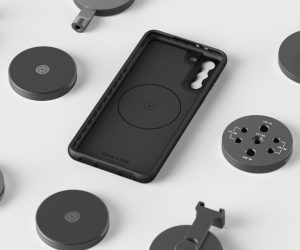 For better or worse, Apple’s MagSafe technology is pretty convenient as there are a myriad of accessories that enhance the overall experience. Moment is taking things to the next level with its latest series of cases. The company already had a line of cases designed to work with MagSafe on the iPhone 12 lineup, but … 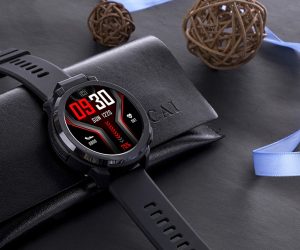 Most smartwatches tend to share a similar design which extends to the features department, but the Kospet Optimus 2 has defied convention with a rather unconventional design that weâ€™ve yet to see in another smartwatch.

more_vertHuawei P50 said to be available outside of China

The Huawei P50 lineup is being unveiled on July 29th, just next week. But one of the questions leading up to next week’s event is where the phone will be made available. The obvious first option will be China, but according to Huawei, the P50 will be made available in other markets across the globe.According …