The Evolution of Nexus: A look at all Google Nexus devices to date

It all started as a little experiment. A couple months after Motorola, Verizon, and Google launched the first Motorola Droid as the exclusive launch device of Android 2.0 Eclair, Google introduced the Nexus One in January of 2012. Manufactured by HTC, the phone would not only act as the first device to run Android 2.1, but it would do so while attempting to change the way consumers made their smartphone purchases. Rather than heading to a carrier store and signing away the next two years of mobile independence to purchase the handset at a subsidized pricing, Google would offer the phone directly at full price and give buyers the freedom to choose their own service provider. But the experiment failed and Google soon dropped out of the device sales game. 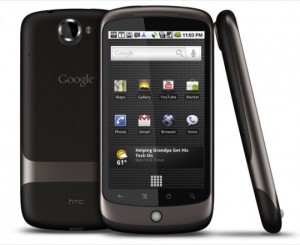 Back then the Nexus One was top of the line hardware. It featured a 1GHz Snapdragon processor, 3.7-inch 480×800 AMOLED display, and a 5MP camera. Today these specs wouldn’t even suit most mid-range devices, but the N1 will forever stand as one of the best examples of an Android handset ever produced.  It also set the precedent for future Nexus releases. Each handset would usher in a new version of Android, and Google promised that all manufacturers would have a chance to earn themselves a Nexus device in their lineup.

But the Nexus One was not commercially successful, despite Google ditching its initial strategy and eventually launching the handset via the normal carrier model. Later in 2010 it became the first handset to be treated to Android 2.2 Froyo. Hardcore fans and developers lived and died by the Nexus One, its trackball becoming an Android icon, but soon better hardware was making its way to market and the N1 slowly fell from popularity. 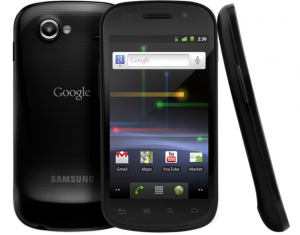 By December 2010 Google was ready to launch the next iteration of Android, Gingerbread, and a new Nexus device was in order. This time Samsung was tasked with developing the phone after the tremendous global popularity of their Galaxy S phone. Largely based on the same hardware, the Samsung Nexus S featured a larger display than its predecessor at 4.0 inches, this time utilizing Super AMOLED technology to provide brilliant image quality despite featuring the same screen resolution as the Nexus One. The phone still ran on a 1GHz processor, but it was built around Samsung’s Hummingbird platform. New features included a front-facing camera and NFC support, both slightly ahead of their time but vital to shaping the future of Google’s mobile OS.

The Nexus S launched with a more traditional sales model and soon became a hit among Android die-hards, as with Nexus One before it. The phone became the standard for Android 2.3 development, but once again more powerful hardware and new software advancements began to make the handset feel dated in some aspects. Cleaning up the Android code to offer better performance meant that the Nexus S would not soon be relegated to obsolescence, but for the biggest Android update to date Google needed something that offered a bit more. 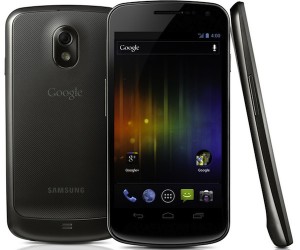 After branching off of the original Android tree to develop Honeycomb, a tablet-oriented version of the OS that did not feature its own Nexus device, Google decided it was time to bring things back together. They did so with the launch of Android 4.0 Ice Cream Sandwich and another Samsung-made phone, the Galaxy Nexus in December 2011. This time based around the Galaxy S II, the Galaxy Nexus was the first in the line to feature multi-core processing, an HD display, and LTE connectivity.

The hardware provided the perfect platform for the sweeping changes the Android Team made to Ice Cream Sandwich’s user interface and functionality, and the device still stands as the development platform for the newly announced Jelly Bean iteration of the operating system. Android 4.1 was not without its own launch device, however. 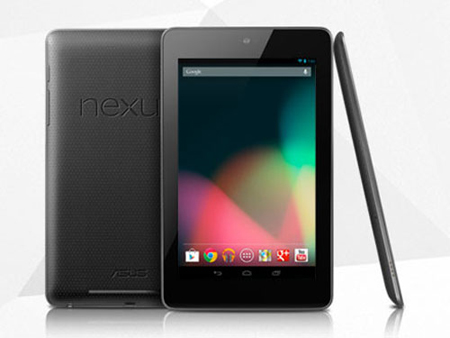 Rumors of a Nexus tablet can be traced all the way back to the Nexus One and Nexus S, when Apple’s iPad was just starting to take hold of the world. With the launch of Android 4.1, the rumors finally became a reality. Designed by ASUS and based around NVIDIA’s Tegra 3 platform, the 7-inch slate features quad-core processing and all the other marks of a modern tablet deemed worthy of Google developer status. This of course includes features like NFC and wireless connectivity ranging from WiFi to Bluetooth.

But more so than it’s hardware or new software, the Nexus 7 will be known as Google’s first big push back into device sales since the Nexus One. While the Galaxy Nexus recently became available for purchase directly from Google, the Nexus 7 adopts an aggressive pricing strategy in hopes to undercut the competition and bring the tablet to as many users as possible. But the Nexus 7 would not be the only new device Google would offer for sale, nor would it be the most unique form factor.

Up to this point, all Nexus devices took on a familiar form. Even the Nexus 7 didn’t buck the trend, despite its larger size. The Nexus Q isn’t so easily categorized, a futuristic sphere designed to act as a social media streaming hub. Controlled by Android devices, the Nexus Q can connect to a TV or set of speakers to play back music, video, and web content. It is built up using some of the same hardware found in the Galaxy Nexus and runs Android, but Google isn’t planning to sell the device as some sort of Android PC. The Nexus Q is more about the experience of interacting with others, using the cloud to store and share music libraries or movies.

The Future of Nexus

So what’s next for the Nexus line? Perhaps a more obvious choice than the Nexus Q may have been a Nexus device running Google TV, the internet TV platform Google had little to say about during the I/O show that saw the unveiling of Android Jelly Bean, the Nexus 7, and Nexus Q. It makes sense for Google to feature a Nexus product for each of their Android-based platforms, from tablet to television. And what about future Nexus smartphones? We’d guess a quad-core processor and HD display is almost a given. But can we expect the release pattern to remain the same? And if so, who is on tap for the next edition?

While it can’t be said for certain, the launch of two new Nexus devices simultaneously suggests Google may be shifting from their one-device-a-year flagship release strategy. The timing of Jelly Bean flips the script a bit, and we may have to wait for a new Android version to see the next Nexus. However, recent whisperings suggest that Google may launch an entire lineup of Nexus phones from various manufacturers later in the year and sell them all directly via their Google Play Store. One thing is for sure, the Nexus has been the pulse of Android, both in the realms of software and hardware, since the line was first introduced in January of 2010. Each new device sets a precedent for all those to follow, offering an example of how to beautifully marry advancing software functionality with powerful hardware design.