All the new features in Android 4.1 Jelly Bean

Google have announced that Android 4.1 Jelly Bean is on its way to developers and users alike. With the update coming sometime in June, users are going to want to see what to expect from this incremental update. Don’t let the .1 fool you: this thing is jam packed with changes that will make it feel like an entirely new experience. Let’s run through them.

While we thought Google’s performance gains with Ice Cream Sandwich were more than impressive, they’re claiming to be able to do even better. With new technological approaches to graphics drawing functions like v-sync, triple buffering, and touch responsiveness.

With the ability to predict where you’ll go next in an app Google can can do a bit of pre-loading to make the experience that much smoother. All of this will converge into a change that will allow the OS to maintain a smooth 60 frames per second no matter what, and that’s exactly what we’ve been asking for from the get-go.

Moving widgets and apps around on your home screens will now be even easier thanks to some changes Google have made. When moving a widget around apps will automatically wrap around it so you won’t need to go through the cumbersome process of moving individual icons around, deleting them, re-adding them, etc.

Widgets can be re-sized automatically when you’re moving it from one pane to the next. It’s a natural extension of the folder’s wrapping feature and we are glad it’s finally part of the home screen as a whole.

Google announced that voice input would no longer require an internet connection: everything you need for voice-to-text and other voice features are embedded into the software. This is perfect for those who want to get some work done using voice but can’t seem to find an internet connection.

Google’s also made changes to the keyboard by adding a predictive text system that will predict what you want to type before you type it. While we’ve had this sort of prediction in third-party keyboards like SwiftKey for quite some time, we are always glad to see stock apps give more functionality.

And now, more users can type on the keyboard as Google have finally added native support for Arabic, Persian, Hindi, and Thai. As for that accessibility part, those who have disrupted vision will be able to use gestures to do many things in the OS. Swiping and touching are all you’ll to navigate the device.

The camera’s gotten some minor, but nice improvements. You can now view the images you’ve just snapped by swiping your finger across the viewfinder. Sliding to the left reveals the photos, and sliding to the right will bring you back to the viewfinder. And if you don’t like a certain image you’ve taken, deleting it is as simple as sliding it out of the way.

Android Beam was notoriously lacking when it was first announced. You could only send a very limited amount of content to people. Google have announced that you can now do so much more with it. You can share photos and video to others who have an NFC phone and Android Beam enabled.

That’s not even the best part. Google’s announced functionality that would allow you to pair your devices up with Bluetooth-equipped accessories simply by bumping the two devices. While no specific accessories have been announced yet, we look forward to seeing who’ll be adding this stuff to their accessories.

Here’s the biggie: notifications have gotten a massive overhaul for the better. Actionable notifications allow you to do way more in the pane than you’ve ever been able to do. Google’s making it easier for you to read and react to app updates without having to go into the actual app. 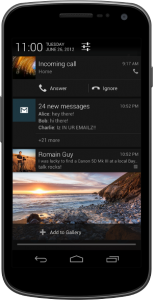 Expandable notifications allow you to do things like read the beginning of an email. You can snooze a calendar alarm from a notification and you can email every guest with a preset or custom message from within that same notification.

A photo shared from Google+ gives you a preview of the full photo so you can decide whether or not you want to check out a bigger version. You can +1 that photo and share it from the same notification.

In Foursquare, you could like and comment on your friends’ check-ins. With TuneIn Radio, you can skip a song, play or pause a song, and even save it as a favorite. With a swipe of two fingers, Pulse will give you the latest headlines and preview images to go along with them.

Google’s giving developers complete freedom in what they can do with their actionable notifications. This should excite many people as I’m sure developers will not hold back. I could spend all day dreaming up some useful notifications for my favorite apps.

Finally, Google’s introduced Google Now, a new way to search for anything you want or need. I hate to use the “S” word, but this is pretty much Google’s Siri. We’re not sure if this is what Majel turned out to be or not, but it’s pretty much what Google said it would be (ie, something beyond the scope of Siri).

Google Now lets you search for the most general of terms or the most specific facts and it will return those results in a great way. For instance, I could ask the height of the Eiffel Tower and Google would spit back 1,063 feet. These will come in the form of Knowledge Graphs which not only give you the answer you were looking for, but more details about that item.

A Knowledge Graph can be dismissed to reveal more information about whatever it is you were searching for. Knowing the height is nice, but knowing why such a tower exists also comes in handy and you don’t have to much of anything to go deeper in your searches.

You have the option of enabling a voice that will speak the result back, and it understands plain English so you can forget about looking at a list of suggested phrases.

But the really interesting thing is in Google Now. Google Now will learn your personal life based on the things you do in Google Search and other Google sites. If you seem to search about the Packers a lot, Google Now will ping you when a game is near.

It knows where you work and where you live, and as scary as that sounds it sounds pretty cool. It’ll let you know the traffic to and from your destination once the time it thinks you usually go to work approaches.

It sees that you have meetings and will go a step beyond just alerting you. You will be given the best possible route to get to that meeting in a certain amount of time, and it even extends to public transportation by letting you know which route to take as well as what time your designated buses and trains should arrive.

If you’ve recently done a search for a certain flight it will give you flight details including which gate to board your flight. And the cool thing is that all of this happens without you needing to tell it: it just happens.

All of this is coming our way sometime next month. The SDK is already available for developers who want to start upgrading their notifications, and users can look forward to all of the changes sometime down the line (it will depend on your carrier and OEM, of course, but GSM Galaxy Nexus and Nexus S owners shouldn’t have anything to worry about). We’ll sit back and enjoy the smooth ride that’ll be here in no time. What did you guys think of all the announcements made today? 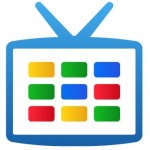 Did Google fail to impress Google TV fans at 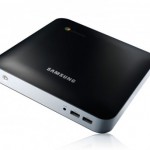 Still time to win one of two Google I/O prize 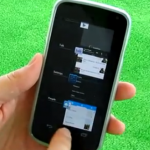 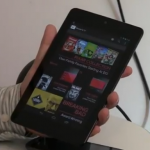 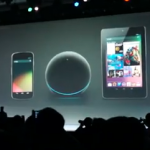