The day has arrived. Today, Google and Samsung will be making a very big announcement in Hong Kong. Beyond some obvious assumptions and minor rumors, much is still left shrouded in mystery. We might simply see the launch of the 3rd generation Google Nexus phone… or we could see something much, much more. 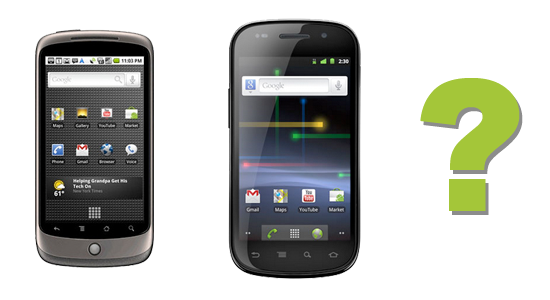 I’ll leave you with some bold possibilities (note: these aren’t predictions) that could really make this event one for the ages.

But first… here are a few things we already know:

We’ll certainly get a phone with Android 4.0, but what pleasant surprises could we see – from decent chance to far-fetched – that might just come true? Here is my list of potential surprises:

The concept of “playing favorites” on a Nexus device, which is supposed to offer the most open and unobtrusive experience, sounds like a no-no. But let’s not forget that never before have all 4 carriers offered a single Nexus device and Verizon hasn’t yet offered EITHER Nexus device (Nexus One or Nexus S). With the announcement of the Droid RAZR for Verizon imminent… this could be a HUGE win for Big Red. However, I’d expect any exclusivity period to be limited. 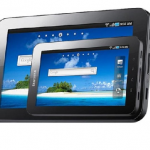 Thus far, the only device we’ve seen rumored is the Galaxy Nexus but let’s not forget that Android 4.0 is all about the convergence of one platform for many devices (although behind-the-scenes in nature). With Samsung already offering the Galaxy Tab 10.1 among others, I wouldn’t be surprised to see them showing off that device running Android 4.0.

It most likely wouldn’t be new hardware, but it’s possible Samsung shows off their existing lineup of tablets running Google’s most recent version of Android, while offering OTA upgrades to existing Galaxy Tab owners and putting it pre-installed on all new tablets. 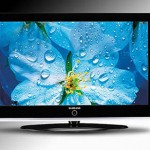 Google TV is long overdue for an overhaul: they already promised us that Android Market would be available on Google TV by the end of the summer and summer is past. They already accepted developers into their Google TV “Fish Tank” program that included real hardware from a real manufacturer to test. In case you didn’t know, Samsung makes some absolutely amazing TVs but they have yet to make a Google TV. Only Sony can stake claim to that area (Sony Internet TV with Google).

I’d be surprised to see a new hardware displayed but would not be surprised if Google announced an immediate and concrete date that Android Market would launch on Google TVs. I also wouldn’t be surprised to hear that Samsung is a Google TV partner with hardware announcements coming in Q1 (CES?) or “Sometime next year”.

But again, from everything we’ve gathered of this event it is strictly a phone launch… so this is on the “highly desireable but not likely” side of the spectrum. 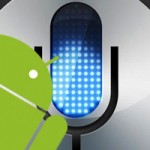 Everyone who has heard about the iPhone 4S is obsessed with Siri, which is essentially advanced voice recognition software and features. I’ve been pretty blown away by critics who call this a major blow to Android. First of all, Android has had some AMAZING voice recognition features for a LONG time now: it’s what I use to compose half of my TXT messages, E-Mails, google searches, driving navigations and a bunch more.

At the beginning of 2011, Google acquired “Say Now”, obviously understanding the future importance of voice recognition software. If Andy Rubin and the gang doesn’t show off new voice recognition features of Android 4.0, I’d at least expect them to show off apps and examples that already provide an awesome experience. Yesterday we posted about Iris, a Siri alternative for Android.

This isn’t a pipe dream but more a matter of timing. Is the timing now? It wasn’t long ago that Google announced (and launched) Google Music Beta which has seen an interesting but slow start. There is absolutely no doubt that Google will continue their efforts towards selling digital goods and multimedia, with music, movies, television, and books at the heart of those efforts.

The rumors that a Google MP3 store is on the way soon have already circulated and it’s plain as day Google will eventually make a move in this arena. Could the venue move from San Diego to Hong Kong have partially stemmed from the desire to flee record labels with which the Big G is currently feuding? It’s possible, but regardless, further announcements to Google’s music, multimedia, and digital goods services could easily be featured.

What do you think about these potential surprises? Any guesses of your own? Hopes/dreams of your own? Share them in the comments!