Want to stream games to your shiny new Android tablet? OnLive, the service that allows you to play console games on devices they’re not made for or not optimized to run on, will be making its way across the pond starting September 22nd. Once it launches, UK users will be able to sign up and buy (or use an existing) OnLive-capable device to enjoy all of the same content that US users have been for a while. You’ll have full access to the same Android application that we do, so rest assured you’re getting a comparable experience. As an added bonus, EuroGamer Expo attendees will have a chance to win one of thousands of OnLive units. Preliminary signups are going on at onlive.co.uk. Full press details ahead.

London, UK – August 11, 2011 – OnLive, the pioneer of cloud gaming, today announced its breakthrough instant-play video game service will launch on 22nd September at the opening of the 2011 Eurogamer Expo London, with over 100 top-tier games instantly available for play via almost any broadband Internet connection throughout the UK on HDTV, PC, Mac, and iPad and Android tablets. Eurogamer Expo attendees not only will experience four days of OnLive hands-on, sneak previews of upcoming games and upcoming OnLive tech, but will be eligible for unprecedented promotions, including handing out thousands of free OnLive™ Game Systems, enabling instant OnLive play on any HDTV.

OnLive membership is free, providing free instant demos of any game, exclusive massive spectating with voice chat of any live game in play on OnLive-whether in the UK or around the world, Brag Clip™ videos of the most awesome (or most hilarious) gaming moments, and Facebook Brag Clip postings and notifications.

Over 100 games, including top titles released the same second as consoles and PCs, available for great deals under a range of pricing plans, including OnLive’s flat-rate PlayPack bundle with over 70 games, rentals and full purchases. With free try-before-buy demos, spectating and trailers all with full Web-based parental controls.

Just sign up for free at www.onlive.co.uk, and get priority access, starting 22nd September with almost any PC or Mac via a small browser download, on the iPad or Android tablet via the free app, or on any HDTV via the OnLive Game System.

As previously announced, OnLive is working closely on its UK launch plans with BT plc, our exclusive broadband partner in the UK. Further details will be announced shortly.

OnLive in the UK will be fully integrated with OnLive’s North American service, including trans-Atlantic massive spectating and voice chat, as well as multiplayer gaming for games suited for long-distance multiplayer. OnLive will steadily expand to other European countries as well as to other continents following the UK launch. Subject to local rules and regulations, OnLive Player Tags will give OnLive members access to their OnLive account anywhere in the world that OnLive is available.

As well as being able to try, rent or buy games, UK members will have access to the best value in gaming: the OnLive PlayPack Bundle. PlayPack subscribers have unlimited access to a growing library of more than 70 games including Homefront Large-Scale Warfare Multiplayer, F.E.A.R. 3 Multiplayer, LEGO® Batman and the original Deus Ex: Game of the Year Edition. 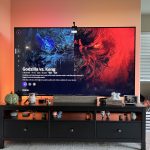 Govee’s running a promotion for its RGBIC L